A couple of unsung finds

Here are a couple of recent (past couple of months or so) finds that kind of slipped through the blogging cracks, but are too good not to share.  (I told you I was a bad junking blogger.)  I'm still working on a really large catch up post of my recent finds, so I hope this will tide you over until then.

First up is this awesome offering plate: 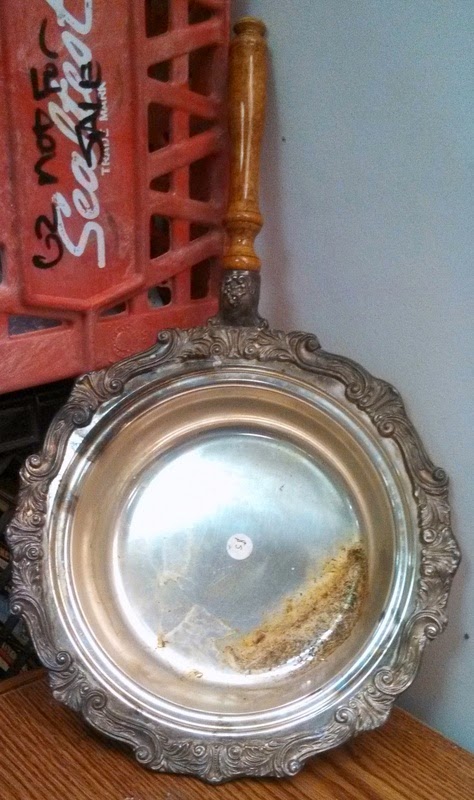 It needs to be cleaned and hit with something to take care of the tarnish, but it is so way cool!  I love it.  It was at this sale where nothing was priced.  The only thing I found with a price sticker on it was the offering plate, which was marked $5.  I took it to the guy running the sale and he took a beat when he saw the price tag.  The look on his face said:  "Oh shit.  I forgot to take that damn thing off."  I already had the five out and in his hand before he could start backtracking on the price.

There's a local church with a Japanese congregation that's part of it.  Every year, they hold a Japanese yard sale.  I usually go, looking for translated manga.  There wasn't any this year, but I did find these guys: 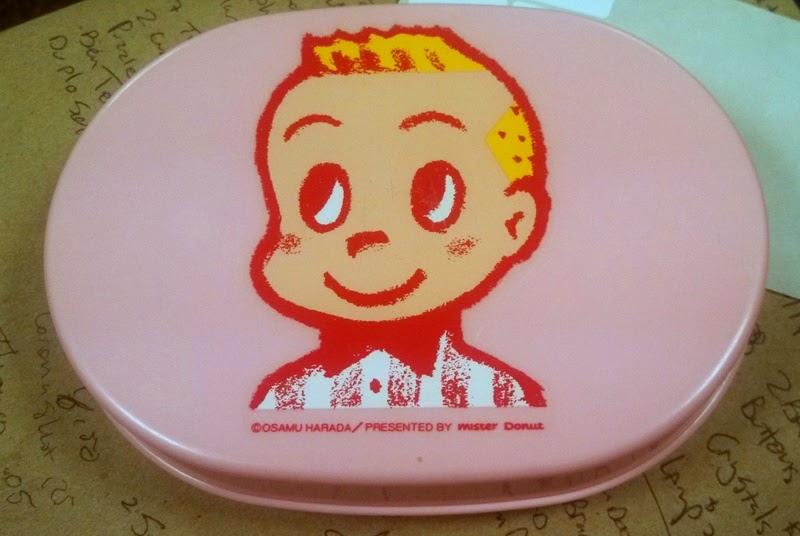 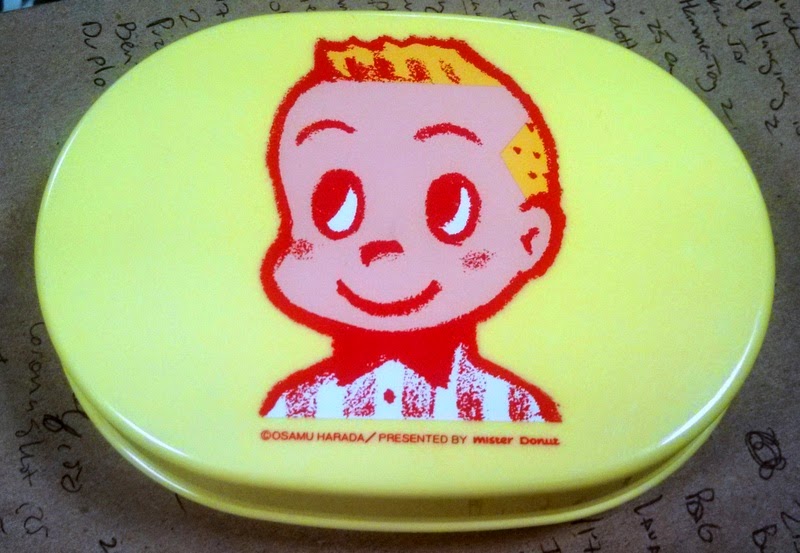 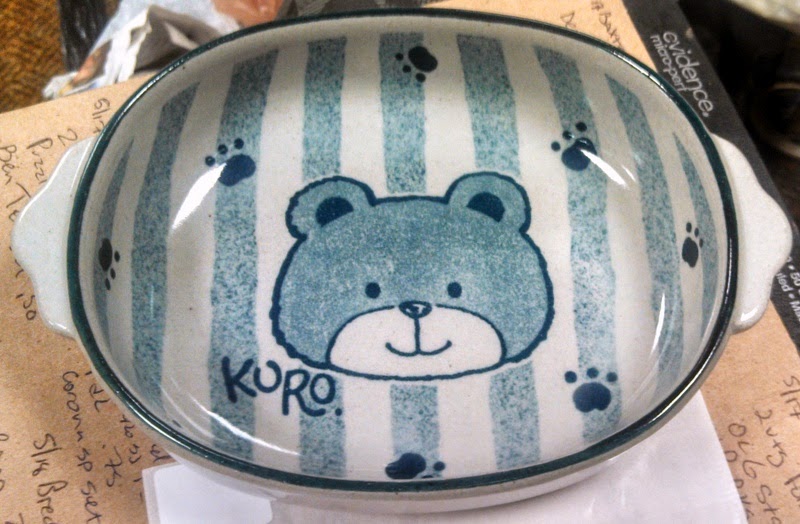 Finally, there's this fun train case that I found at the same church where I got the cheap school desk.  The case was only 50 cents and I nearly lost it moving stuff into the mall that day, which is why it's so late showing up here.  I had stuck it into the book cubby of the school desk and forgot about it, so it went unpriced into my booth.  The desk sold in a day or two, so I was afraid that the case had gone out the door with it. 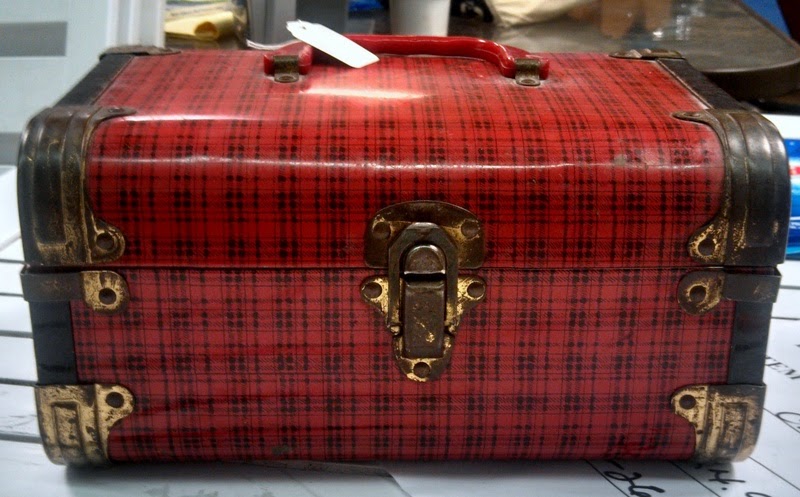 A couple of weeks later, I saw it in a cart of untagged merchandise.  The cashiers won't ring anything up that doesn't have a price tag, so they collect it in a special room.  Vendors are supposed to check for their stuff every so often.  After 30 days, anything that isn't claimed becomes mall property and they tag it and sell it.  So, I was glad to get it back and not have to buy it back.

When I was buying it at the church, it felt like there was something in it.  I opened it and found a bunch of hair curlers.  The woman taking the money said "Oh, those are included at no extra charge."  I kind of grinned at her and then she said:

Me too, it's really cool looking!

I love that plaid case, too. So glad you got it back.

Catching up on some blog posts and I saw the plaid case and fell in love!! Glad you didn't lose it!
hugs!
Linda