Okay, not really. The six days part, that is. We will be home tonight. We set out from Arkansas yesterday. Made it to Nashville last night. Going to do some outlet shopping today and then point the old Buick towards the homestead.

I've been missing my kitties something awful. We had to board Chiquito due to some of his more anti-social tendencies, and I'm afraid it might really freak him out. Plus, I've been seeing black cats everywhere, which almost seems like some sort of sign. So, I'm worried about Kosh. Our cat-sitter says everyone is fine, but I'm still a little concerned. The last trip we both made to Arkansas ended with Basil being put to sleep a few days later. I'm a little nervous. I can't help it.

In thanks to Keith for handling to driving chores so well, here's Lucinda Williams singing about one of the places we passed through on our journeys:

I've found the place where the people telling the racist jokes are actually Obama supporters. Seriously!

"God loves you and sent His Son. He approves this message."

It's touching to saee how politicallly aware these Arkansas churches can be.

We blew a breaker in our hotel room last night. Too many devices recharging while the heat was running.

Believe it or not, you can find a place in small town western Arkansas that serves a wholesome, yummy vegan meal.

I love visiting with Keith's family. I hadn't been able to go for the past couple of years, and I've really missed them. I'm glad I was able to this year. We've spent last night and today with his mother and visited two of his aunts today. Tomorrow, we're going to try and squeeze a little shopping and photography in with the visiting.
Posted by EM at 11/23/2008 10:09:00 PM No comments:

Some thoughts while traveling to Arkansas

Where did November go? This month has been a surreal whirlwind. I think I worked more hours this month than I ever have. I have three major tasks happening at the same time at work, plus a second job, and a new position that I'm starting to transition into. And now it's time for the trip to Keith's mother's.

Seen on a bumper sticker:

"I started out with nothing and have done a pretty good job of holding on to it."

Why is it that we can never get out of town until at least 2:00 p.m.? Even when we plan to do so much earlier?

Tennessee has more state parks than anywhere, I think. Or at least it seems so by the signs on the interstate. I swear we passed an exit last night that had signs for something like a dozen parks.

If they're all that close together, then why not just lump them all together in one mega-state park?

Which Jackson were Johnny and June singing about? I always thought it was Jackson, MS, but given that he was from Arkansas and they lived in Nashville, it very well could have been Jackson, TN.

Keith's growing tendency to shout "Loser!" at every car we pass that has a McCain/Palin sticker is starting to become worrisome.

I'm surprised that internet travel sites haven't put them out of business, but those free magazines with hotel coupons in them that you get at rest areas and restaurants along the interstates are the bomb! Especially, if you're not sure how far you're going to make it in the first day of your trip, so you're leery of making a reservation somewhere.

I'm Michael Edward Mitchell and I approve this birthday present

Thanks so much for the lovely birthday gift. It's exactly what I wanted! You've finally made up for that awful 16th birthday gift you gave me in 1980. 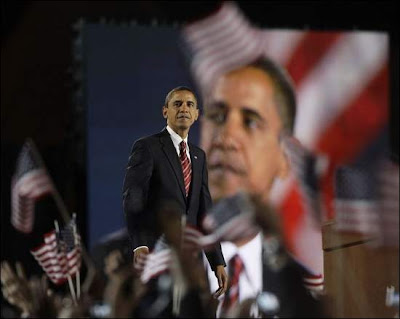