To Provoke the Thoughts

A while back, I wrote a post about the the nature of photography and how it's changed in the digital age.  I still wonder what is going to be at the estate sales of the future in place of boxes of family photos.

Monday, when I was trying to find the blog post I wrote about my mother's death for a post on the Book of Faces, I stumbled across four or five older posts in a row that had deleted videos embedded in them.  On the one hand, this makes me a little sad, given that this blog is a record of the last twelve years of my life, off and on.  On the other hand, do I really want to go back and clean up 1000+ old posts when there are much better (and more fun) uses of my time?

John Green works a bit with both those ideas in this interesting video.  If you don't know who he is, check out the vlogbrothers YouTube channel.  It's pretty awesome.

Would you buy used furniture 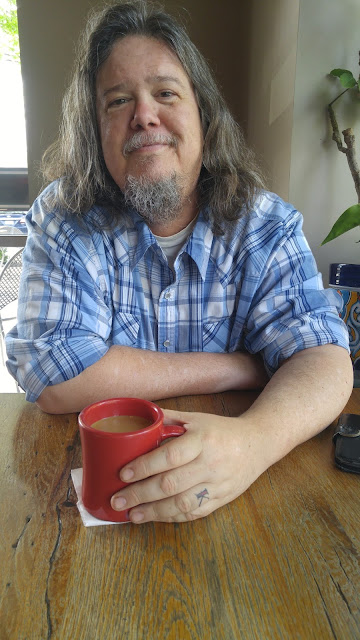 This one is stuck in my head a lot these days, because it plays at least once a day in the Peddlers Mall.  I chose this version over the others on YouTube because of the "enthusiastic" hand clappers in the background.  Can you imagine putting "Back Up Hand Clapper" on your resume?  (Although I do have a secret fantasy of shaking a mad tambourine onstage with a happening band for one special performance.  Too bad I have no sense of rhythm.)

By the way, as much as I love Madonna, we'll not ever talk about her cover version.  Talk about something that should have been shot down as soon as it was proposed.  Some songs are sacrosanct classics, you know.

I have memories of being about fourth or fifth grade and getting an LP for Christmas--one of those educational types--that was all original songs for kids about American history.  I can still remember snippets of the songs.  The one about the stock market crash in 1929 had a chanted refrain ("Stocks are going up!  Going up!") that kept building and building until the crash happens.  I cannot for the life of me remember the name of the album or who put it out.  Of course, my copy is long, long gone.

It's one of those things I would love to find one day at a thrift, if only to prove to myself that I am not hallucinating and that the opening song really, inexplicably, was......American Pie!  Surely, I cannot be misremembering something as bizarre at that.  Surely.

I also had to ask what a "levee" was.

I've never been able to turn up anything on the internet about this album.  I just keep running into references to Don McLean, Madonna, or that damn movie.  Anyone who could help me prove that I'm not insane would be much appreciated. I know I'm not making this up in my head.

Where Have We Been?

Well, the truth is I had to step back for a bit.

First off, there was the break ups.  The whole deal with Calvin Harris was the talk of the town for way too long.  And then there was the Tom Hiddleston thing.  Honestly.  It's like some people have nothing better to do than analyze my every move and love interest.  And now, everyone is all expecting songs about them!

And then there are the feuds.  The Katy Perry thing continues to drag on.  What a bore.  Then that whole thing with Kim and Kanye happened.  I mean, really.  That girl in the video didn't even look like me.  As if!

So, I decided that the best thing for me to do was take a break from everything, including social media and just concentrate on me for a while.

Besides, I had an album to work on.  Those songs about Calvin and Tom ain't gonna write themselves, you know.

Oh darn.  I've gone and mixed myself up with Taylor Swift again.

I hate it when that happens.