A little while ago, I found a box of odd little stoneware pieces at a sale.  There were a bunch of them in a box marked "Two dollars for all."

The dude running the sale told me that they were part of a custom, artisan-crafted chess set, but that he had lost several of the pieces.  Since they would be impossible to replace, he was selling the rest off to get rid of them. 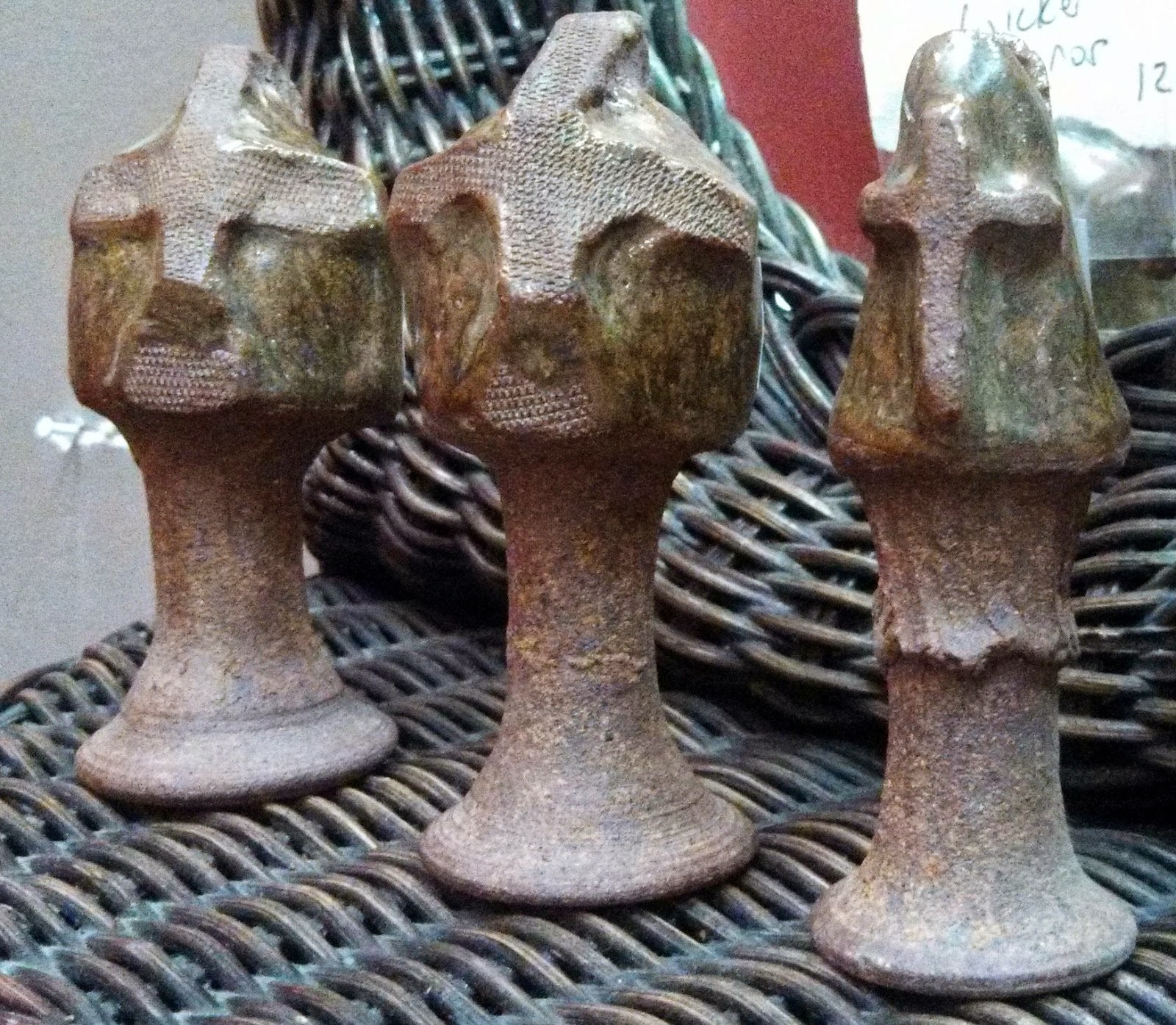 I thought they were both interesting and unique, the two main things I look for when I am out trolling for merch, so I bought the box.  I thought that they were quirky enough to sell as individual pieces for people who like interesting accessories and decor.

After sorting and cleaning them out, I realized that there were four pawns missing.  Additionally, two other pieces were damaged, sadly including one of the queens.


I've priced them as individual stoneware peices, with no mention of the chess set.  So far, they're selling pretty well.  I've made the two bucks back and then some.

Sometimes this junking thing is about having the vision to see beyond what something is to what else it could be, then helping others to see it too. I will eventually work a few of the pawns into my religious item section, because they look like cool little chalices.  The bishops I will add to my adult novelties section.

If you have a phallic-like object in your booth, then you DO have an adult section. You are just in denial.

These are very cool! I am laughing at the phallic looking bishop...just cracks me up. They really are a neat art piece. See that's what I love about you! How you see things differently then most!
hugs,
Linda

And that's why you are running a successful business selling stuff. Great finds and creative thinking is your forte!! Phallic items a bonus LOL!