So, I was in this woman's backyard on Saturday, looking at the stuff she had for sale.  Pretty typical for me.  I think she used to have some kind of crafting/scrapbooking store, since there were multiples of many of the kinds of things one would find in a store like that.  Usually that kind of stuff is not my style, but there were a few things I liked, except that they were priced just a tad high for me.  I was contemplating making an offer, when she says:


"There's more in the basement, if you want to look."

Never one to turn down an invite to look at more stuff, I followed her instructions,  walked through the garage, and down into the basement.  One of these days I'm going to do that and never be heard from again.  There was a lot of stuff down there, including some vintage Christmas, but none of it was priced.  I decided I just did not feel like gathering up a bunch of it, hauling up out of the basement, finding out it was too much for me, and then negotiating in the heat.  It was the last stop on the list, and I already had a van full.  I'm also not in a big hurt for stuff right now.  Given all of that, I tend towards leaving everything for the next buyer.  Maybe that makes me a bad junker.  I don't know.


As I was turning to go, I saw this shelf full of Mexican terra-cotta artwork.  Lots of wonderful pieces, all priced--well-priced at that!  It's like it was put there just for me.  I carefully emptied some other stuff out of a box, then equally carefully put the pieces in it.

When I got back upstairs with the box, she asked me what I had found.  I handed the box to her and simply said: 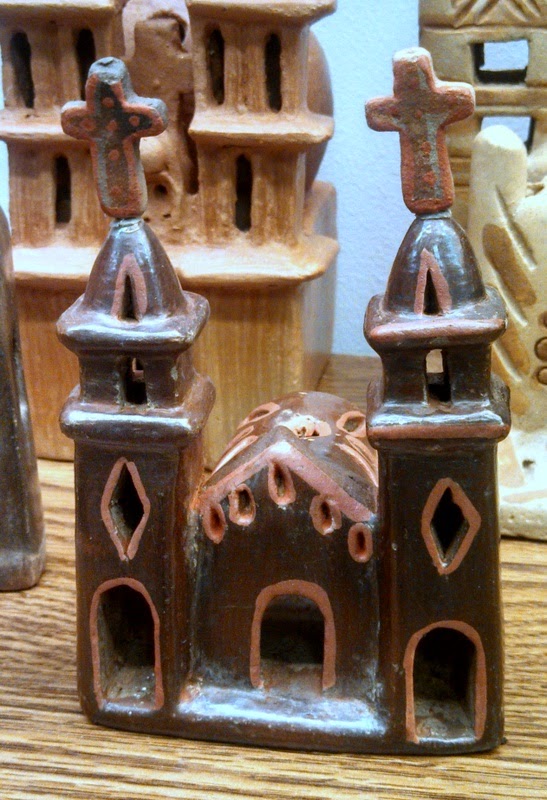 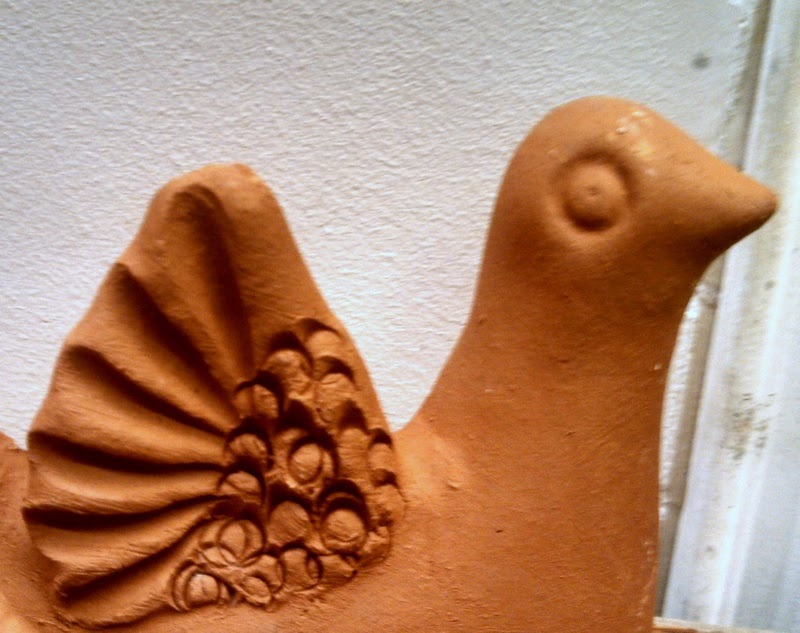 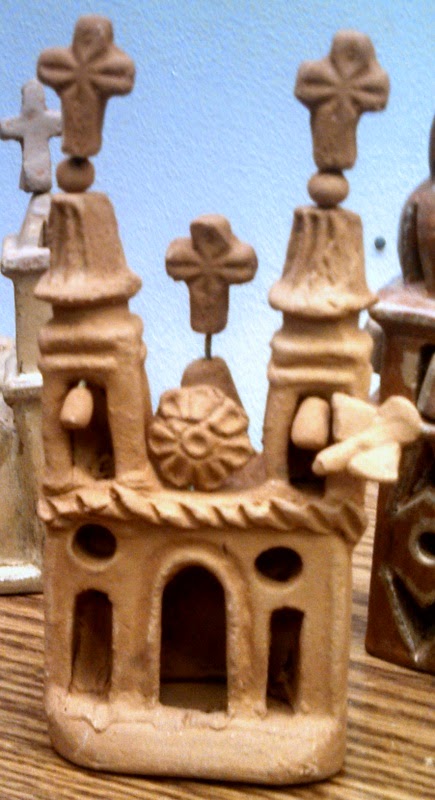 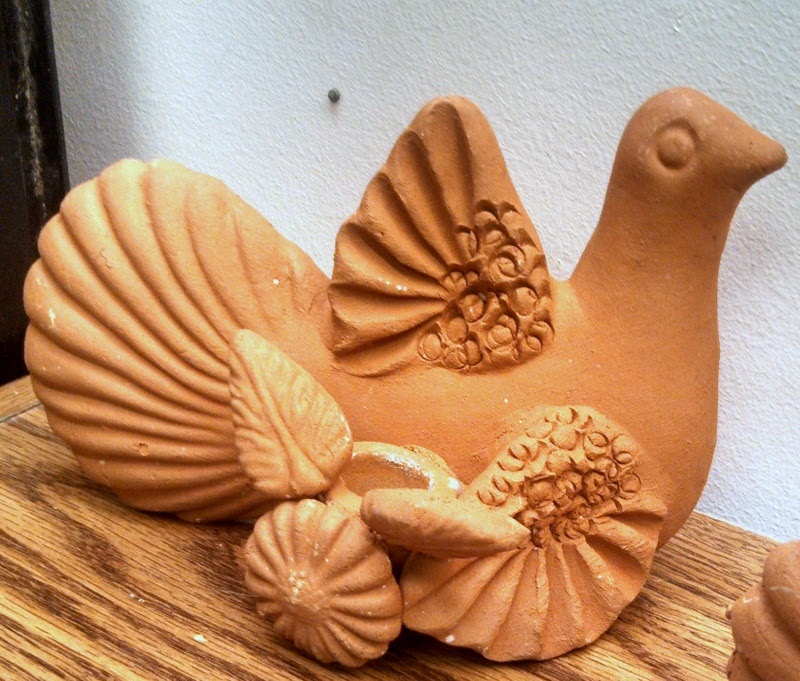 Then agreed with me. 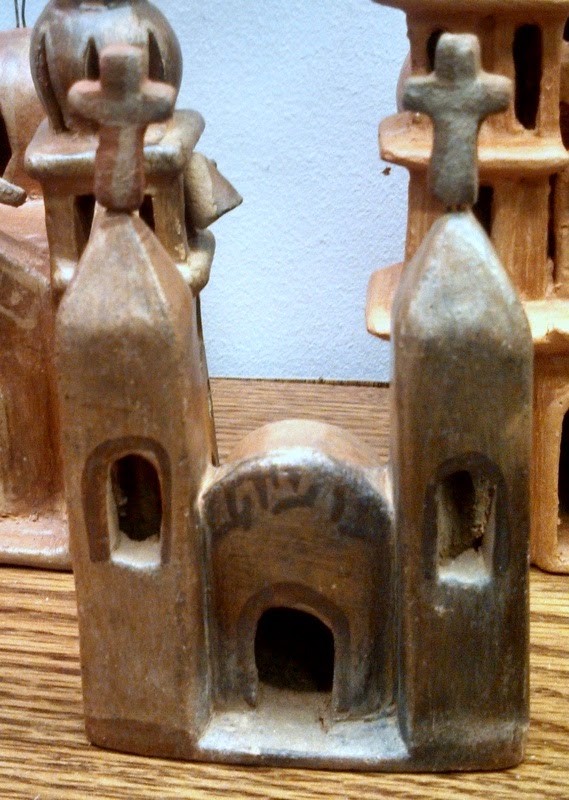 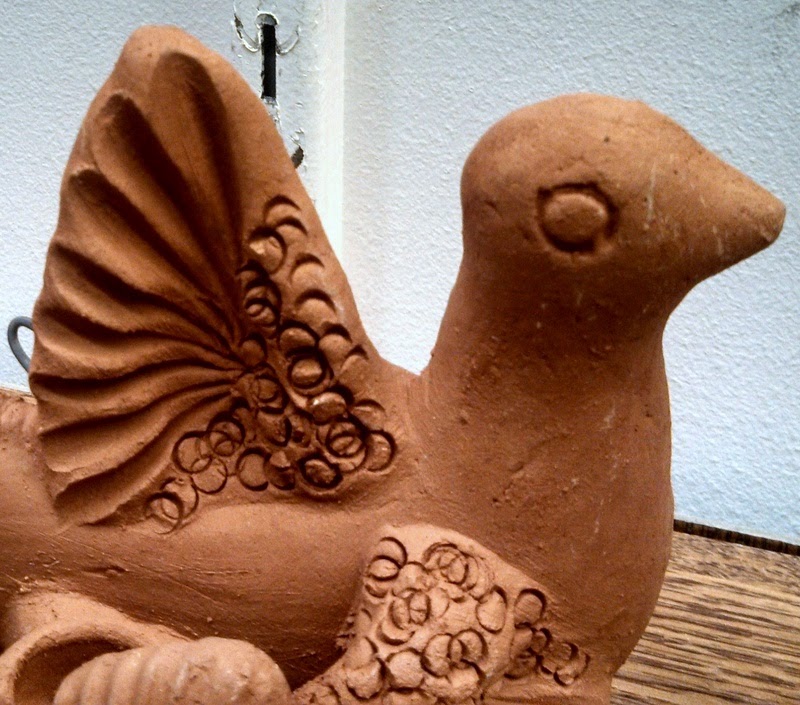 And gave me a discount. 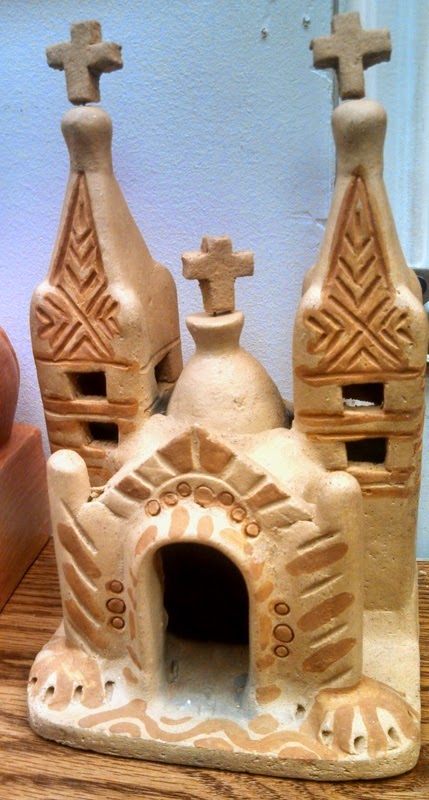 It pays to call it like it is sometimes!

Awesomeness indeed! I'll bet those will sell well for you!

The little churches are way cool!

Hi! Thanks for popping over and visiting me today and entering my contest :) Love, love your Mexican finds, especially the church incense burners. I've never seen those before and here you found 1/2 a dozen!
Happy Labor Day,
Diana