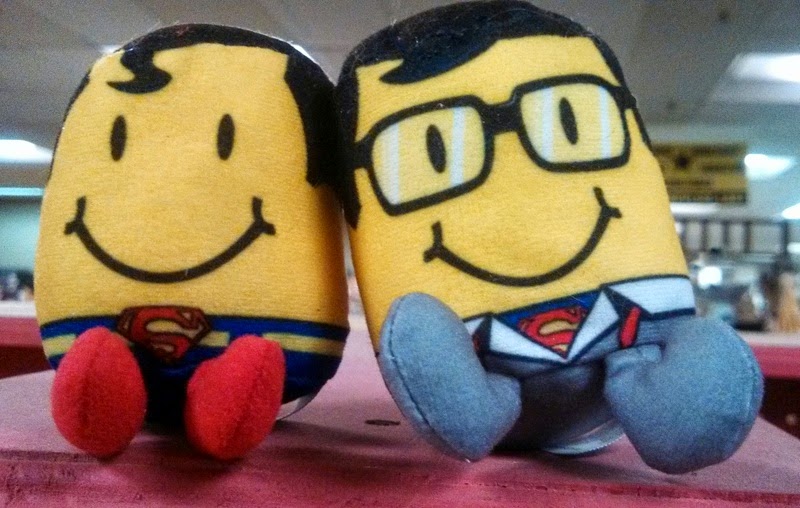 Aren't they totally adorable?  I love these dudes!  They're "Super Tots" which were premiums at Sonic a while ago.  I found them at a thrift at the beginning of the year and set them aside with a bunch of other small toys until I felt like pricing smaller stuff.  I bought a storage crate full of action figures and Matchbox cars the other day, so I had a small toy pricing spree.

By the way, if you deal in small toys, keep your eyes out for Beanie Baby storage cubes when you can find them cheaply enough.  They're one of the best ways to make a set of small things I've found.  They can't be busted open like plastic bags and they don't break when dropped like glass jars.  It will add a bit to your expenses, so look for cheap ones and price accordingly!  (I admit that they may not make the best display for your old marbles or vintage buttons, but they are dandy for little plastic army dudes!)

Anyway, these guys popped to the top of the pile and called out to be photographed and blogged.  I thought I had a Wonder Woman as well, but I didn't find her.  I did find Hawkwoman: 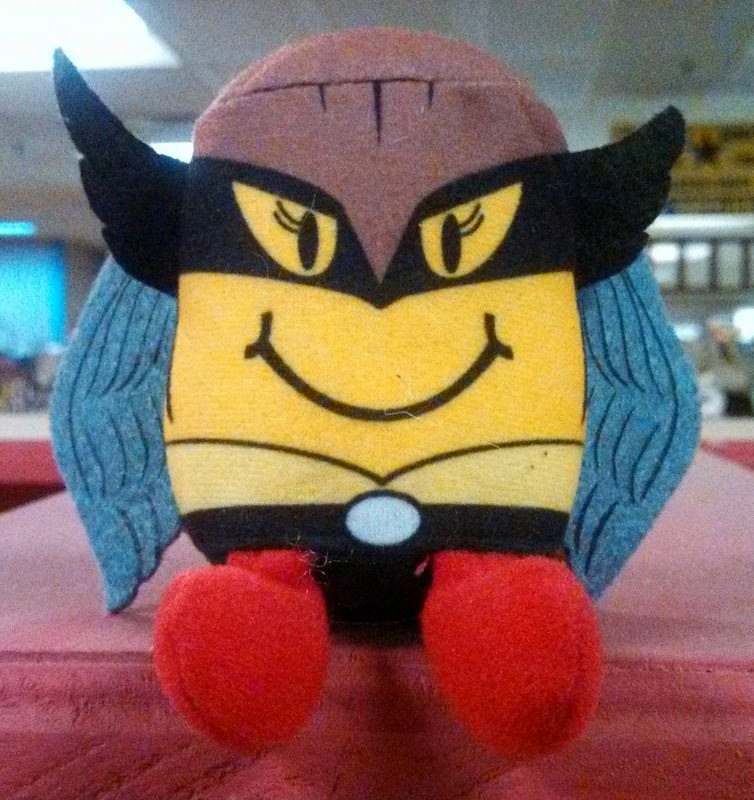 Say it with me:  Too. Freaking. Cute.

If I don't have a Wonder Woman floating around somewhere, I really, really want one.  And a Batman.  Those two would not only totally rock, they'd be total keepers. At least for a little while.
Posted by EM at 8/26/2014 05:30:00 AM

These are so cute!

I'll keep my eyes peeled for those for you. Our little girl kitty's favorite toy is (was) a Berry Tot - it looked like a strawberry. She carried it everywhere with her and kept it by her bed. She wrestled it and loved on it. But, I think it got swept up with the Christmas paper wrappings two years ago. I have been on the hunt for another one since then. I see Tots everywhere! But, never a Berry.

New to me - super tater tots! Thanks for the tip on the plastic cubes. I pass on a box of them recently. Maybe I could keep my marbles in them and not lose them :>)))