Please accept my apologies for the lack of content for the last couple of weeks.  Honestly, I just did not have it in me to blog (or do much of anything) for that time.  Losing Kosh triggered the worst depressive episode I've had for quite some time.  I'm coming out of it, slowly, but for a while it just seemed like a heavy weight of sadness had taken everything over for me.

Thanks so much to all of you for the sweet notes about Kosh.  I still owe some of you personal thank you's, which I will be getting to in the next day or so.  I appreciate your concern and sympathies so much.

Due to my funk, I almost skipped out on doing the Highway 60 yard sale on Saturday, but I'm glad I didn't.  It was windy and cold, but I think it did me a lot of good to be out and about.  The sale started in Meade County (near where my dad used to live) and proceeded west through Breckinridge County (near where my mother used to live), so it was kind of like a homecoming of sorts.

We had planned to make it to Owensboro and then camp on Saturday, but we cut the trip short just shy of Hardinsburg.  The van was full and it would have taken a major repacking effort to make more room for anything else.  We had gotten a later than planned start, because we had both slept through the alarm.  Plus, Meade County had been rich with large group sales and flea markets and treasures.  I was very happy with the load.  It's not about the number of sales you hit.  It's about the treasures you find there.

At the time we turned back, we realized that we still had enough time to stash everything in storage at the Peddlers Mall and get home to Chiquito and our own bed.  And that's what we did.

Here's a little preview of the haul: 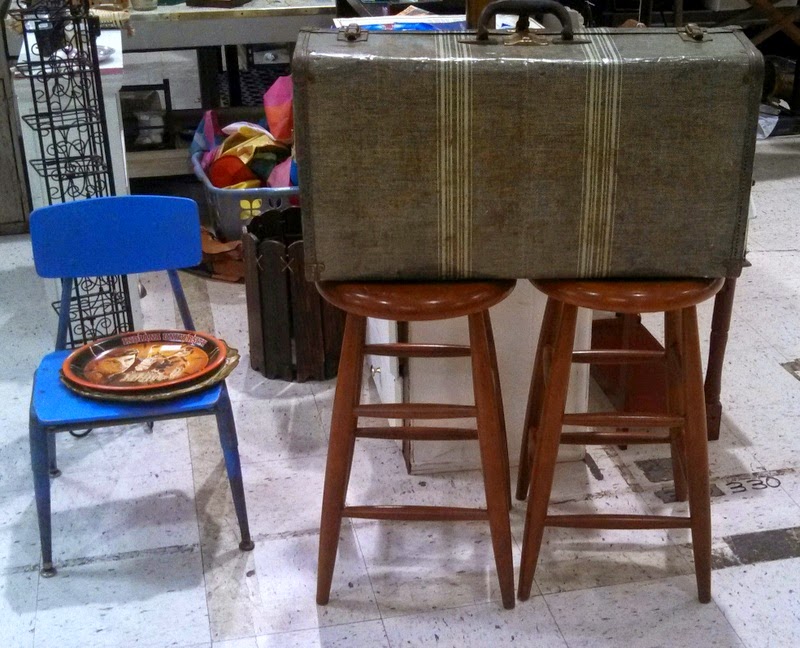 Those are the pieces that went to the new Peddlers Mall yesterday.  Here is what I took to the other store:

That shelf is kind of cool.  There's a note on top that it was made for a social studies project, which I am guessing was something about colonial or pioneer living.  The boards all have these adorable, primitive dovetail notches, and the whole thing is held together with wood pegs instead of nails.  I can totally see someone getting this and staining or painting it up nice and purty.  It needs a little gluing around the pegs, but it's pretty sturdy. 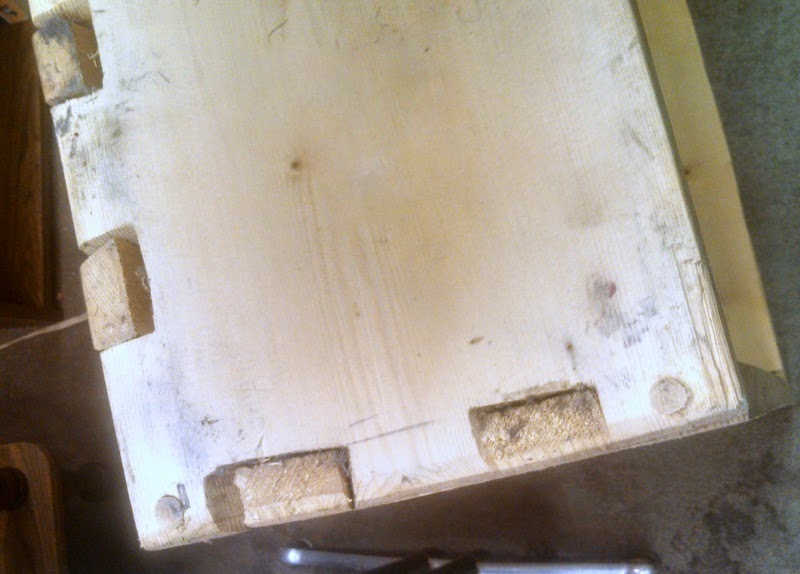 I still need to get pics of the smalls, which were pretty awesome this time around.  I had several good scores.

Booth sales have really bottomed out lately.  I ended September well at my original Peddlers.  Not as high as previous months, but still four digits in the gross.  That construction mess is sure hurting though.  I only did about a third of my normal take during the indoor sale.  We are still waiting on the signage to appear.

At the other space, I did okay for a first month, but not near what I was expecting.  I'm struggling to get off the ground there, and it is fueling my fears that I'm only capable of selling in one location. (Which also really added to my latest depressive bout.) They've offered me a double booth starting in November, and I'm going to take it.  At least I'll have all my stuff together in one spot.

The weekend was really pretty good at both locations, however.  It looks like furniture is starting to move again, which is nice.  I've picked up several pieces cheap from vendors who were moving out, so I have a pretty good inventory of big items right now and I would like to move them on!

The home front is kind of odd right now.  Everyone feels Kosh's absence.  I'm still seeing him out of the corner of my eye.  We're keeping an eye on Chiquito, but in some ways it looks like he's not figured out that he's the only cat now.  For the first couple of days, he kept waiting for Kosh to eat when I put the food down.  He very definitely feels the pressure of being home alone all day.  He's become really super clingy when we get home.  I'm giving him all the extra loving I can to help him through.

It's so hard losing a beloved pet. But, A day in the fresh air and a car load of great Yardsale finds go a long way in helping to clear your mind. Hope you continue to move forward.

Eddie, I was just about to email you and make sure you were OK, so I'm glad to see this post. Yes, it's a hard time when we lose someone we love. I've been fighting some depression but think I'm on the upswing myself. I hope you are also. Take care...good stuff!
hugs,
Linda

I've been thinking about you both and Kosh. I know how very hard it can be. I know you are still sad, but I am glad you are bouncing back. Junking is what will get you through it! I'd love to hit one of those huge sales someday. lately I am more of a seller than a buyer and I need some STUFF (to replace all I have been selling).