ALL HEED  THE WISDOM! 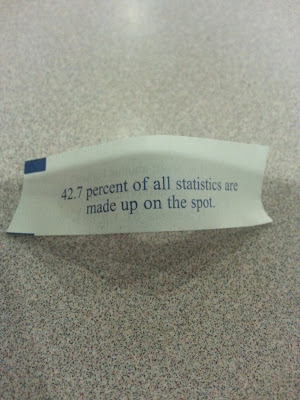 That actually explains a lot.... 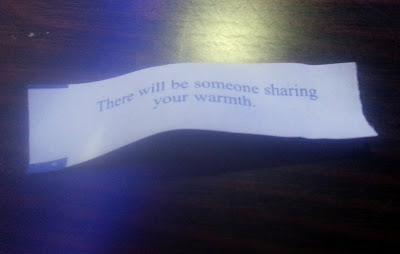 Here lately, this is definitely a necessity.

So we've gone through a week of freezing temps and snow and are getting ready to go into a week that is supposed to peak at around 70 later on.  Sigh.  Welcome to the Ohio Valley.  Still the warmer weather will give me a chance to do some stuff outside, which is nice.

We've already started making our junk pile for the Feb. set out by the back fence and it's getting a little untidy.  I would like to straighten it up a bit.  Some of the neighbors have already started throwing things on the curb, even though it's early.  We're a bunch of rebels in my 'hood, for sure.  I need a nice day to get out and scavenge.

I'd also like to spend an afternoon at storage making a load of furniture for the booth.  I'm starting to see I've got a good deal of room for some more big stuff.

SPEAKING OF THE BOOTH

I'm just about finished re-stocking.  Sales have been consistent, despite the weather.  I have heard that tat returns will be delayed this year until the end of February, which is worrying.  I really need that sales boost.  At least that gives me more time to prepare.

Today, I have to try and work another bookshelf into the book booth.  I think I have figured out how to do it.  Keith is getting ready to thin his books and has warned me to get ready for them.

I'm on a crusade right now to get the back log out of my house.  We want to swap out my junk room and the bedroom, as the junk room has more closet space.  The bedroom will be turned into a workroom/office.

Every morning before I go the mall and every evening after I get home, I try to get together a box or two of stuff, which goes to the booth the next day.  I'd rather be figuring out how and where to place it there, where it can make some money, than here, where it is just in the way.

AND NOW A WORD FROM MY MOTHER

I've also been going through old boxes of stuff to see if there's anything that I can sell, donate, or otherwise get rid of.  There's just too much crap around here.  In the course of doing that, I found a folder of jokes and clipping and stuff that my mother used to stick in with her letters (remember those?) when I was in college.  I have a briefcase full of those letters too. 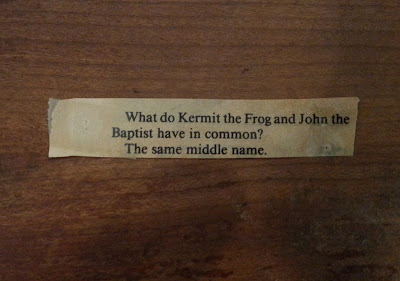 Among them all was this gem, which she sent me while I was in seminary.  I promptly taped it to the door of my dorm room.

If you think that my sense of humor is crazy, you should have known my mother.  She was a nut!

I forgot to tell you all that I'm on Ritalin now to try and deal with my treatment-related fatigue.  Apparently my fat, old, tired ass has a lot in common with a sixth-grader who can't sit still.  It actually does help a lot, without the side effects I was having with the steroids.  It's not the same kind of manic energy boost, but more of a controlled, sustaining effect.  I do need to take more than one to keep going through the day.  If I miss my afternoon dose, I sure start feeling it!

DVD OF THE WEEK

Sadly, there's no throwing wheel action here, but she kicks plenty of mythological ass!  I highly recommend this one and am now super-psyched for the movie this year.

Well you always make me smile Eddie (or scratch my head in wonder)!?!? Glad you have gotten some things to the booth. I'm on a big time purge around here. Too much stuff and it has to go. Now if I can just sustain some energy, maybe I need Ritalin? ha! I would have loved your Mom! Hugs!!

Love that little joke. Adorable. I am ready for some 70s temps! That frigid blast was horrible and for some reason, my workplace was also cold. It was only 59 degrees in the cafeteria yesterday. I really don't like winter. :-(

We are over the deep freeze and back into the 70's. Who knew Kermit and Old John were connected!?! When you are finished shifting the junk in your house, come on down and do mine. Linda says she is moving her junk out, but really she is sending it to me.