Dorian's post comparing video game fan-entitlement and comic fan entitlement got me to pondering something that has bounced around my brain for a couple of years now. I honestly think that when it comes right down to it, neither group can hold the overly-developed sense of entitlement candle to another sector of rabid obsessed fandom: soap opera fanatics.

I'm being serious, here. I don't care how many comic nerds there are pissed because DC won't honor the continuity they established in their Teen Titans/LSH slash fanfic. They simply cannot hold a candle to the hordes of women who grew up watching All My Children while their grandmother was baby-sitting them, skipped high school every time Erica Kane got married, scheduled their college classes around the show, and have named their boys Eric, Kane and Lucci because they didn't have a daughter they could name Erica Kane. 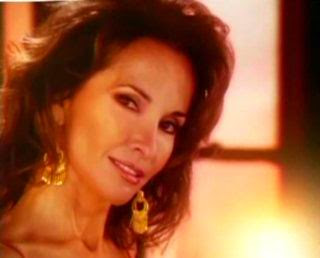 Oh yeah, and they're pissed because ABC won't honor the continuity of the Adam Chandler/Palmer Corlandt slash fanfic they wrote. 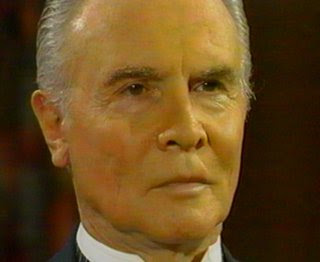 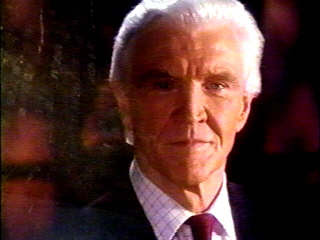 Reading soap mags can be pretty annoying these days, since they're full of the same complaining about the same couples not being together any more. Hell, the editor of one mag has a weekly column that serves as nothing but her fan entitlement forum.

What puts soap fans in a league by themselves is their mastery of one particularly annoying technique of self-expression: the fan campaign. These folks take going overboard to a whole new level. Whereas your pissed off self-entitled comics nerd puts a petition up online and rants on every forum he can find, soap nerds devise new ways to give postal carriers back strain.

Let's say that on the venerable soap As the Years Go By fan favorite couple Joaquin and Marguerite are split up. JoaMar* fans group together online to bitch and wail and gnash teeth and a plan is born. They will show those producers and writers! They will teach them to split up a favorite couple! They will convince them to put JoaMar back together posthaste! And they will do it by mailing them something that will express their anger, their frustration, and their dreams for a happy ending for the couple. They will mail them...toothpicks!

Regardless, soon these pissed-off entitled fans are flooding the mailboxes of the studio, the networks, the producers, the writers, and even the actors with boxes and boxes of toothpicks. And they will keep it up until their beloved couple are reunited...or until some other offense raises their ire and sets off a new campaign.

I'm sorry, but there's nothing in comic nerd world to compare. A true self-entitled soap fan can set off a campaign at the drop of a hat. All it takes is a break up or story development they don't approve of. My favorites are the campaigns to keep certain actors on shows. Like getting boxes and boxes of cotton swabs will make someone change their mind about leaving a place where they don't want to work any more.

Sadly, like in comics, it seems like producers are more and more willing to pander to this group, resulting in big event-oriented storylines that run out of steam, endless retreads of past plots, and constant attempts to lure past popular performers back to shows that inevitably end up not using them or trying to recreate twenty-year old love stories that are always less interesting than the originals. And the ratings continue to decline.

Soap opera nerds. Fear them. Avoid them. Like Dorian says, "Nerds ruin everything." It doesn't matter what kind of nerds they are.

*Where do you think tabloids got the idea for combining names into stupid combos like "Brangelina"? They got it from soap fans who've been doing it online for ages!
Posted by EM at 12/04/2008 09:27:00 PM

Soap operas are in trouble, I read in Ad Age just today. Days of Our Lives just got rid of John and Marlena, pretty much the signature couple on the show. Ratings across the board are down a third or more, though the stunt events still tend to draw them in.

You don't know the half of it, Roger. Days is my show and I'm still shocked that they're actually letting Deidre Hall and Drake Hogestyn go. Even as few as five years ago, something like that would have been unthinkable.