Maybe that should be "Inter-Holiday Babbling"?

Hope you all had a wonderful holiday.  We sure did here.

I got Keith these: 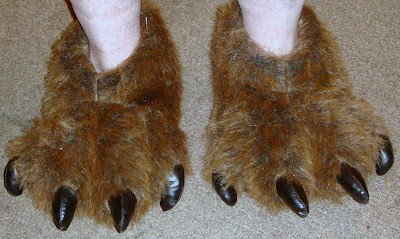 And he got me this: 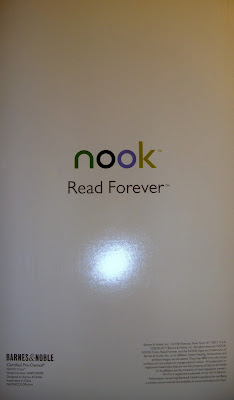 It might seem like I came out a bit ahead on that deal, but he loved the house shoes!  In fact, when he opened the package, he said to me those three little words everyone wants to hear from their partner:

There were other presents, but those are the highlights.  I was genuinely surprised by the Nook.

I'm off work until mid-January, so I'm trying to catch up on some stuff and get some rest, at least until my surgery next week.  I'm going to try to post every day until I go the the hospital next Monday.  I'm going to clean out some old stuff that needs to go up, so I can take the items I'm posting about to the booths.

I need to get out to the booths to tidy, but as long as it's freezing rain/light snow/nasty out, I'm keeping my tubby butt inside.  I absolutely cannot get sick right now.

I'm also hoping to go ahead and schedule a few extra posts through the end of next week, so that there is some content here while I am in the hospital.  When I get home, I'll do a quick update to let you know how things went.  I'm not totally sure how long I'll actually be in the hospital.  I'm thinking only a day or two, but my primary care doc thinks it'll be three or four days.  Neither the surgeon or the hospital has been very clear on that point, so I'm just playing it by ear.

I think you need to ask Keith if you can borrow those slippers to wear in the hospital. You know, just to keep the staff "on their toes" so to speak!

I think you need to ask Keith if you can borrow those slippers to wear in the hospital. You know, just to keep the staff "on their toes" so to speak!