So what was in that granny cart?  Well, a whole lot of things.  Some were for personal use. (Old Disney comics rock!)  Some were just standard booth finds--like the stack of CD's I got for five bucks.  I'm omitting that kind of stuff in order to focus on the really interesting things.

As I was putting this post together, I realized that I kind of forgot to take a couple of pictures in my rush.  If I remember, I'll get them next time I'm at the booth.  I left out one of the coolest things.  (Of course.)

Finally, I'm laying aside the tables on top of the granny cart, since you've already seen them.  All that said, let's dive right in! 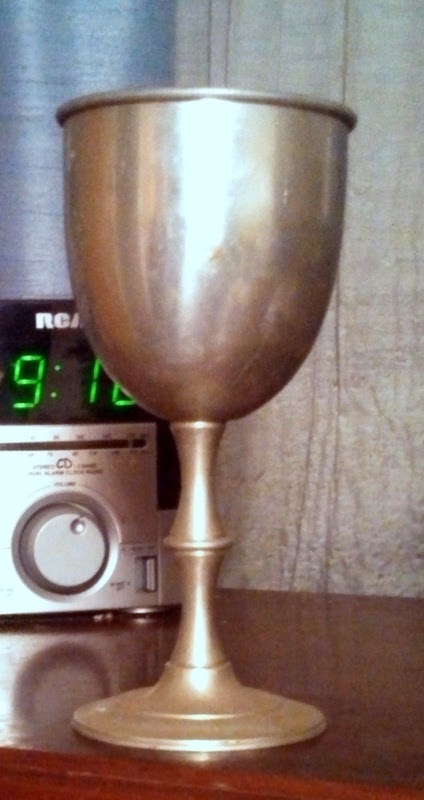 I have this fascination/love for metal chalices and goblets.  It's a sideline to my religious article obsession, because they remind me of the ones used in communion.  This one is pewter and has some nice age to it.

Most of these pics were taken during the cleaning and pricing phase.  I don't have time to do any sort of staging whatsoever right now.  The guy I bought this pestle and vintage gardening tool from told me that someone else had come by his stand and said that they belonged in a museum!  Well, now they're in my booth.  I guess that's kind of close. 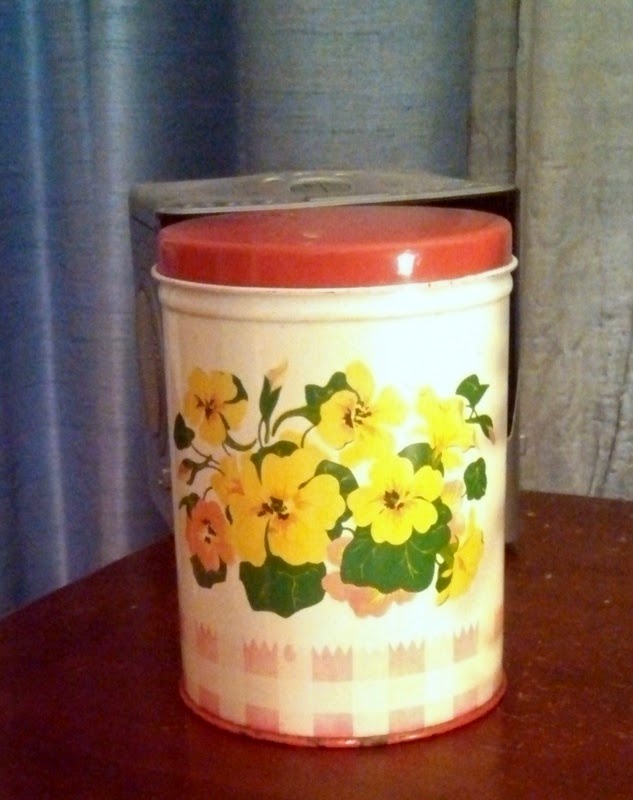 Retro tin canister.  The red lid really pops more than it does in this pic. 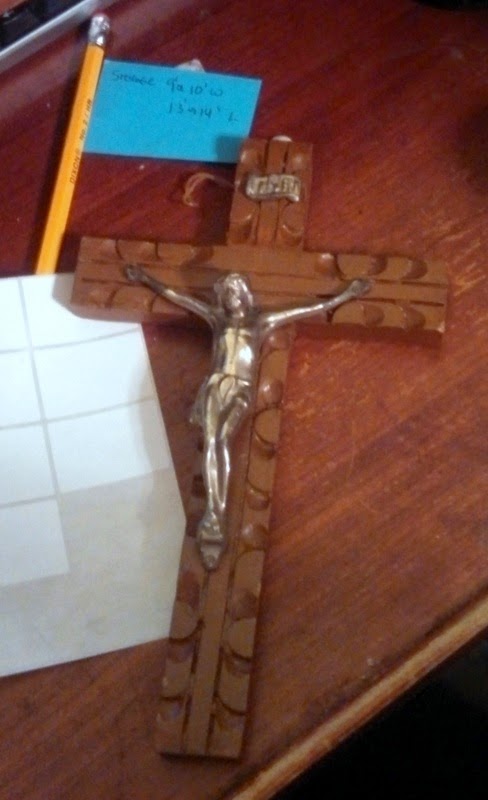 I liked the carving detail on this crucifix.  The dealer gave me a deal on it and a metal one that I was about to pass on.  Another customer saw me pick it up and got right in my face--I'm talking extreme personal space invasion here--and loudly said:  "ARE YOU A CHRISTIAN?"  Awkward! 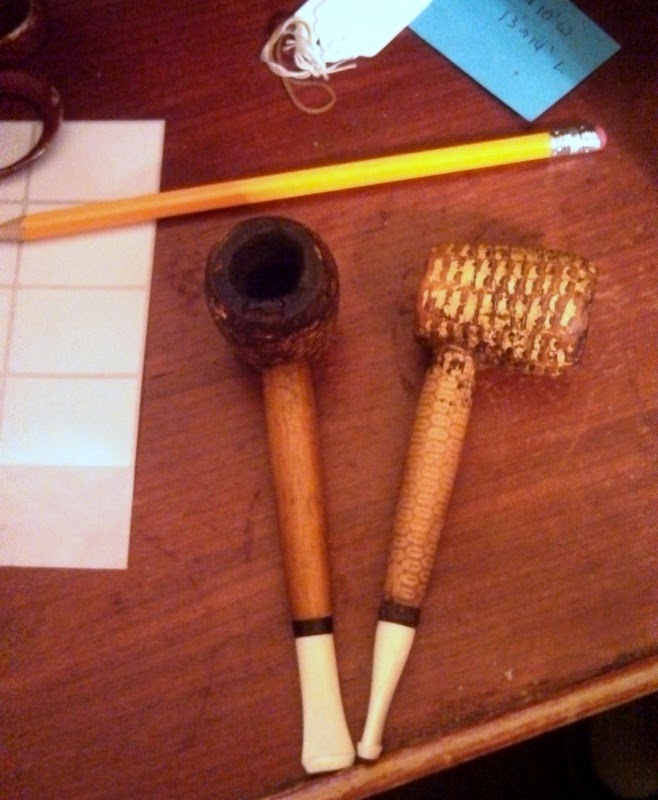 A couple of corn cob pipes! 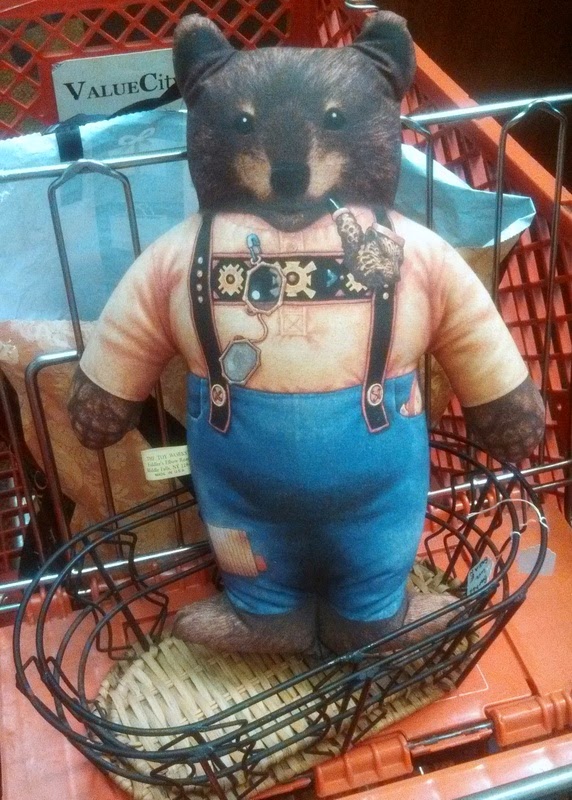 I got a discount on this stuffed bear because the dealer thought he was cute and no one else had even looked at him through the whole flea market.  I love his pipe and glasses. 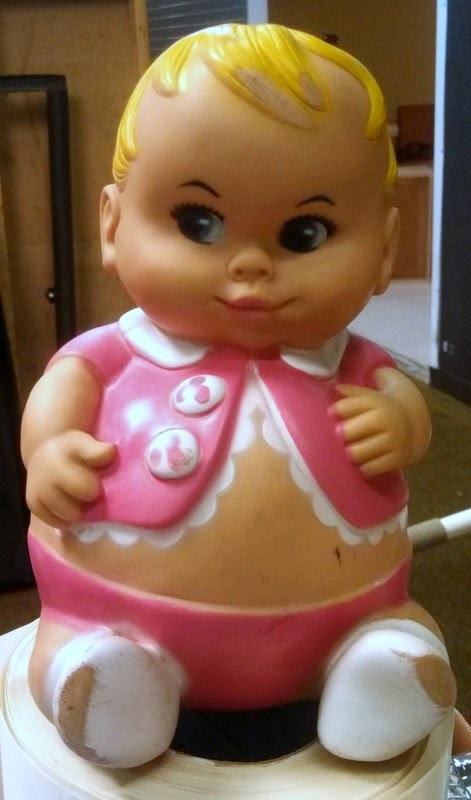 I knew what this one was thanks to a post Shara did a while ago about them.  His toes are worn, but he's still a cutie.  Reading junk blogs pays off! 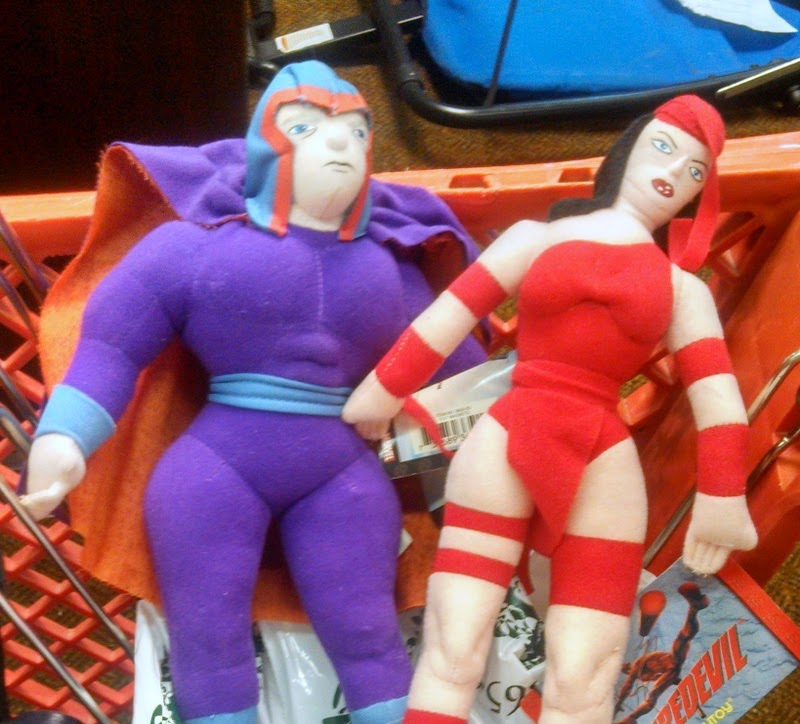 Those last two are quite creepy - great for Halloween. Love the old shears and the flower flour tin. Happy tagging!

One of the reasons I enjoy your blog is because of the eclectic items you pick up! Some are down right creepy but still cool! Fun finds Eddie!

You found a PLUMPEE! Love! I have her twin, you know of course.

I read monkeybox, but never knew it was called a Plumpee! My sister & I saw one at a the only antique market back home & it looked nearly exactly like her boyfriend at the time. Eerie! Sooo... you're right, reading junk blogs does pay off!

Thanks for linking up to Thriftasaurus this week!
♥ Sir Thrift-A-Lot