Good day yesterday for sure.  It peaked early at a sale in our own neighborhood and went downhill from there, but there were plenty of finds.

Two stores means I have to go back to thinking about what needs to go where.  Since I did not have a chance to get to the second store this week due to the two days of training I had to do, I ended up pulling everything out of the van in the Peddlers Mall parking lot to sort what went where.

Then I realized:  "Doh!  Mazda shot!"  Sorry about that.  Here's the big stuff sitting around Mazda in the parking lot.  The smalls are boxed up at this point.  I'll have them out later in the week, so pics then with the stories. 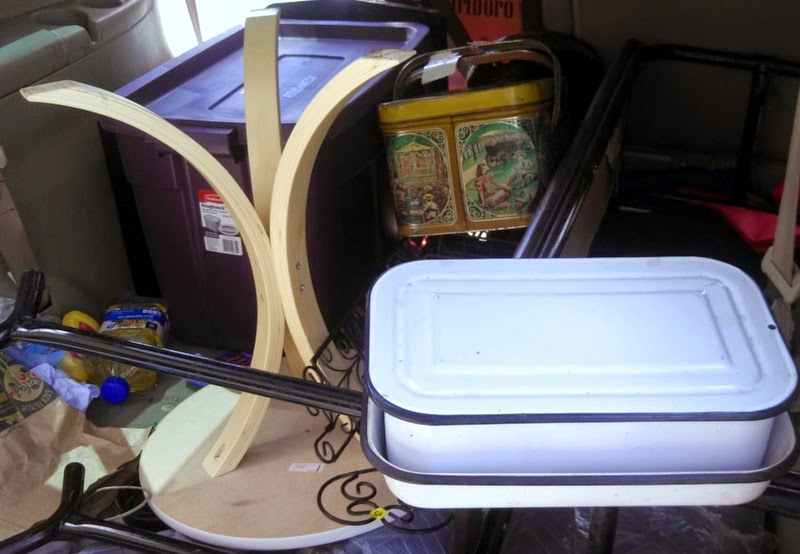 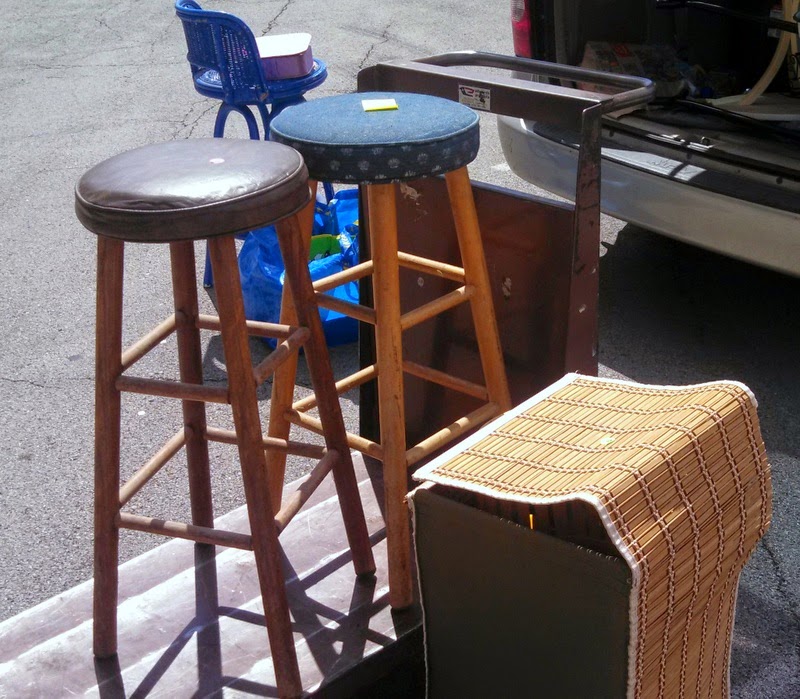 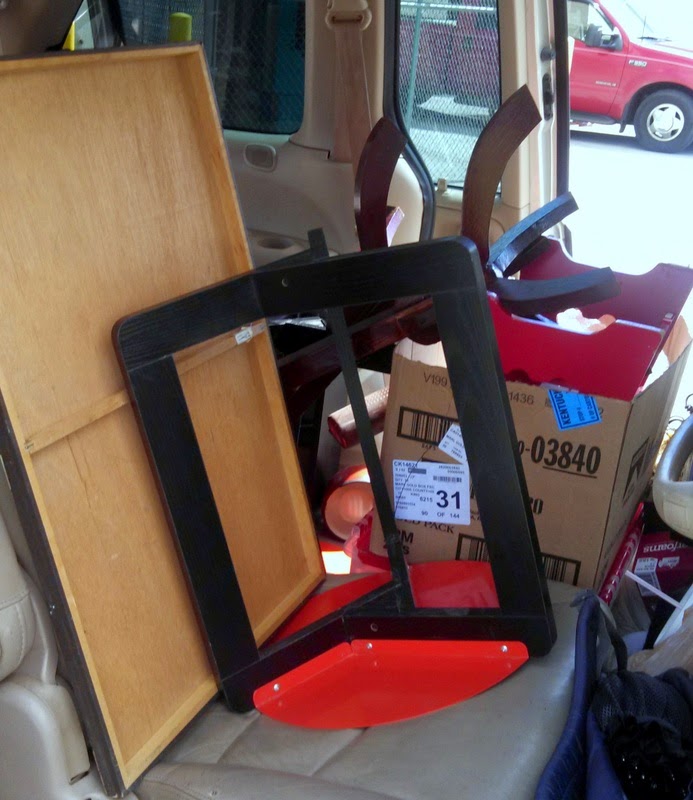 What a collection - I see several objects that appear to be part of my treasure list. Our sales in SC are down for the first wek in September. We had a record summer - maybe it is coming back to bite us.

Isn't it terrible when real life gets in the way of junking!

Don't get discouraged already! I am always amazed that people will set up a booth and then pull it a month or two later because they didn't do well. It's a learning curve. I know you know what you are doing - but different things sell in different places. I bet it will pick up and you will do great! I know putting out that rent is hard though......Good luck!

Hang in there! You carry such great items that I'm sure the sales will pick up! I do think having two places is hard though!!
hugs!!