Junk set out time is like Christmas for junkers, especially if you cast a wide net for merchandise.  When stuff is free, I will take things that I would not normally pay for.  Free is free.

I started wandering the neighborhood last Wednesday, looking for the early bird piles.  I was not disappointed.  In fact, from Wednesday through Saturday, I did not get any further than two streets away.  There was a new pile or two every day, and people were still adding to the existing piles.

The fall set out is different from the one in the spring.  In the spring, people are doing spring-cleaning and down-sizing.  There's a lot more smalls and furniture that isn't broken and less remodeling debris.  In the fall, that reverses, because people are trying to finish up their projects before it gets cold.  To be really general about it, spring is more about stuff people don't want any more than fall is.

However, there's still plenty around.  Let's take a look. 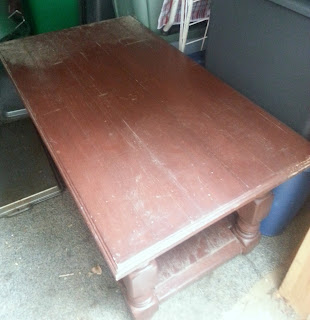 This coffee table was right down the street from me.  It's heavy, solid and has been painted brown.  (Why?)  I figure someone will see it as a project/makeover kind of thing.  Right now , it's in the shed waiting to get cleaned and taken over. 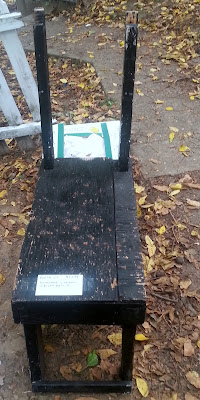 One of the oddest things I found was this homemade weight bench.  You can kind of see the notches at the top to rest the weight in.  It's smaller than a standard weight bench, so I think it was made for a child.  It's one of those unusual items that I cannot resist when I find them.  Eddie stuff, in other words.  It was down the hill from us, in front of a house that always yields good finds.  They start early and keep piling things on, so I keep coming back. 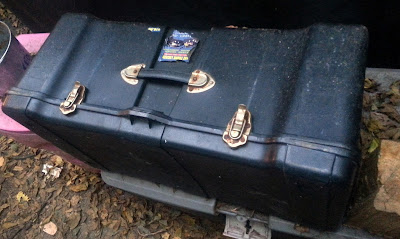 This is one of those storage boxes for the back of a pick up truck.  I found it at the same spot as the weigh bench.  I got this for Keith, who likes to store his camping gear in them. 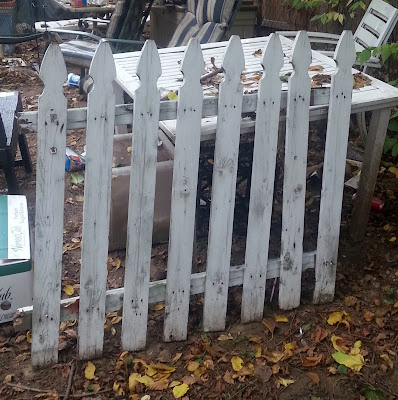 Speaking of Keith, this picket fence section earned me one of his infamous eyerolls.  It's certainly unlike anything I've ever picked up before.  I think it would make a nice porch decoration this winter, with some snowmen and a Santa.  Two of the slats are loose, so they need to be screwed down before I take it in. 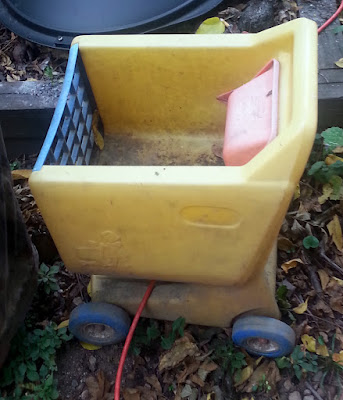 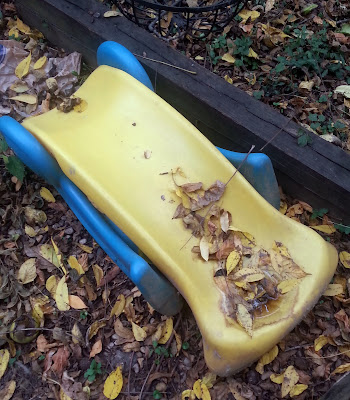 I got a little lazy and didn't set the slide up.  The colors seem to be washed out in the pics.  They're really vibrant and not sun-faded in the least.  They need a good cleaning, but that's no problem.  They're old school Little Tikes from the days when they were made in the USA.  I think the quality in the older toys is much better than the more recent ones.  They're much sturdier, for one thing.  They won't last long in the booth. 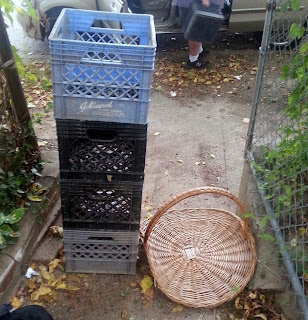 I found about eight of these milk crates at the same spot.  They're so useful for storage, transport, display, plus I sell a lot of them.  Please don't tell the Dairy Police on me.  I need to clean them up a bit.  That's always a recurring theme during junk set out.  Also, a really big basket. 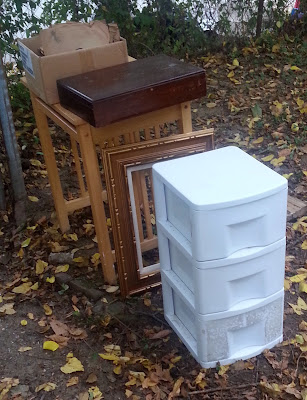 White drawer organizer, gold plastic frame, empty silverware box, box of records and a small computer desk.  The organizers sell like crazy at the Peddlers Mall.  The last one I took in sold the day I dropped it off.

At the spot where I got the frame, there was also a mirror that I was about to take, but another guy there asked if he could have it.  I let him take it, because I don't need to get all of the junk.  He then shows me two issues of the National Enquirer that he found there and talking about how "old" they are.  I hated to do it, but I had to point out that they were dated 2015 on the covers.  I was afraid he was building up to try and sell them for ten bucks each.  He said:  "For real?"  Then he took a closer look. "Oh man!"  He tossed them down and took his mirror and left. 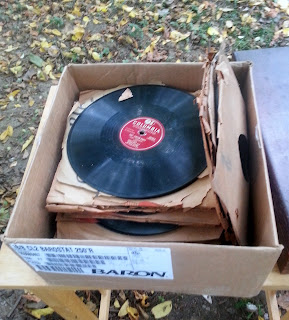 Close up of the box of records, which I found behind the secondhand store down the street.  There were a ton of records there, but I only took this box and one other.  I simply don't have the space to be able to handle them all.  Since this is not my forte, and they've already been through a dealer (who surely researched them), I'm going to sell them as a lot.

That's all I have photographed for now.  I've been trying to pull some Xmas to take over to the booth, so I haven't gotten to the rest yet.  Give me a couple of days.  There's some good stuff to come.

Finally, I saw this while I was out hunting. 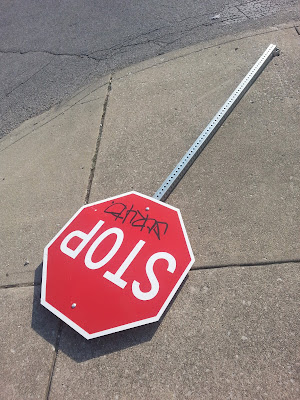 Free is amazing! Love that frame and the little desk! All good stuff! Can't wait to see more and I'm going over to visit Thriftsaurus!

Cool junk! Love the fence... I think that will be snapped up quickly. Wish we had junk set-out days here.

The fence section will sell before you get it in the store. I stay out of them they sell so fast. I see a lot of potential in the brown (ugh) table. FREE! I love it and wish our city let us do it.

I'm so jealous! We don't have Big Trash days where I live now. We used to have a lot of fun scavenging the neighborhood. Great finds!