Come with me to the Big Flea!

Let's see what there was to see yesterday at the Big Flea!  Wheeeeeee! 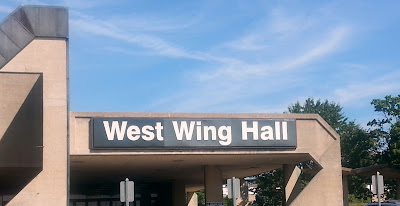 During the fair, the West Wing is where the livestock is judged and displayed.  The room where the Antique Wing is held is used for the small animals, like rabbits and such.  The fair just ended last week, so I hope they got everything cleaned out. 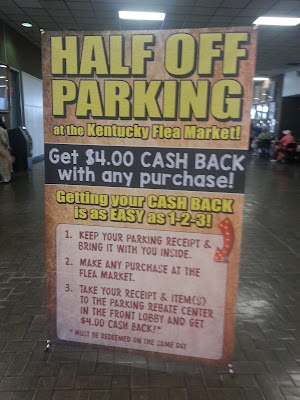 This is a pretty big deal.  The Fairgrounds raised the parking to 8 bucks a few years ago, and that has impacted the attendance at the Big Flea ever since.  That's just outrageous and I go to all kind of lengths to avoid paying it.  The half off deal is new.  They experimented at first with only making purchases from certain vendors eligible for the rebate.  It always seemed like it was vendors that Were of no interest to me, so I never did it.  Now, any purchase at all qualifies you.  And can make some purchases! 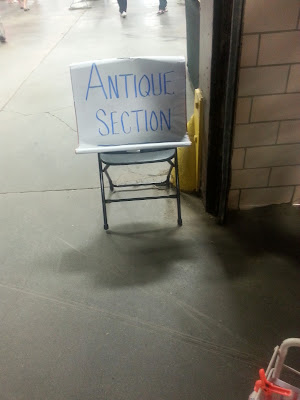 And, we have arrived at our destination!  Please remain seated with seat belts fastened until the pilot has finished pulling into the gate. 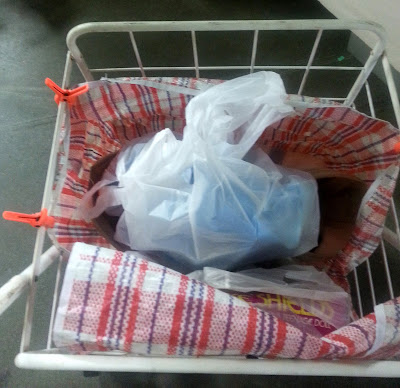 Whoa!  I just got here.  How did all this get into my cart? I think Gran just attracts the stuff to her like a magnet! 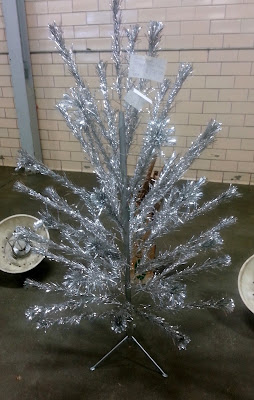 Look Melissa!  (Definitely not in your price range.)

I tried to take a bunch of pics of cool stuff, but this is the only one that turned out at all.  The lighting in there sucks.  As a result, this is kind of a boring photo essay.  Sorry about that.  i did have good intentions. 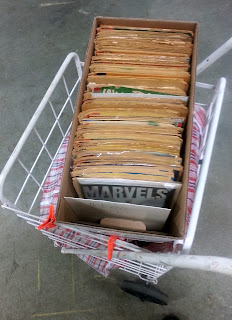 He shoots!  HE SCORES!  See tomorrow for the story on this one. 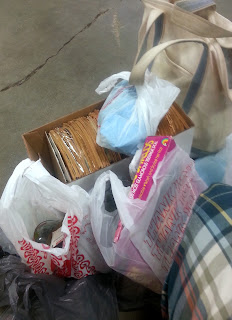 Rearranging the cart.  Mavis the tote bag is  photo bombing in the upper right corner, along with my knee in the lower right. I'm keeping the finds under wraps until tomorrow, because I'm a tease like that.

Overall, it was a good show for finds.  I had to make an unloading trip to Mazda about halfway through, which is always a god sign.  It could have been even better for me, but I lost my mind and did something stupid.  More on that tomorrow too.

I heard from several vendors that it was a slow weekend.  Some were already starting to pack up at noon.  Several of my regulars weren't there, especially in the Antique Wing, which was only about 60% full. 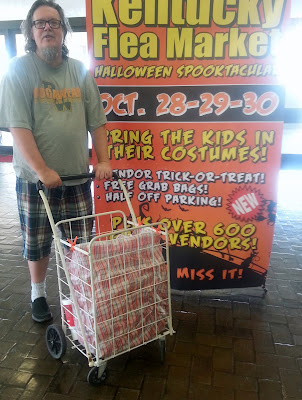 And so we leave our day at the Big Flea.  Come back for the finds tomorrow.  They're adding a Halloween show this year, which I am really psyched about.  There won't be an Antique Wing, but it will still be worth attending.  They haven't done a Big Flea in October in several years.  I always liked this show, because it is right before my birthday!
Posted by EM at 9/06/2016 09:00:00 AM

You are a BIG TEASE for sure!! Glad you found some stuff and I'll be back tomorrow for the reveal! HUGS!

When you posted that tree, it made me realize I have 5 of them. But I just can't be bothered to part with a single one! Our next big flea is Thanksgiving weekend. Free admission this year, which is unusual. Parking is hopefully still $5. I'll be going on Friday to get all the Black Friday deals. :)

We no longer have big flea events at the fairgrounds. The Junior League has holiday events which are not even interesting. Yes, that guy is clad in plaid with a plaid granny cart. TEASE!!!