Finally, here is most of the booths with their newish looks.

I wasn't able to get everything I wanted to do done, due to some unforeseen difficulties.  I still have tons of fine tuning to do, so don't look too closely at any one pic.

Yes, I know that's a lot of stuff.  Sometimes, to sell a lot, you have to carry a lot.  Besides, like I've said before, my aesthetic has always been equal parts clutter and (barely) controlled chaos.  I am the 21st century version of that odd little man with the junk store down the street that was crammed full of wonderful stuff, but you could barely move through the aisles.

Let's look at the pics, shall we?

Before we start, just a reminder how the bright overhead fluorescent lights bouncing off the white tile floors make getting good shots difficult.

First up, my new salvage booth.  This one is for a lot of my curb finds--windows, doors, etc.  Also, tools, wood boxes, metal boxes and anything else that might fit the theme, along with two shelves of books, because I got overflow!

In the white cubbies, you can see these matted prints that explain what various names mean.  (Mine means "Sexy Nerd Dude with Glasses.")  They were in the back corner of another booth and never sold.  Since I moved them to this place right on the aisle, I sell several every week. 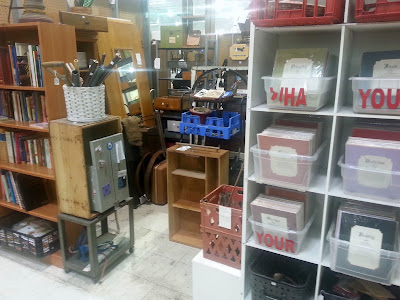 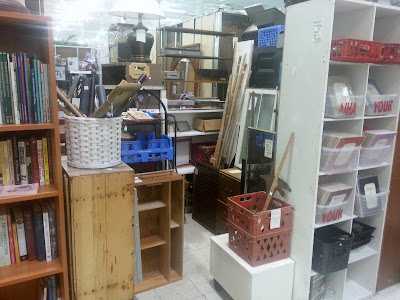 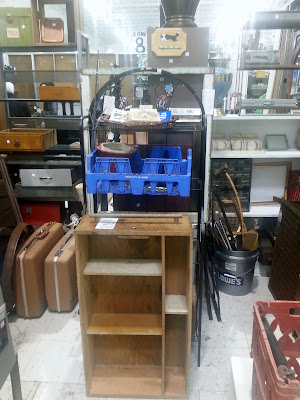 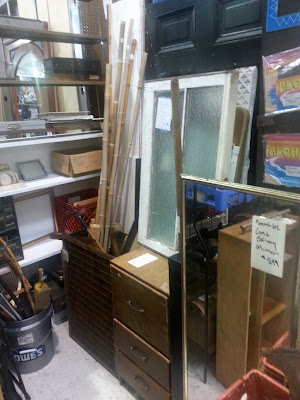 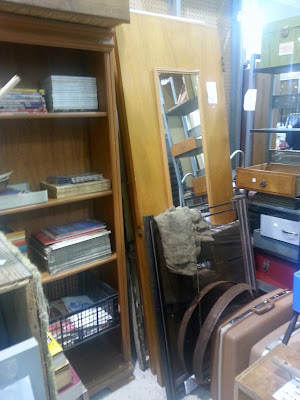 Next up, is another new space.  I picked this one up, intending to incorporate it into the long space next to it and create a furniture corner for the long booth, but that had to be scuttled, because I have salvage overflow that needed to go there instead.  I left it as kind of a catch all space for all kinds of junk. 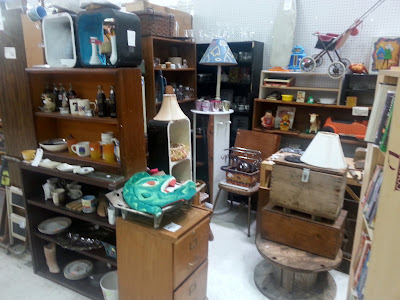 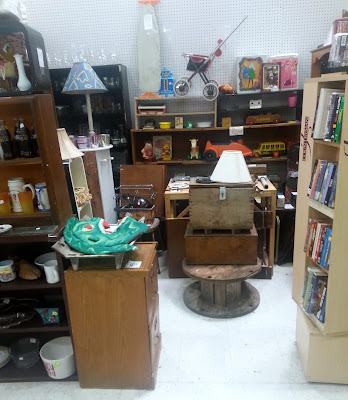 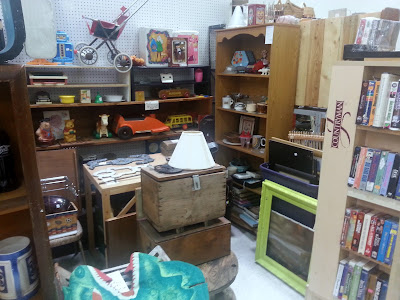 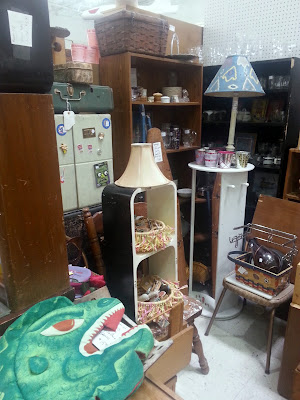 This is my endcap double space, which is for primitives, vintage stuff and things that fit that vibe. 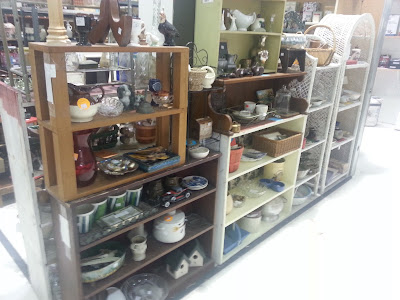 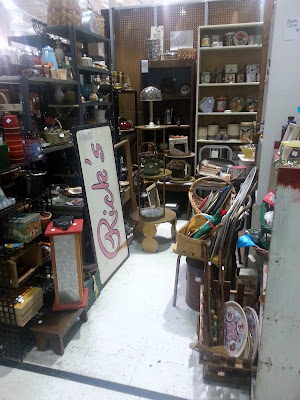 The hand-painted "Rick's" sign was a curb find during junk set out.  Here's a close up. 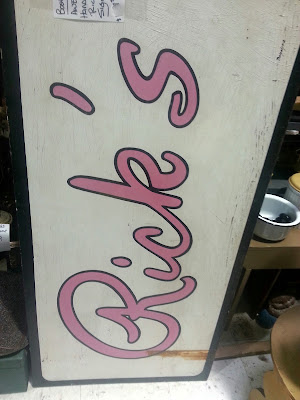 This is my tiny, vintage Christmas display, which features my vintage two-tiered table Christmas tree! 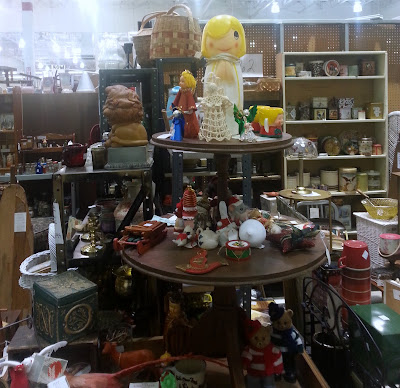 And finally, the book and comic booth.  I moved the DVD's from inside the booth to the aisle and those sales have really picked up too. 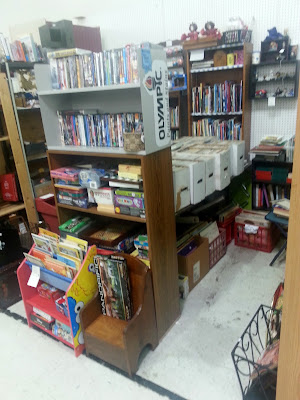 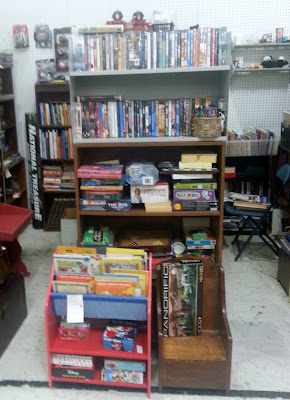 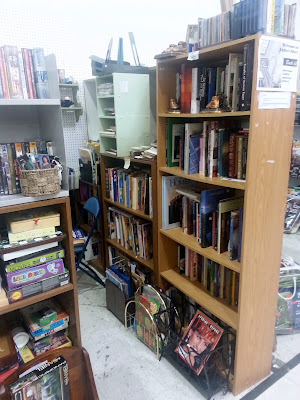 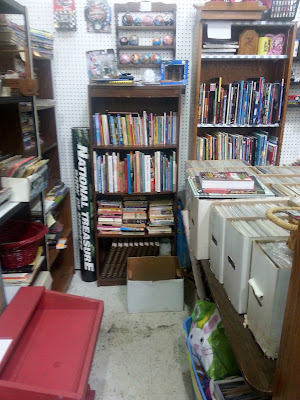 I'm not totally done with the long booth on the aisle, which is where my religious stuff, barware, and assorted junk is.  Most of my Christmas will also be there too.  Those pics will have to come later.

This concludes the guided tour.  For the moment.  Please feel free to find a souvenir or two or twenty of your visit in any of the booths and purchase them at the register.
Posted by EM at 11/15/2016 05:00:00 AM

Email ThisBlogThis!Share to TwitterShare to FacebookShare to Pinterest
Labels: junk, pics, the booths

Love it! Your booth and Donna's are the kinds I love to shop it. Lots of stuff and not too frufru!!

HUGE, great job Eddie. Love the way you grouped stuff in your booths. Glad the sales are picking up.
Hugs.
Joy

Wow! Booths look great. I can only imagine how much work it took to get them looking so good.

Great booths! Hope to make it there some day soon!