Wrapping up from yesterday.... 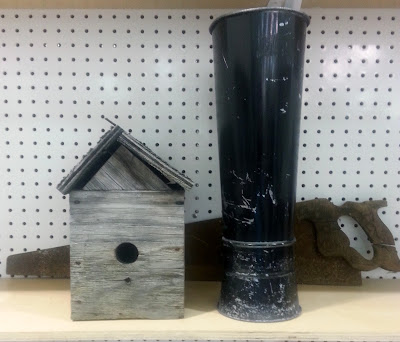 The handle on the saw is split.  The metal vase is not as old as it looks. 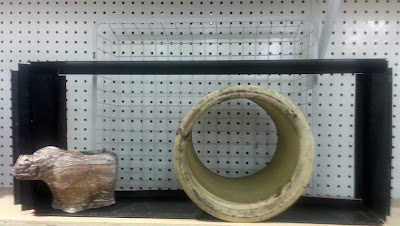 Bad shot composition here.  There's a wire basket that you can't really see in the back.  The black thing is a metal drawer without a bottom.  I think it would be a cool planter.  I thought the round thing was a crock when I first saw it, but it doesn't have a bottom.  It's pretty clear it was made that way and not broken, so it's a pipe of some kind? 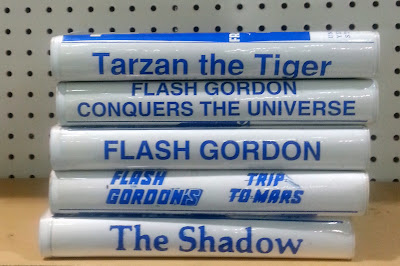 VHS tapes of old movie serials.  There are a bunch more of these.  I put them in the nerd booth.

I love the metal stand. 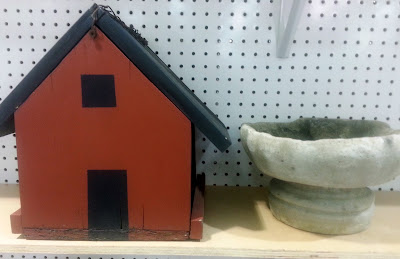 The concrete thing is a cute little bird bath.  I love finding so much great yard and garden stuff right when people are starting to think about such things.

Oh my what a great variety of stuff. Love all the bird houses! Spring is coming soon!!

Love the bird houses and the bottomless metal drawer. You will be shocked beyond belief what I have done to Horror Monster.