There wasn't a lot of good comic picking at the last Big Flea.  A couple of the usual dealers weren't there, and several that were did not bring their cheaper stock.  Oh well.  At least the comic shop will start having sales again soon.

I did find a couple of things, but not too much. 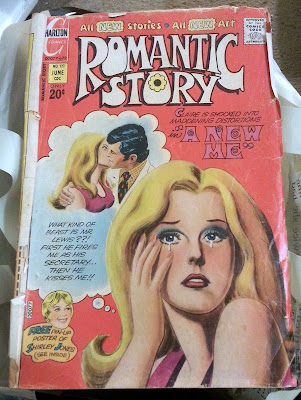 You all know I love me some old romance comics.  Typically, though, I stick with the DC comics, as they are both the cheesiest and the best quality.  This one is from Charlton, which was kind of a bargain basement comics company overall.  I got it because I liked the cover, which has an interesting and uncommon art style with all the shading. Charlton wasn't generally known for doing unique stuff like this.  The cover itself reads like this could be the comic version of the "Me Too" movement, except that you just know in the story she's going to fall in love with the creepy boss. 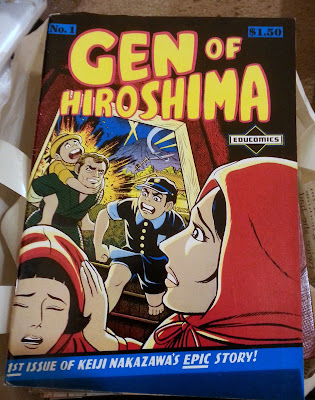 I already have this one in several versions, so it's going to the booth. Also known by the title Barefoot Gen, this is one of the most powerful manga I have ever read.  The cartoonist lived through the atomic bomb blast in Hiroshima, and the comic tells that story.  It's graphic, intense, and not for the faint of heart.  It's also incredibly timely right now, as we have leaders bandying the prospect of nuclear war about like it's no big thing.  I highly recommend this book. 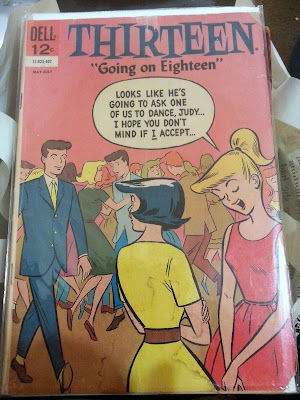 Thirteen Going on Eighteen  is a teen humor series by John Stanley, who wrote and drew the classic Little Lulu comics.  His work has a style and flair to it that I have always loved. 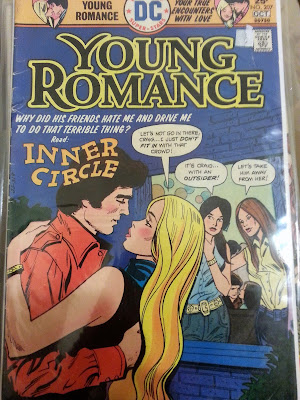 More romance comics, this time from DC.  This was the second-to-last issue of Young Romance, which ceased publication in 1975.  The romance genre in comics did not survive the 70's, sadly.  I got this book and the one below from a dealer who is always at the Big Flea.  I usually buy manga and Hardy Boys/Nancy Drew books from him.  He's had these comics forever, but wanted ten bucks each for them.  Not from this romance comic geek. He'd marked them way, way, way down to a much more reasonable price, so I picked them both up. 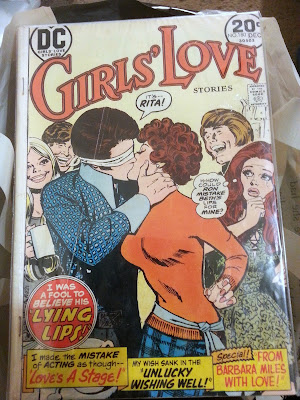 And that's the comic book update for this week  I'm going to work really hard to make this the regular thing I intended for it to be this year.

I'm off to an estate sale today that is supposed to have not only old comics, but one of my other comic obsessions.  At least, according to the pictures.  The person running the sale has caused some problems for me in the past, so I generally give her sales a wide berth, but I can't pass this up. Wish me luck!
Posted by EM at 1/19/2018 05:00:00 AM

I had, a couple different times, Gen of Hiroshima, as a comic book, then as a book. Great story.

Glad to see your back blogging! Missed your humor and your great finds!