No time this morning. We've got to take Chiquito to the vet for a very important appointment. He'll be a very different kitty when we come back. That means we can't feed him, which he of course doesn't understand. That also means we can't feed the others until he's gone (there's no way to keep him out of their food), and they definitely don't understand that. 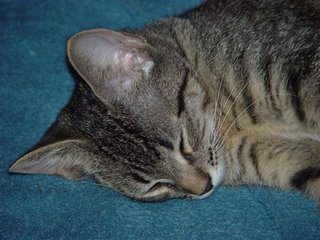 "They're going to remove my what?
I don't recall being consulted about this!"

So how about some music videos?

Old Crow Medicine Show’s new video is here. (Choose "Down Home Girl" from the list.) We saw them in concert right after their new CD dropped and they really kicked ass. I think they’re on the verge of becoming an act that we listen to, but don’t see live. There are way too many frat boys in their audience who just want to hear them sing songs about drinking and cocaine. After a while. That kind of crowd just becomes too damned annoying. They're still an awesome band, though. (And a couple of them are pretty cute, too.) You can check out their other vids while you're there.

Scott Miller and the Commonwealth also have a new disc out. They shared the Waterfront Wednesday stage with OCMS. (For the record, they kicked ass too.) Here’s a video diary of some of their recent exploits.

Moving from one Sugar Hill artist to another, here’s Sam Bush’s newest video, featuring a fabulous guest appearance from the Goddess of Music herself. If you look quick, you’ll catch Buddy Miller playing guitar. (His wife Julie wrote the song.)


I can’t believe it’s taken me this long to post this, but the video of the Del McCoury visit to my house is up at Amazon. I’m the one babbling like an idiot. You kind of have to ignore the host, who keeps trying to make Louisville play a bigger role in the history of bluegrass than it actually did. Still, it makes me smile every time I watch it. That was such an awesome day! You can see Keith in the background of some shots taking pictures.

We managed to get it up on YouTube as well. It’s missing the opening narration, however. I think that actually makes it a little better, except that you don’t get to see the scenes of Louisville.

A few weeks ago, Amazon sent me a few of the pics they took that day. 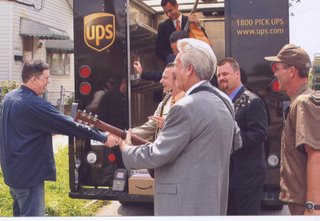 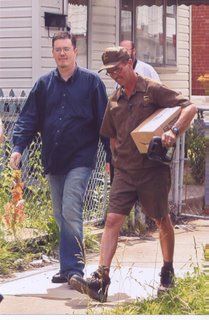 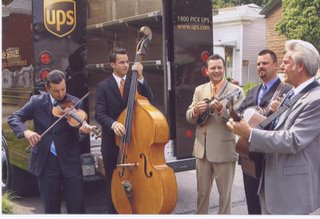 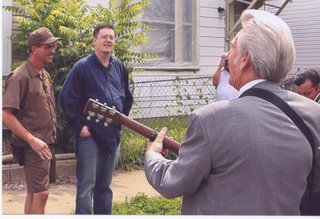 And, just to wrap up with something completely different, here’s an old Teen Idols video.

Damn! You're on YouTube. May I get your autograph?