As I mentioned earlier, there was a killer book sale this past weekend.  This one of the few large-scale--and by that I mean "big room full of hundreds of books"--book sales left in town.  Even the library has given up their huge twice a year sales in favor of local branch sales, which do not seem to be well-advertised.

This particular sale is put together by a student group at UL and is held every other year.  They raise money for a different charity each sale.  This time it was for camp scholarships for kids with cancer.  The sale lasts for a week which has got to be exhausting for the workers.  I had hoped to go a couple of times during the week, but the week of booth work kept me at bay.

In the end, I only made it for box day on Saturday, which didn't affect me at all, because there was still more than plenty left.  I filled two boxes (one of them good-sized), plus Mavis.  Here are some highlights.

Fun magnet book, with the magnets.  The cover is metal, so you can do the tricks in the book.  I'll have to put this one in a comic bag to keep it all together. 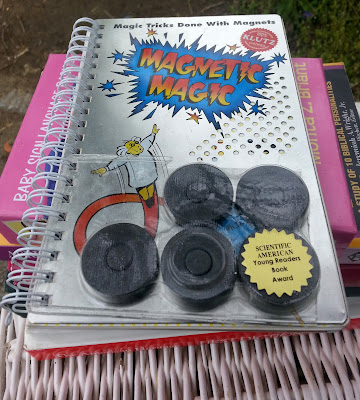 I grabbed these books at random for this shot, but it's a pretty representative sampling.  With a range from the infamous Rev Jeremiah Wright to The Dork Diaries, it's kind of obvious who was buying the books, I think. 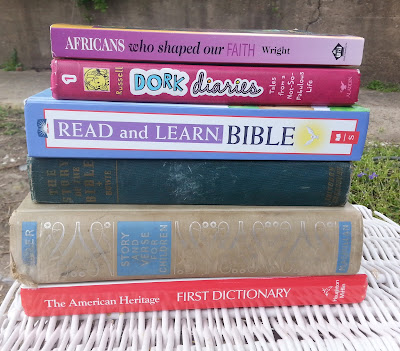 There were actually three volumes of this Junior Classics set.  I wish there had been more. 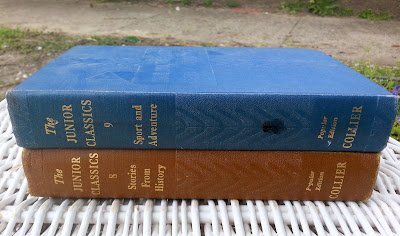 The end papers are lovely. 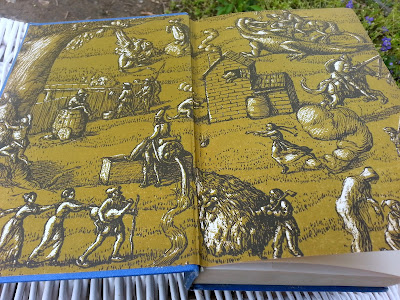 Since it was actually a book and media sale, there were a lot of DVD's there as well.  I was surprised to see so many on the last day.  I bought a good-sized stack, including these Thomas discs.  I've become rather fond of old Thomas.  He's another sure-seller for me.  There might have also been a cartoon or two, along with a foreign film for a certain blogger you all know. 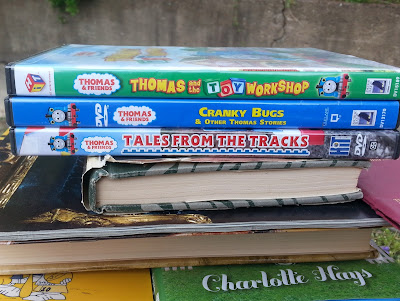 There's a subset of comic collectors my age whose interest in the hobby expanded into illustration years ago.  There are tons of books in my library dedicated to various artists and illustration art.  I have always said that if I had the time, money, and room, I would collect children's books for the design and artwork.  Thanks to the booth, I don't have to.  I can become a temporary custodian for a few, while they wait for their new home.

I found several children's books with art I just loved, like this German edition of Hansel and Gretel. 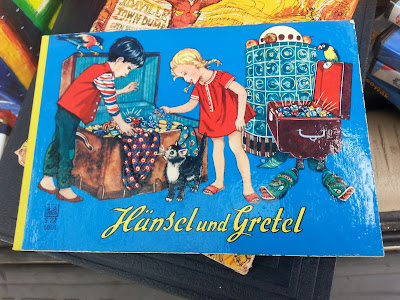 Again, the pictures are just lovely.  The bright colors on the witch are amazing.  And who is that "photo-bombing" this foreign language children's classic?  Could it be Chiquito?  Why, yes!  I do believe so.  He even has the Paw action going there.  He looks like he's on the side of the witch, but I think he's showing Hansel how to trick her with that bone.  Clever kitty! 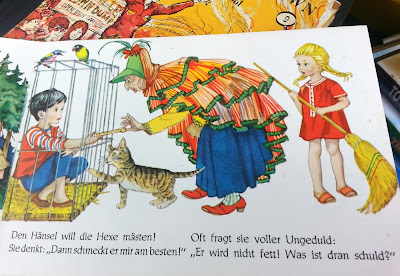 I loved the Encyclopedia Brown books when I was a kid.  Along with the Hardy Boys, they were my gateway into mystery fiction, a genre I still enjoy today.  I have to confess that I do not remember the book where he attended a hippie rally. 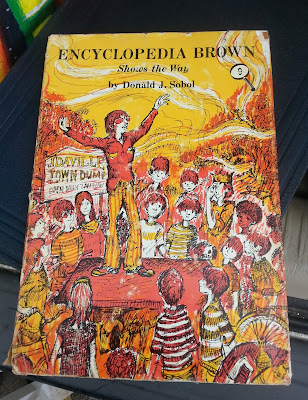 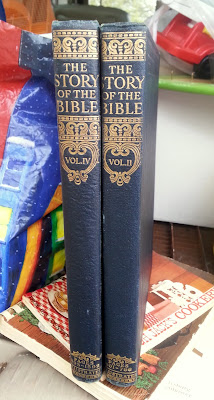 My uncle taught me not to pass up spiral-bound cookbooks put together by church and civic groups.  I found scads of them at this sale, only a small sample of which is represented here.  I have to confess that I do not get the appeal of these books, which seems to me would be limited only to members of the groups and their families.  On the other hand, I sell a lot of them, and that I can understand.  One time I found a cookbook from my old hometown church.  It was fun to go through and look at the names. 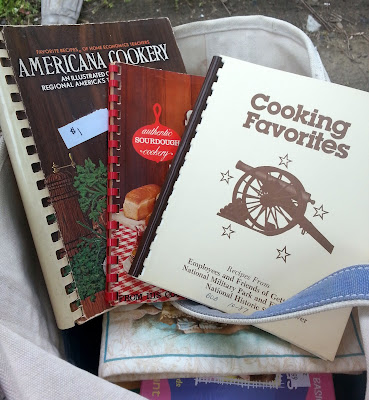 A vintage book about making vintage Christmas ornaments.  I predict some crafter will love this.  It reminds me a lot of the decorations that my mom made when we were kids.  I do hope whoever buys this does not make that snowman on the cover.  He's creepy. 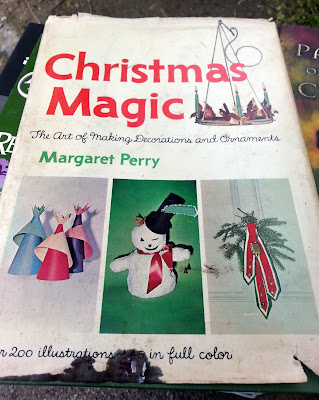 My kids book section is still recovering from a big hit it took a few weeks ago.  This batch of like new Baby Einstein books will help out. 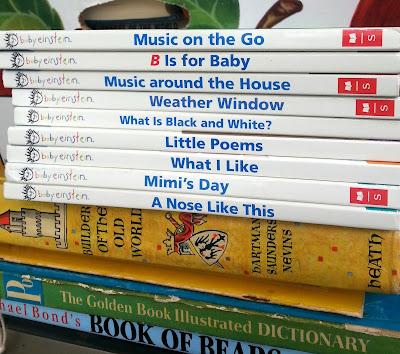 Of course, there were a few things for me in those boxes.  I even found a book by one of my old seminary profs.  (No, Prince Valiant was not one my seminary profs.  I would have stayed in school if he was. Now, Betty Boop did teach my Intro to Theology course.  I quit after they fired her.) 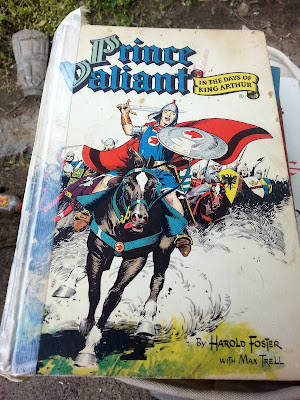 Whenever she would visit us, all the kids had to gather around each night and listen to Aunt Charlotte share stories of Bible History.  It was the only use the poor dear ever got from her Masters in Theology.  She had wanted to be a traveling preacher, but her chronic motion sickness made that impossible.  Mother used to say that Aunt Charlotte could get queasy and dizzy walking across the living room. 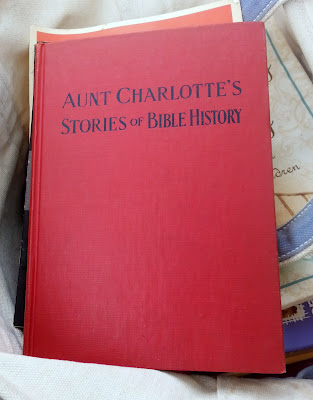 There were several of these vintage Russian booklets. 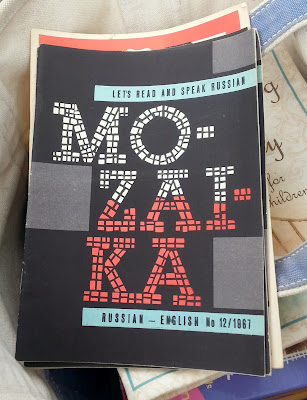 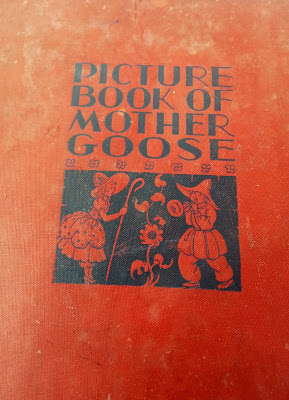 The black and white pages are stunning.  The shading work is just lovely. 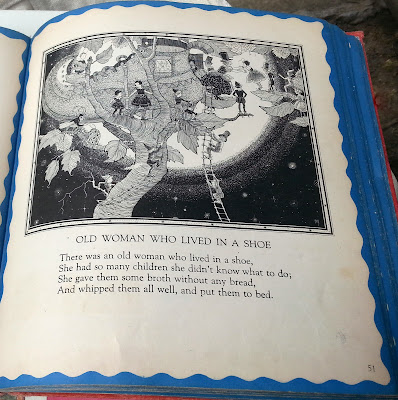 The color pages are nice examples of the art deco-ish style called ligne claire, made famous in the classic comic strip Bringing Up Father, which is sometimes referred to as Jiggs and Maggie.  It's a style that would influence later illustrators like Mary Engelbright and Joan Walsh Anglund, as well as one of my favorite comic creators, Trina Robbins. 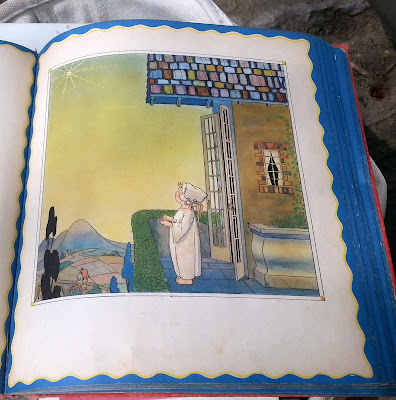 I love the pattern work on the kids' clothes here.  It's very reminiscent of the kind of thing George McManus would do. 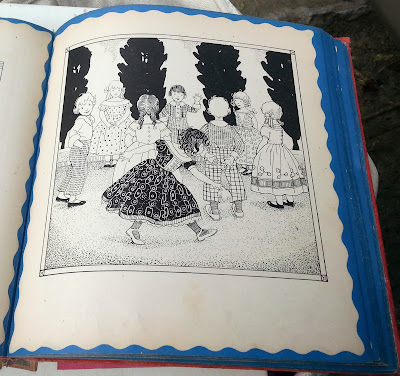 And finally, a vintage Dr Seuss book, complete with dust jacket.  I'm kind of torn between making up a story about my imaginary great-uncle Thidwick or making a snide remark about how Thidwick's nose looks like butt cheeks.  Since I don't know which way to go, I guess I'll just leave it alone.

Butt-cheeks notwithstanding, there never was a children's book author/illustrator as wonderfully wacky as Dr Seuss.  He's been a big influence on me for sure. 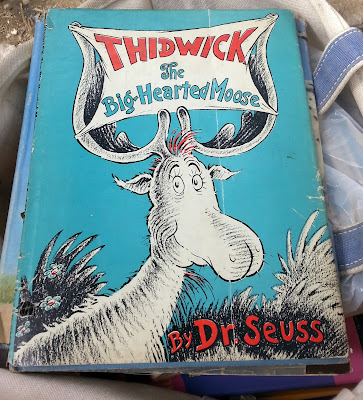 You're right, that snowman IS scary. But the three kings design in paper is pretty cool.

What's a good Trina Robbins to start with? My library has several. I'm not much of a comics reader but I like her illustrations.

I have read/seen/loved so many of the books you shared today. Great sale indeed.
Joy

Man! $17,000 selling books - that is amazing! Many of the books you bought would be great for framing. Not the buttcheek dude. But the sweet ones and the one with the witch. I have banned myself from buying books. Which, of course, means I have bought more than ever lately. I CRAY CRAY!

Those spiral-bound cookbooks can come in handy for genealogy research. If you can find a relative's name in the book, you can contact the church to see if they have any records on that family. Sometimes you get a little desperate!

I love a good book sale. You found some really awesome items. Love the old children's books so much. I find them now and then and keep them at my house to read to my Grands. I have given away lots of those spiral bound cookbooks lately!
hugs,
Linda