Listen to the Music!

Music has always been a huge part of my life.  I know I'm not alone in this, by any means.  There used to be a group of bloggers that did mix CD exchanges a few years ago.  That's how I met Roger.  I loved doing that, because I found so much new music that I liked.  Lately, I've been using YouTube as my source for new music.  I hardly ever listen to the radio any more (unless it's NPR), so I tend to play/listen to my old faves and stand bys a lot.  I watch YouTube stuff while I work, so I still get a good dose of new/interesting stuff. 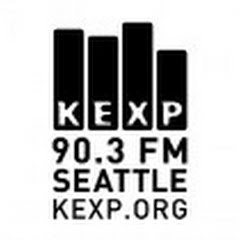 I thought I would do a post about some channels that I really like.  First up is kexpradio, a public radio station out of Seattle.  They apparently do a tremendous amount of in studio artist appearances, because they post three or four a week.  The variety is amazing--established acts, new acts, indie artists, alternative stars, local and regional faves--and the spread of genres is pretty varied.  Not everything is my cup of tea, but there's a lot more hits than misses.  I always have several of their shows on my Watch Later list.

Another one I really like is MusicCityRoots, the channel for a concert series out of Nashville that focuses on the wide variety in the Americana and alt-country scenes, but also ranges out into rock, jazz, and world music from time to time.  Jim Lauderdale is pretty involved 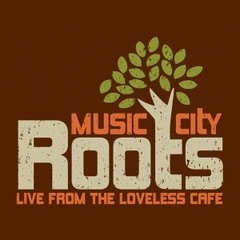 here, as he keeps popping up in their vids.  That's always a good thing.  The acts range from established folks to local/regional artists, which means there's always a lot of folks I'm not familiar with in their feed.  Since this is my "favorite" type of music, I usually find an awful lot to like.  My only gripe is that I wish they would put up whole sets in their feed, instead of individual songs.  Sometimes I find someone I really like, and there's only one song from them.  Augh!

The last one I want to plug is not connected with any kind of outside entity.  It's just a channel done by a fan, who uploads music that she likes.  And she has a vast library of stuff to choose from! 1000Magicians has a real bug for the Americana and traditional country scene, so you can find all the good stuff on her channel:  John Prine, Kristofferson, Patty Griffin, Nanci Griffith, Vince Gill, Allison Kraus, and of course, the lady, the legend, the goddess herself:  Ms Emmylou Harris.  If you know me, you can see why I like this channel a lot.  It never disappoints.  You can find some real gems here from classic performances.

good info, Eddie! Yes, I still play some of those CDs you made, esp the anti-Christmas one.