You try as hard as you can not to do it, but every junker will end up with a lemon from time to time.  I'm so tired of looking at these things that I thought I'd put them up here, so you all could share my misery. 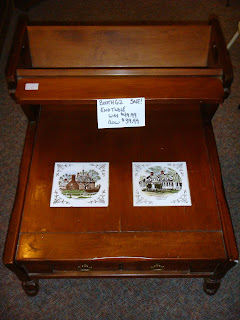 Now, I fell in love with it when I first saw it.  Solid wood.  Oh so rustic.  Awesome tile inlay.

And a built-in bookshelf! 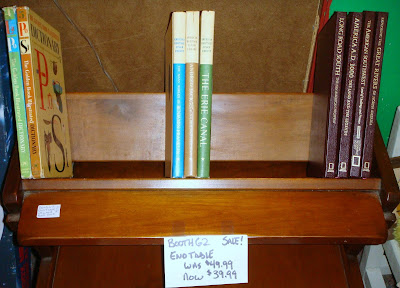 I was convinced someone would love it as much as I did.  It's got a bookshelf, for crying out loud!

It was a little more than I normally spend on a single piece, but I was getting a whole lot of other, cheaper furniture pieces at the same time, so I jumped on it.  That was almost two years ago.  I should have dumped it a long time ago, but I have a hard time giving up on something I find so cool. 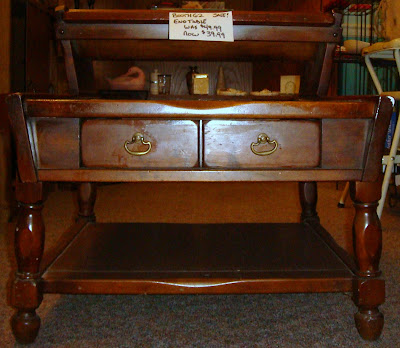 Now I've got it at cost.  Thankfully, all of the other items from that buy have sold, sold quickly, and sold well.  I've made my money back on the buy and a nice profit, so I'm not going to hurt as bad over this one piece as I would otherwise.  (As long as I don't think about the rent for the space it's occupied for two freaking years!)  Still, I would have liked to have made money on it.  Now I just want it gone.  I'm prepared to go below cost if I have to.

There's a market for it, but it has to be painted pink or turquoise in chalk paint. Throw in soem chalkboard paint and it will sell. (I don't paint furniture either - I sell it as is and let the buyer do it).