This one should wrap up my catch up of recent finds.  Whew!  Remind me not to get behind again!  Bad junk blogger!

I still have a post about some keepers for tomorrow.  I also have one or two special things that are already in the booth that need to be shown off a bit.  I should have all of those little bits and pieces out of the way this weekend.

Once again, posted pics with minimal comments.  The colored dots on some items are from the sale where I got them, which used color-coded stickers to price most stuff.  I left them on so I could re-use them to price everything for the booth. 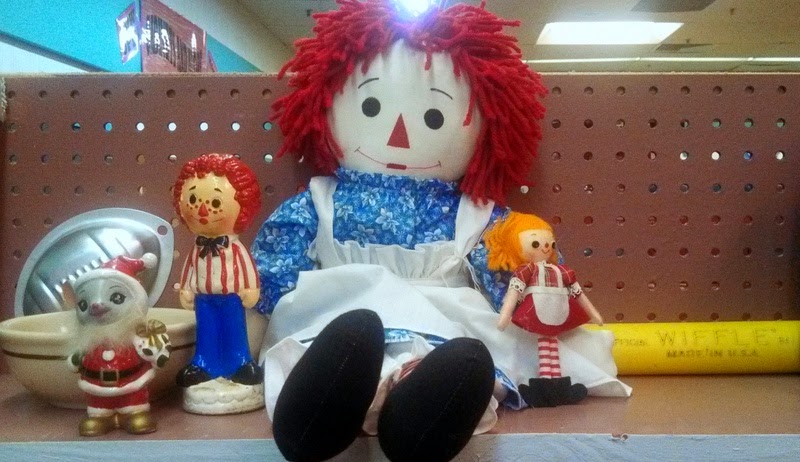 See the original Wiffle bat peeking out there? 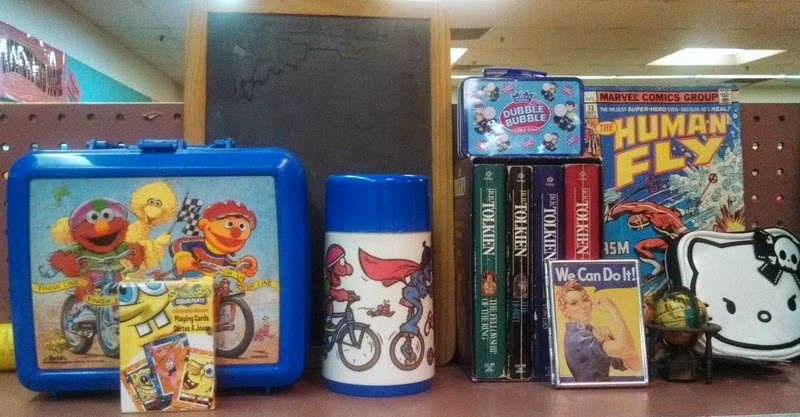 That Human Fly comic is no great shakes, other than the fact that it was a fun read when I was a kid.  It's in pretty tough shape too.  But, I was making a pile at this sale, and I have sworn to leave no comic behind.  I'll put it in my 50 cent box for the next sidewalk sale. 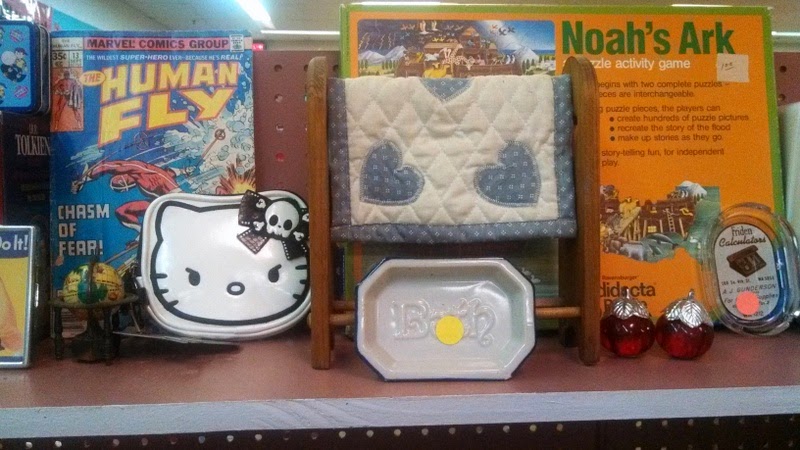 That lunchbox kind of tickles me.  It would have been cooler if the thermos said "Thermos" on it.  That L&N thing is a stapler I turned on its side to show the monogram.  L&N stuff is pretty popular around these here parts.

Everybody called my dad's father "Pappy" so I had to get that sign. 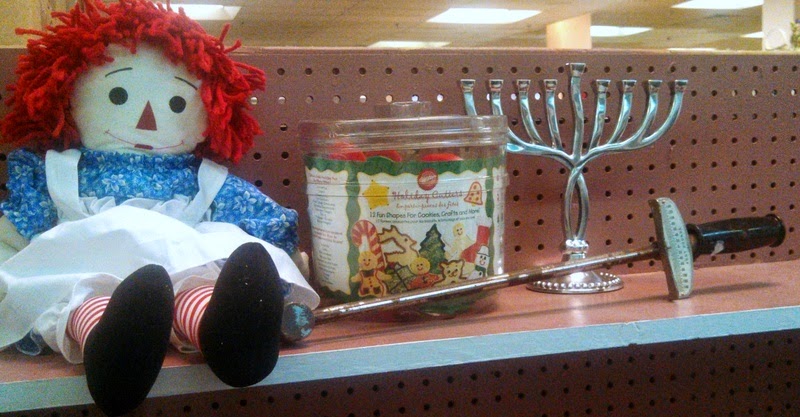 That thing with the black handle is a torque wrench.  (I didn't know either and had to ask someone.)  I got two tubs of those Xmas cookie cutters.  I sell lots of cookie cutters over the holidays.  The menorah came in a box that said "Contemporary Menorah" on it.  I decided that sounded kind of catchy and have been singing it as a jingle all afternoon.  I finally added "She's fab!" to the end of it and the jingle is complete!  Now I just need a sitcom to add it to.

I felt like Shara when I found a whole tub of vintage ornaments for 25 and 50 cents a box!  I stacked that whole tub on top of the two other boxes full of stuff that I was carrying around the sale.  I think I made quite a sight!

Some sets are older than others.  The first box on the left even has a picture of the ornaments being made! 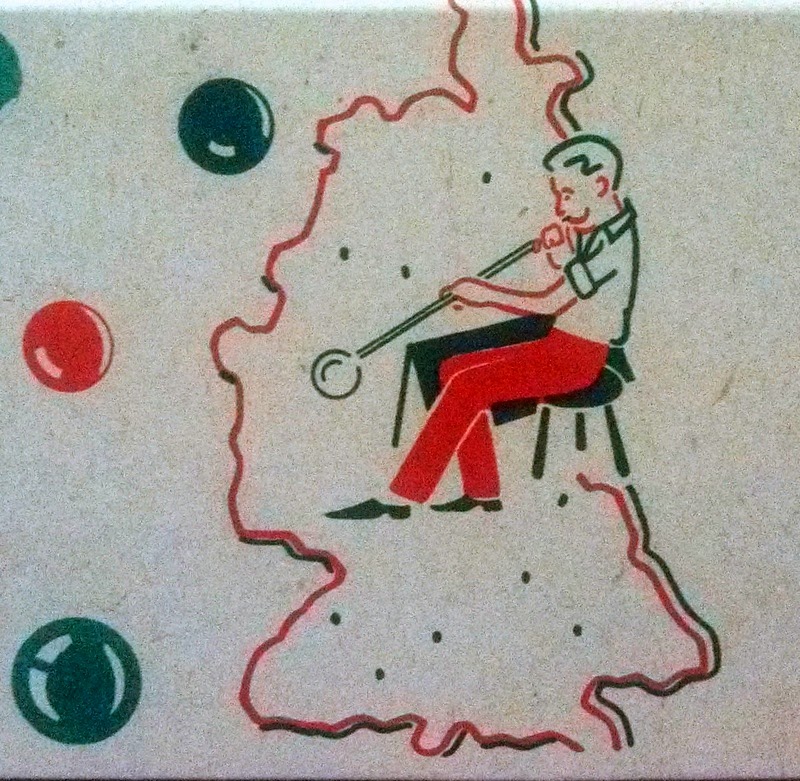 I asked this guy about his job and he told me that it kinda blows!  (Sorry!)  The box on the far right has this cute Santa on it.

The middle box is a vintage Shiny Brite box, but all the blue ornaments have been mixed up in the boxes.  I'll have to straighten them out before the holidays.
Posted by EM at 6/05/2014 05:00:00 AM