So, I ended up not leaving the house last week, except for one trip to the booths.  It was cold, snowy, icky, wet, and just not pleasant.  The streets stayed nasty all week, so every work day I would have had got cancelled.  No complaints from me.  Turns out I really needed the rest more than I thought. I had some things in the house to price, which kept me busy.  And there's nothing wrong with a good nap (or a dozen) on a cold winter's day.

It's supposed to stay cold this week, but the white stuff is clearing out.  By the end of the week, we'll be into better weather.  I'm finally going to get that Goodwill trip in, plus a few more errands.  Depending on how wet the back yard still is, I'm going to try and work on the booth stuff in the shed.  I don't have a lot to do, so maybe I can get it done, even if it's a little muddy.

I have four-five banana boxes with my religious merch in them that I would like to get all stacked together so I can grab them this weekend.  They're all labeled, so it should be easy to do.  I also have about six boxes with unpriced stuff in them that I would like to pull into the house to work on.  My goal is to have a full van load (or two) to take to the booths on Saturday.

I'm also planning on my first midweek booth work day for this store on Wednesday.  I've got a lot of work to do right now.  The manager offered a booth swap to me and I decided to take it.  I'm moving from a really cool spot in the back that I would not normally give up to an end corner double booth on the same row where my other booth is.  The temptation of having everything all together, plus the double-spread end row booth is too much to say no to.  The nice thing is that I can move a bit at a time over several days and avoid the rushed clutter that I cam dealing with now.

I actually headed out on Saturday to start the work, but the new space was not totally cleared out, so I couldn't.  It's supposed to be all cleared out in a couple of days, so I'm going back Wednesday to start moving and cleaning up.  Since I couldn't do anything on Saturday, I hit up a nearby thrift.

Of course, I found a few things. 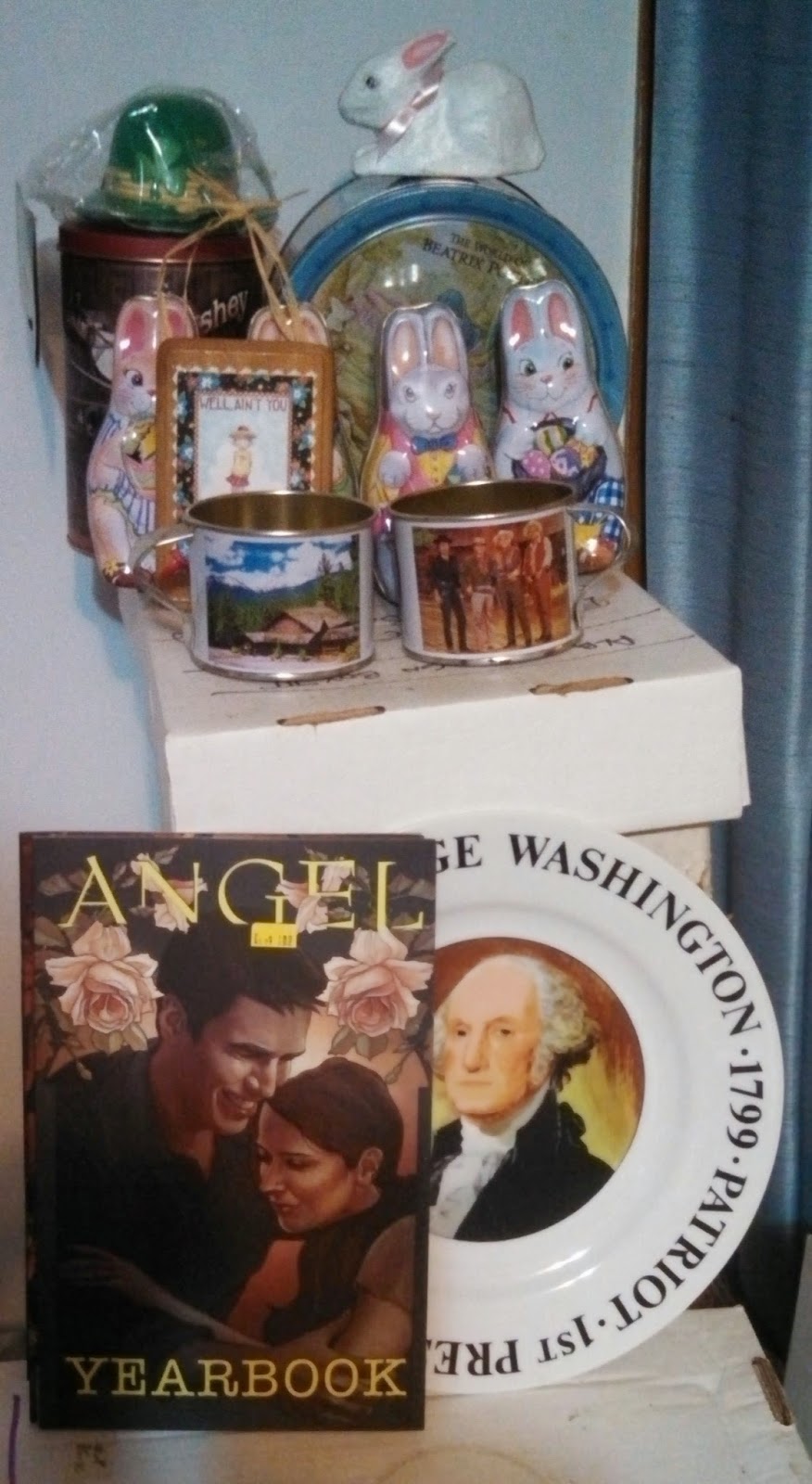 I got the bunny stuff to tide me over until I can dig my little Easter stash out of whichever storage place it's in.  I thought the tins were cute.  The Ponderosa Ranch tin cups aren't old, but they are cool.  The Angel graphic novels were a fun find.  They had a huge stack of comics, but they were a tad much for my tastes right now.  I'm going to have to wait for them to go half price in a week or two. 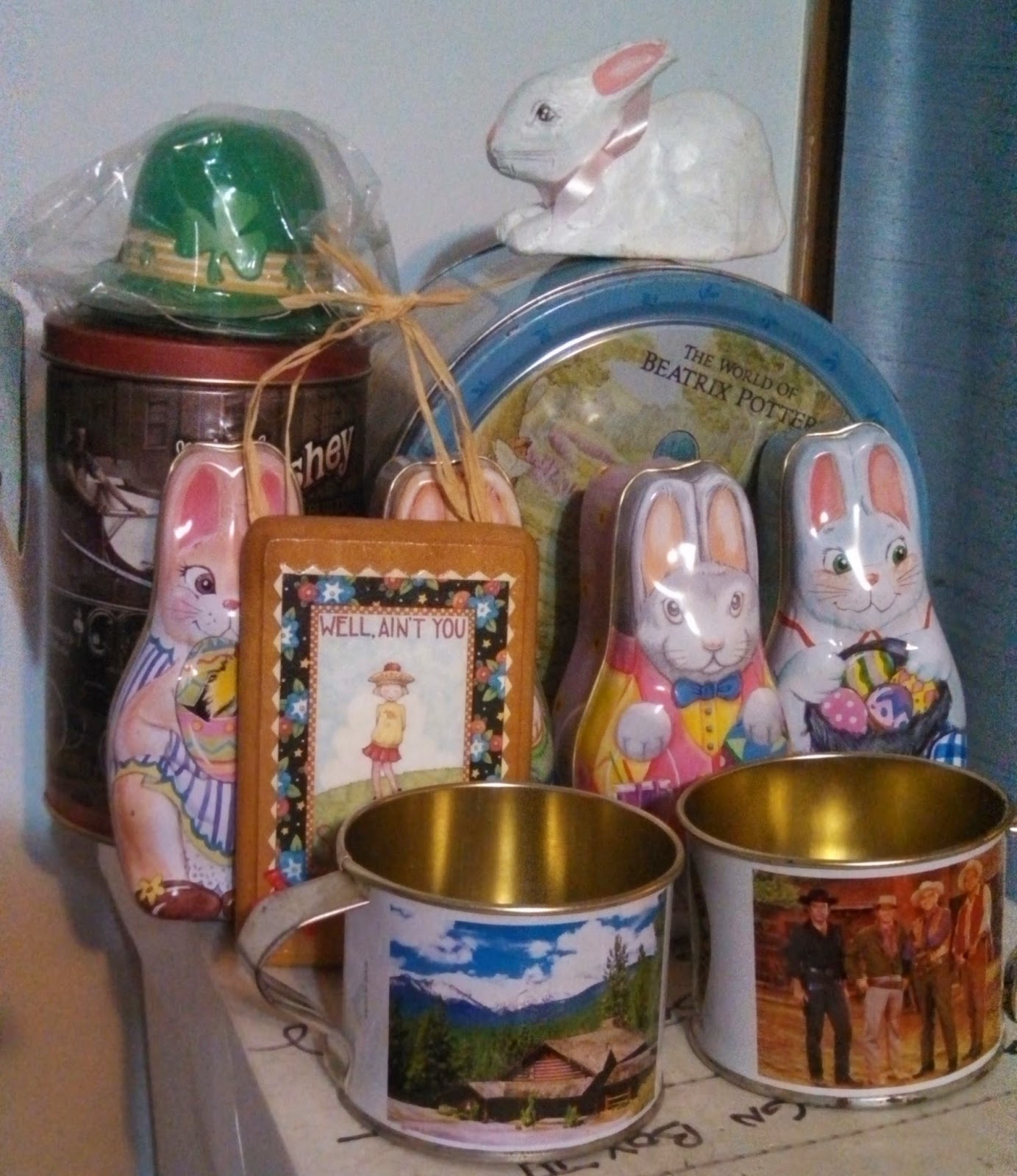 I am so glad you got some good rest. I think my cold is finally on the wane so I'll attempt to get out of the house today. I need to take some stuff to the thrift and of course take a look for new stuff! I like the bunny tins. I think having a large space all together must be easier for sure.
hugs,
Linda