First things first, as always at this time of the month, we have Your Chiquito of the Month for September. 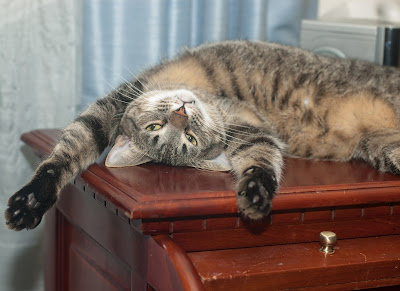 He stretches out like this, on his back, front legs extended all the time.  I swear, if he weren't a cat, he'd have to be a rag doll.  I love that rust colored fur on his belly.

And now, the junk.  I'm sparing you all a lot of the more repetitive usual kinds of stuff that pops up a lot here.

You can't shop at a closed preschool and not buy a tub of wooden blocks. Or, at least I can't. 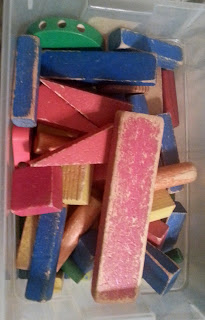 Lots of them have that wonderful wear that only hordes of four and five year olds can create. 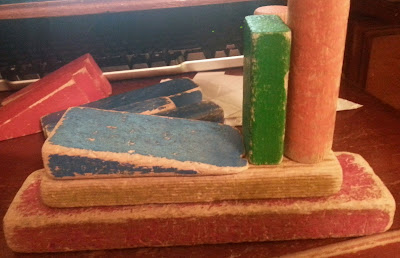 There was one little block with cute blue stars on it.  I saved it for something else. 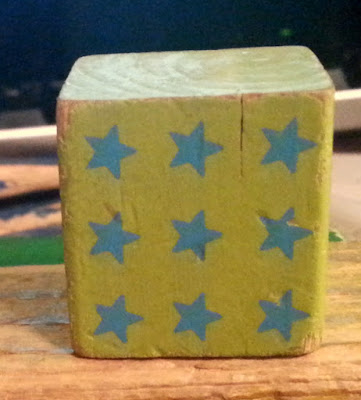 There were also two tubs of these small colorful plastic animals.  I guess they were given out as rewards or something.  You'll see some of them again, just as soon as I get something worked out in my head.  You have been warned.


Vintage letter tray.  I love these!  Don't you? 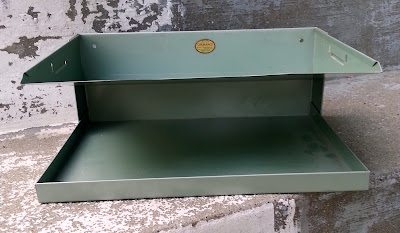 There was another one of those cross hooks, but I forgot to bring it out for the pics.  Oh well.  Bad blogger strikes again.  Captain America guards my treasures. 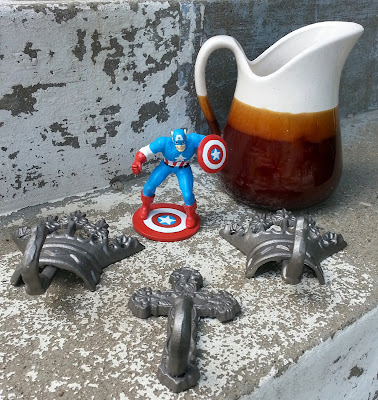 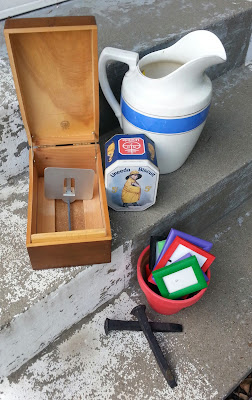 Handmade wooden altar.  The seller told me his father in law used to make them.  I want to keep it so bad, but I've been keeping a lot of religious articles lately. 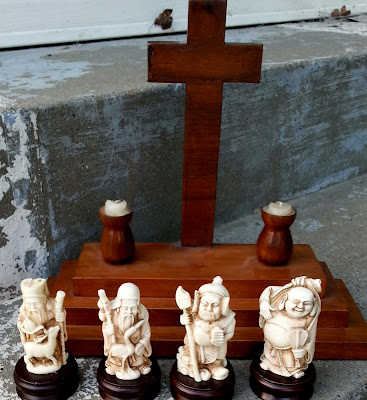 A bunch of 1980's school folders.   Everyone I knew had that mountain scene folder back in the day.  The presidents folder ends with Reagan.  There were five of the Muppets folders.  I got them all.  Muppets rule. 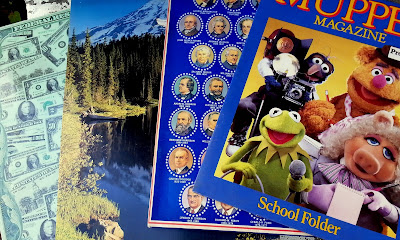 This was my "fortune favors the bold" moment.  The box of shutters was in a church with a sign that said "make offer."  I found the dishes, put them in the box, and went to pay.  They were looking at the dishes, and I offered them five bucks for the shutters.  They countered with five for the whole lot.  SOLD! 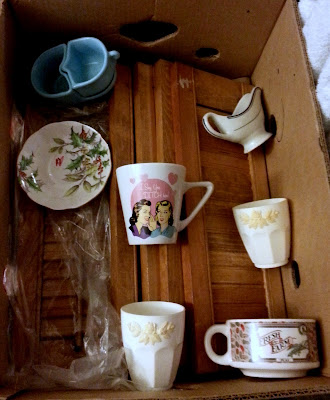 Keep the altar. Not something you find everyday. I've sold things I really wanted to keep, things I know I'll never see again and they haunt me. KEEP. THE. ALTAR. love the shutters, too.

Glad to have my Chiquito fix for September (can you believe it's September!!). I like the Captain America tableau. And am curious (and a little scared) to find out what is planned for the plastic animals.

Those are 'Counting Bear's - they use them in preschool to learn to count and learn colors - there would have been colored cups and they kids sort a certain number into a certain color. A new container of 100 sells for $15.00 and you have a TON of them in that tub!

Keep. The. Altar. For awhile, anyway.

I see Chiquito giving us all a low ten. He is a handsome guy. LOVE the blocks - I use mine for Christmas decorations. I second or third or something - KEEP THE ALTAR! It is a piece of folk art.

Keep the altar !! The wood it's made with is beautiful :)) Love the Chiquito pic , he wasn't comfy or anything ....?haha Those smaller shutter's just stained sell very well. I've seen them on Etsy for a pair for 19.95 not painted plus shipping. I about fell off of my chair, I have 6 or 8 pair's painted white out in the HH and payed 1.00 ea. Time for a garage sale, I'm on the main drag in Amish tourist country. The slug might have to slime off of the couch. Oh I have a package in my mailbox from Donna, yea better do something !!! Hug's Tammy