So there was a sale at the comic shop yesterday.  Last sidewalk sale of the year.  The crowd seemed to be down, which I didn't mind, since that meant I was able to get through all the comics for once.  Usually, I skip a box or two, because it's not worth the hassle to wait for them and then have to rush because someone else is waiting.  Nerd herds can get on my nerves a bit.

The comic selection wasn't as good as it usually can be.  There were whole boxes of 90's crap that no one is interested in, especially not me.  There are always a couple of these hanging around, but it seemed like this time there were more than usual.

Still, I found some things.  It was a pretty good day to be hunting for myself.  I took these pics late last night and the light was really bad.  In other words, bad blogger.

I picked up some strange movies for me.  I'm planning a veg-out weird video fest in a few weeks when I do some house sitting.


And some strange comics.  I fed my educational comics love with a book about dinosaurs traveling the country.  It's the cool way to learn US geography!  Yes it is! 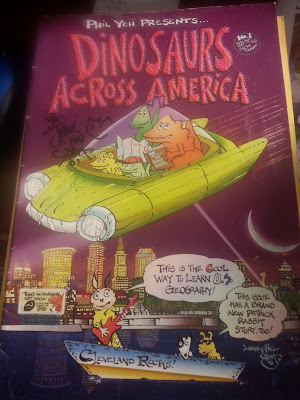 This one, alas, doesn't have the record with it, but I do get the comic book.  In the 70's they printed a couple dozen book and record sets in comic form.  The topics were usually Star Trek, GI Joe, and a few super-heroes, but there were also a few adaptations of classic novels.  I've only got a couple of the books and would love to get some more, with or without the records. 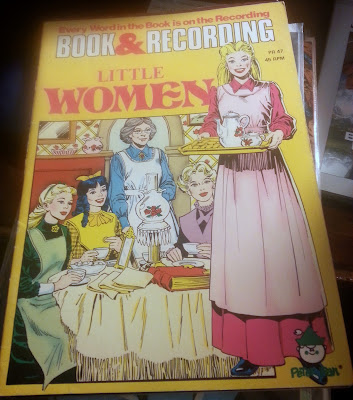 I haven't found one of these Amar Chitra Katha books in ages.  I love these things, which retell Hindu myths in meandering comics.  They all have lovely painted covers and much less ,ovely art work inside.  I love these things!  I only have a handful of them, so finding a new one is a fun moment for me. 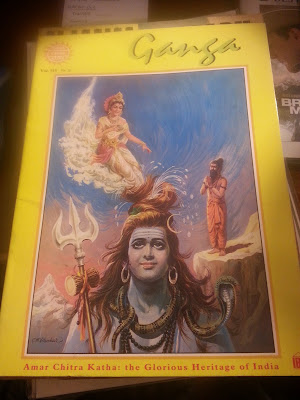 Typical comic collectors are always on the look out for that one issue that they need to complete a series.  I've gotten past that stage for the most part, because I'm hunting for types of comics, rather than titles.  In terms of series I've been collecting, there aren't really that many issues I need any more to finish a run.  Every now and then, however, I find one.  Like this one.  Happy Eddie. 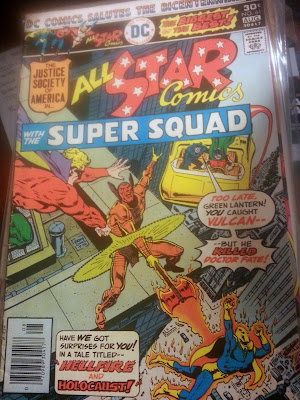 In the 70's and 80's, Radio Shack did a series of giveaway comics about electronics and the nascent PC movement.  Many issues featured Superman working with a couple of kids who helped him by using their TRS-80 personal computers.  Some of them had a more general theme.  I think I maight already have this one, but for 50 cents I can take the chance. 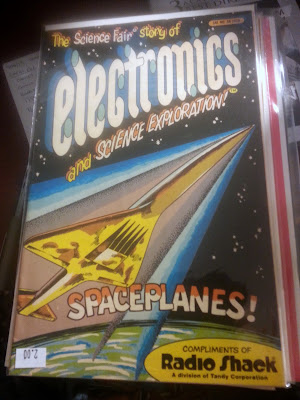 Giveaway and promo comics are another kind of comic that I'm interested.  I found a Buster Brown giveaway comic from the 50's yesterday, but the first few pages were missing a huge hunk which had been torn out, so I left it.  Sadly.  I don't mind getting something in lesser condition, but I still want it to be complete and readable.  Picky, picky.

This looked interesting.  Too Much Coffee Man is one of the few comics that I ever got Keith interested in. 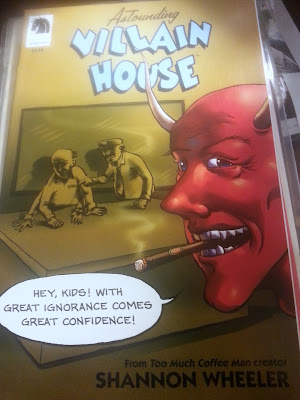 This one has an owie on the cover, but it's still a cool cover.  Seriously.  The kid is riding a demon cat-lizard thing.  A red cat-lizard thing.  That's awesome.  I think you can now add 60's/70's DC horror comics to the kinds of books I'm looking for.  It was inevitable. 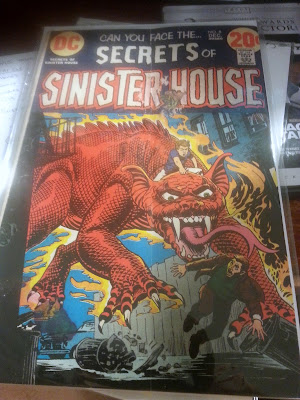 I need to do a post about the kinds of comics I hunt for personal purposes.  Also for booth purposes.

Speaking of the booth, I did get a small batch of stuff to sell.  I just wanted to focus on the stuff for me this time around.  One of the things I did get for the booth were several discount packs of manga comics. 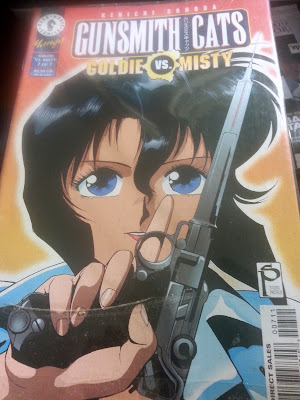 There was a time when manga stories were imported from Japan and published here in single issue comics, after the fashion of the American comic industry.  Later on, the book collection of those issues would be published.  Eventually, this single issues were discontinued in favor of going right to the collected editions.  This is what helped fuel the manga boom in the late 90's early 2000's.  I sell tons of those manga books.  Tons.

I sell a lot of the individual issues too, especially when I can find a run of sequential issues and sell them as a set.  To do that involves time in bagging the books together and labeling and pricing.  Finding a bunch of sets already made up means that all I have to do is re-price them.

Comic books are not my thing, lol, but the 'more' well I'll wait for that!

Whatever happened to Little Lulu, Richie Rich, and Jughead? I guess I was a tame comic book girl. I was very surprised to learn how much they cost! They're not a quarter any more.