A funny thing happened over the weekend.

I finally hit and then passed my monthly sales goal for the booth.  In fact, even if I don't sell anything else this month, I'll now have set a sales record for this store.  If I keep selling at the rate I have been (and who can predict such things), I'll have my second or third best month overall anywhere.

Suddenly, a wave of entrepreneurial energy has flooded over me! 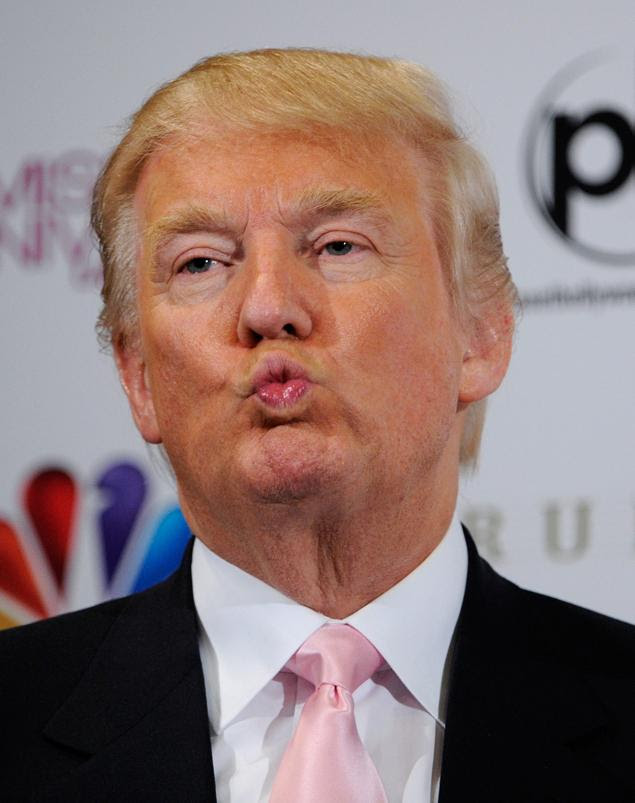 The Donald is over! 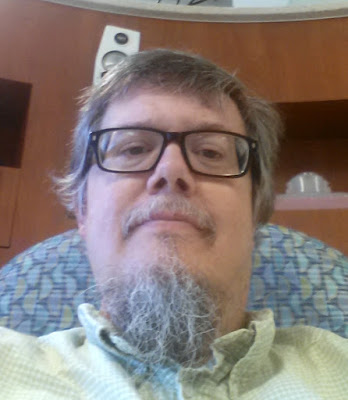 It is now the era of The Edward!

Fun fact:  The Edward has better (and more natural hair) than the Donald, even if he does still need a damn haircut.

Don't worry.  I am not going to start referring to myself in the third person all of the time now.  Just some of the time. When I'm feeling cocky flushed with victory.

Strong sales this time of year are not unusual.  Fall is a good time for the vendor malls around here.  What's weird is that this sales-run is entirely smalls driven.  I've sold two pieces of furniture this month.  Two.  I've only sold a couple of larger-priced items besides that.  Everything else has been small stuff that's ten bucks or less, with much of that being in the one-three buck range.

I'm down to my last batch of already priced comics.  I priced up everything I got last weekend, but I'm going to have to do some bagging and pricing this week.  I'll also need to haul in a box of books.

Once I get the restocking done, I need to spend some time working on the Endcap Booth.  It's become a little more disorganized than I like, so I'm going to try creating some sections and "zones."  I'm also going to move pull all the furniture out and put it in new spots to try and jump start those sales.

In other good news, my scan was good.  Really good, in fact.  The docs are happy.  I'm happy.  Things are definitely moving in the right direction.  The treatment will be continuing for some time now, but it's doing what it's supposed to be doing.

The whole visit went really smoothly last week, except that the lab got backed up, which delayed my treatment for a little while.  I was out about 30 minutes later than normal, so it wasn't too bad.  The Bingo volunteers were there this time.  I didn't play, because I was really engrossed in my puzzle book, but there was a woman in my section who was intense about it.  Made me realize that Bingo Halls are not places I want to be hanging out.  People get cut-throat over their Bingo.  Even though I didn't play, they let me pick a prize out of the prize basket at the end.

Still waiting for the arts and crafts lady with the macaroni art.


This weekend is the big Highway 60 sale, and I am psyched to go!  We'll only go about an hour or two down the road, then turn around and come back.  That's usually enough for a full van load.  I'd love to make a killer vintage Christmas score.  My Christmas stash feels so light this year that it worries me.

Hip Hip Hooray for Edward ,Eddie !!!! Those small's do add up quickly. What an entrepreneur you are :)) Donald who ???????
I am SO happy to hear about Edward's scan's, just plain elated !! I can eat Mexican 24/7 so it isn't fair for him to show me Mexican food at 8:00AM, I'd be heating it up for breakfast now.
Edward deserve's that damn trip down Highway 60, explore and enjoy :)) Have a happy , healthy day Edward and Eddie
P.s. the NY Met's made the rookies's walk down the tunnel in their t-shirt's and UNDEROO's after the game ystrdy . Lol I don't know if it was baseball or football, all I saw was hottie's in UNDEROO's and thought of you in your Batman attire.Lmao

All the good news just starts my week off with a smile!! Yay to the good scan, the great sales and you feeling 'Donald-ish'! The sale sounds good but for now I'm still dealing with downsizing my stuff so I can walk through my home! Ha!
hugs,
Linda

So happy to hear your booth and your treatments are doing well!! I was really hoping I was going to be able to get to the Highway 60 sale this weekend, but I've gotta do some wedding stuff this weekend (19 days from today!!). However, I'll be doing the covered bridge garage sale route the following weekend. :)

Great news on all fronts! Yay! Team Edward. No, wait, that's something else. Anyway, YAY! Have fun on you yardsale adventure. I had SO much fun when I went on mine - just junking and laughing and a free clear mind. *You have better hair on your chin than Donald has on his head.

So happy to hear your scan was really good and that the treatment is working. That's great news!

Glad to hear about your scan and your great sales! Also, The Donald has nothing on you, the beard alone kicks his scrawny haired ass. Your victory lunch looked delicioso!

it's always the era of Edward.

Your good news is great! Happy you are selling and better about the scan. Have fun this weekend, we are in the supposedly path of the hurricane or at least the rain part. Stocking up today in prep for that!

Great news all around! Glad to hear you're doing so well.

After all the good news The Edward needs something greater than one Mexican meal! Surely there was a Corona somewhere. My smalls are selling like hot cakes - small pieces of furniture also. This will be another good month for me. This weekend is a major yard sale event. Our whole county is having them in most neighborhoods. The county adjacent is having a ten-mile event with all spaces taken. BUT the prediction for 12 inches of rain has stopped everything. BOO!

I am off to celebrate for you!