I am totally exhausted right now!  As I've mentioned before, this is the week of our official junk set out.  Curbs in our neighborhood have been laden with wonderful goodies since last Thursday and Friday.  I think I might say this every time, but this one has been the best set out ever!

I've got a lot of cleaning and pricing to do, since I found a lot of smalls.  I also found quite a bit of furniture and larger items, a few of which had to go right to the booth, since I have run out of room in the house and back yard.

I'll whet your appetite a little bit by showing you that stuff, while I get the other stuff ready to go and photographed.  I'll be sharing it, plus a few recent purchases, next week.  In the meantime, enjoy this batch.

This painted table has to be one of the best finds of the set out.  I can think of only one that tops it.  We found it at a house that had a yard sale we had attended a couple of weeks ago. I had been watching that one, since the woman said she was moving and might be leaving a lot of stuff on the curb.  This table was the only thing she left, but I got it. 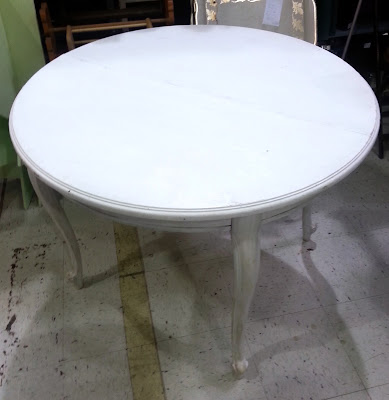 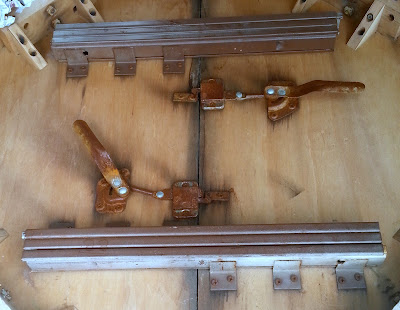 I love the heavy-duty hardware underneath holding the two parts together. 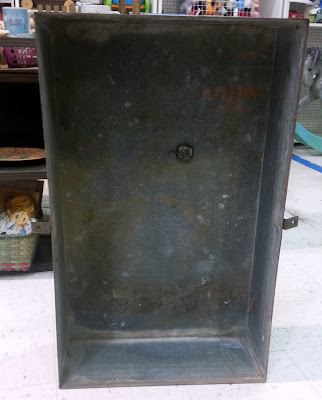 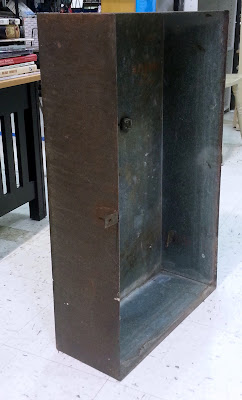 Rusty metal rectangular box.  Cue Donna sigh in 5, 4, 3, 2, 1....  It's a really good size too.  The scrappers missed it because it was sitting behind a huge pile of branches, so they didn't see it as they drove by.  It's usually hard to find cool metal stuff like this.

Large painted shutter doors.  Somewhere along the way, one of the slats on one of the fell out, and I cannot find it after much searching.  I'm going to try and sell it anyway.

Painted chair.  It's got a slight split in the back on one side, but I see this as more a plant stand than a seat.  It would look nice with a large fern. 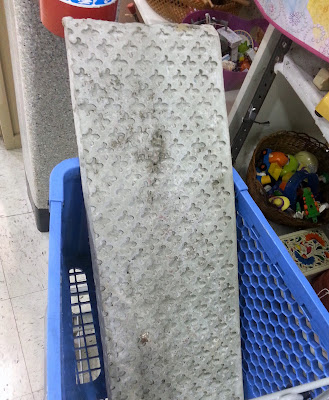 Decorative concrete slab with a pressed in Fleur-de-lis motif.  This would look cool in someone's garden.  The Fleur-de-lis is one of the symbols for Louisville.  It's a heavy piece.

And that's it for the Preview.  Tune on next week for the rest!  There's some way cool, interesting stuff to come.

My heart jumped at that table! Love it! Oh I heard Donna sigh all the way over here! The metal crate is right up her alley. I myself love the concrete slab with the fleur de lis. Now that is a cool find.

OK Eddie, pickers heaven. Can't wait to see what else you found.
Joy