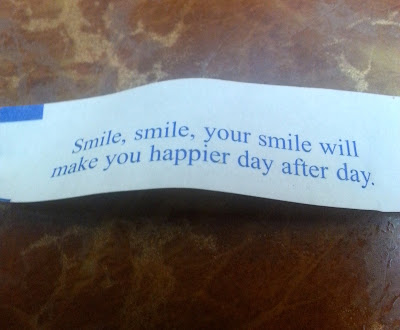 Behold the wisdom of the trash can in the alley! 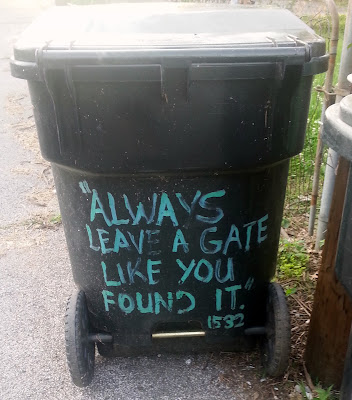 Saw that one while on a trash crawl constitutional during junk set out.

I have a feeling if everyone would take both bits of advice to heart, this world would be a better place. 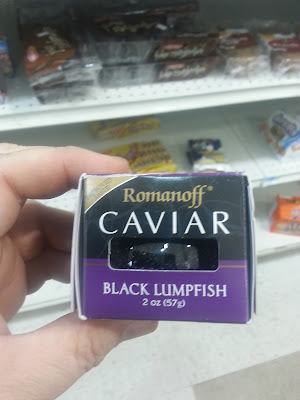 C'mon!  We got caviar in the salvage groceries!  Top that!

I found my birthday present the other day in a showcase across from my booth. 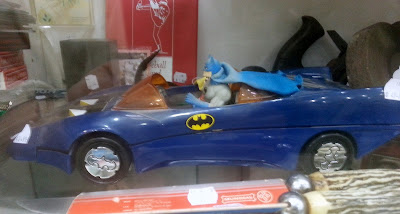 That's the way cool 70's Batmobile, by the way.  And it has both figures with it!  Now, I just need to find someone who loves me enough to drop 50 bucks (!) on it.  Well, we do have six months to save up.

Shara did a ramble last week, so I'm doing a phone dump this week. More to come in a second.

I have never been more glad to see a month end than this one.  Barring a HUGE rush today and tomorrow, I'm going to have my lowest total for 2016, and the lowest one in a while.  Sales have just been off.  And it's not just me.  Nearly everyone I know here is seriously crying the blues, no matter what mall they're in.  Sigh.

I know that May means Derby, Mother's Day, the start of warm weather, yard work, yard sales, graduations and proms.  I know that this is just a cyclical downturn and things will pick back up when it finally gets too warm for the wimpy somewhat less than hardcore yard sale shoppers.  But, dammit, I'm overly dramatic!  I wail because it's what I do.  And right now, I'm having a good one.  Wail, that is.  Not month.

If you listen close you can probably hear me.

How slow has it been?  Well, the last two times I've gone in to straighten up, there was nothing to do!  Typically, when things are the slowest, that's when booths get the messiest.  At least mine do.  Counter-intuitive, I know, but that's been the pattern borne out by seven years of experience.  This time around, they're almost spotless.  Even the comic booth, which is always a wreck.  Sigh.

I was loading the van yesterday, when I started hearing some murmurings from the stuff I was putting in.  It seems I had promised them their moment in the blog, but had never gotten around to getting pictures.    In the interest of peace and harmony, here are a few shots of some recent purchases. 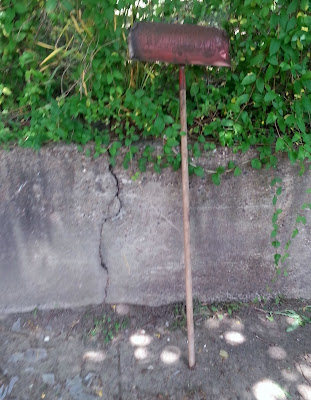 Heavy, rusted antique snow shovel.  I can see this baby in someone's porch decor this winter. 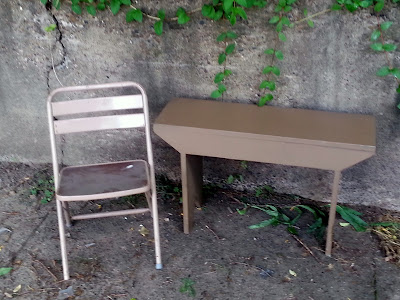 Painted bench and vintage metal kid-size folding chair.  I got three of the chairs.  If there had been more, I would have gotten more.  This came from a church sale I like a lot.  Every year, they bring out a few items from their defunct school.  Usually, it's school desks.  This year, it was these chairs. 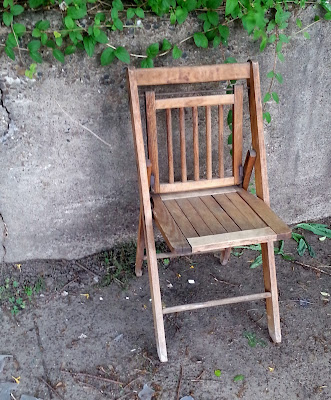 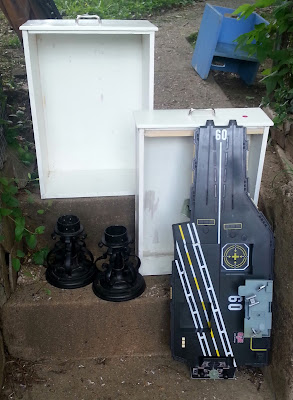 Two drawers from the same sale.  I've been kicking myself for not getting more, as they had a bunch.  I love those heavy metal candle holders.  The big GI Joe ship came from a fund-raiser sale that a friend of mine puts on every year.  I was looking through all the small toys on a table when she said "Don't forget the big toys too."  And there it sat.  My friends know me so well.  I also got a huge box full of those big cardboard bricks that they use in nursery schools.  I forgot to get a pic of it.

Speaking of forgotten pics, that photobombing blue thing in the back is a handmade child's stool from the junk set out.  This apparently is the only shot I took of it.  It flips over, so it can still be used as the child grows.  It was completely filthy, but totally solid.

Speaking of the curb finds, they'll be back tomorrow.  I'll be wrapping up the bigger stuff then and moving on the the smalls by the end of the week.  The smalls are where the real awesomeness lies.

I hope everyone has nice plans for the holiday.  I was intending to go to the Big Flea today in honor of my mother.  The sixth anniversary of her death was Saturday.  Memorial weekend has a slightly different meaning for me, I guess.

However, when I was dropping stuff off at the booth, a soon-to-be-departing vendor offered me her two booths full of stuff for fifty bucks.  She's been running a sale all month to clear things out, but still had a whole lot left.  There's easily fifty bucks worth of movies alone.

On Wednesday, I'll ask the mall to add her number to my account, so I don't have to re-tag everything.  Having a separate number for the buy helps me track the sales easily as well.  They can't do it until she gets removed from the system at the end of the month, or all of her sales for May will be added to mine.  (Well, she did say I could have everything.)

So instead of the flea market, I'll be heading to the Peddlers Mall today to sort out that stuff. If anyone does want anything, I can re-tag it.  Otherwise, I'll pull it off the floor and stash it until the first.  The largest items (and there is a little bit of furniture) will go right into my spaces with new tags.  She kept her stuff fairly organized, so it won't be a hard job, but it will take most of the day.

I think Mom would understand.  I'll hit the Big Flea again in July, in honor of her birthday.  She would be 74.

The only thing I was going to be hunting at the flea market was comics, since I am running short.  However, there's already a sale for Saturday on Craigslist that advertises "thousands" of comics for 50 cents each.  And there's a con coming up at the end of June.  I think I'll be all right.

Yes, I do realize that I paid for the privilege of cleaning out someone else's spaces.  It's good karma.  The last two vendors to leave ended up just giving me tons of stuff they didn't want to haul out.

I can't play on the scale of some of the larger vendors, but I do okay for myself.  The best stuff kind of falls into your lap, it seems.

You work that hard in the summer? I have an inventory lined up - cleaned and tagged - ready for the booths when they need restocking. There is a long yard sale event near me next weekend. I have attended all the years so I will go but have a strict list of items I want to find. LOVE that primitive bench! A vendor asked me to buy her out. I declined - too much work! We re spending our holiday cleaning the house. We finally have a living and dining room after months of storing all the farm sale items. The cats are terribly confused by all the empty spaces.

First of all I did hear you WAIL!! Poor Eddie. Love your maybe birthday gift! Hope you get it!! So much work on the booths but hey I'm cleaning, unpacking and finding places for a house full of stuff for my Mom. I'll need a good junking trip soon I can tell.
hugs,
Linda

I'm sorry that you miss your Mom so very much. I can read it in your words even when you don't actually say it. If it's worth anything at all - my Mom recently asked me to tell you that she loves you because you are sweet and funny and nice to me. Fifty bucks sounds like a good deal for a bunch of stuff. I know you will do well with it. This has been an incredibly stagnant month at my booth - not sure about the shared booth. Up until the 28th, I wasn't even going to get a check! The 28th! Argh. Pathetic. Luckily I had some sales this weekend, so I will get a wee little check. Onward and Upward! (I totally should have mentioned you in my Rambles. I just started writing and it got whinier and whinier! )