I try really hard not to totally write off a thrift.  For one thing, we have too few of them around here.  Savation Army closed all its thrifts a few years ago.  My favorite thrift closed last week.  We have no small, off-brand, ministry-run thrifts where things are always cheap and plentiful, like some people I know.

We've got some decent thrifts, some hit or miss thrifts, and some really crappy ones.  I try to give even the really crappy ones a visit once a year.  There's always hope that things have improved.  If not, there's still the chance that I might make one good find that there is to find.   I don't have that many places to choose from, so I have to give them chances.

There's a thrift not far from our house that's hit or miss.  It's hit or miss enough that I don't go there often.  They have good stuff, with really bad prices.  I can usually find one or two things there, if I try hard enough.  That's not enough to make them a regular stop, even though they're in the same mall asa restaurant we eat at all the time.  They are worth a stop from time to time, though.

Keith had to go to the mall to get something straightened out with his library card on Saturday, so I went to the thrift while he was doing that.  They had signs up advertising a 25% off sale, which gave me a little hope I might find something.

And I did.  A bag of  kids wooden blocks for three bucks, which would have been $2.25 after the discount.  I was going to pass it by, until I took a closer look at it.  Was that Mickey Mouse I saw?  Indeed it was!  And he had friends:


It's an interesting assortment of characters.  All three pigs?  Louie and Dewey, but no Huey?  And who is Frederika?  I saw a set on eBay that had Dopey in it, but another set that came with the original canister had 15 blocks (which was also noted on the canister), so I know I have a full set.  Maybe they made sets with different characters?

They have letters on the other side.  I like the solid colors with white letters.

I thought I might have more than the 15 at first, but I realized that there was a standard set of blocks in the bag as well. 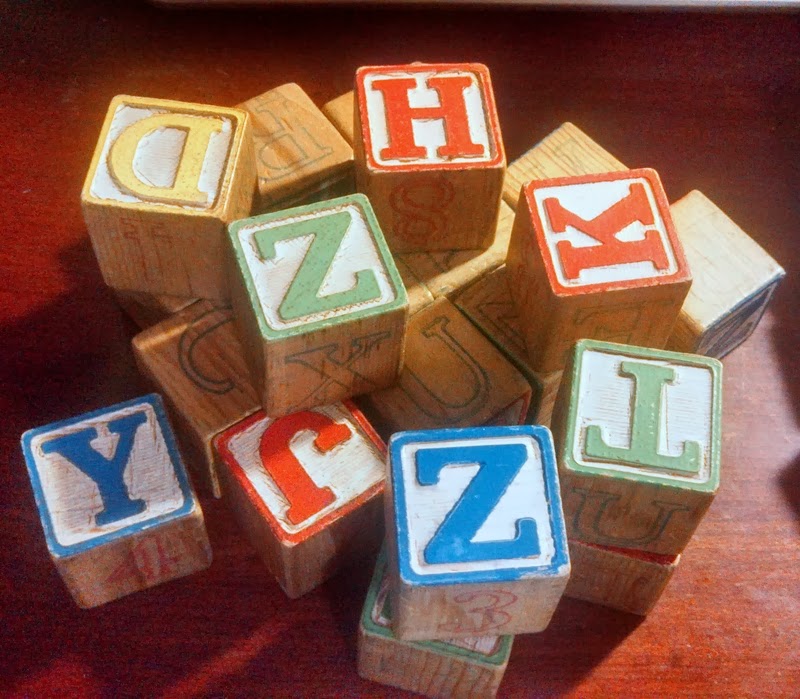 I've got a couple of empty jars that I'm going to put each set in to sell.  I sell a lot of Disney stuff, so I know I can move these and make some money.  It's not the largest or best find, but I thought they were cool, so I wanted to share them.

This particular thrift marks vintage toys and most Disney stuff really high, so someone must have not been paying attention when they bagged these up.  Better for me.

I guess this one stays on the "visit from time to time" list!

I recently bought a bag of blocks too and there was one of those Disney blocks mixed in the batch...Thumper.

Totally off topic. LISTEN TO THIS.

I have a few of those blocks that I have found in the FREE bin at the above mentioned small, off-brand, ministry-run thrifts where things are always cheap and plentiful. :D

Also, your library is in the Mall?

I feel your pain...few thrifts, and bad prices. You definitely did OK this day. And to you and Shara, our library has a satellite branch in the mall, too. It's convenient!

I've never seen those before, they're really wonderful. They have to be pretty old, I'd think. Congrats on a great find, and thanks for sharing. -Dawn @ We Call It Junkin.com

The Disney blocks are a great find! I think that thrift would have to remain on my hit or miss list also. Thanks for sharing these at TTF!

What a find vintage find! lots of fun decorating with these retro blocks. thanks for sharing at TTF last week. I am featuring this post today at TTG FB page.

I think you may want the link to TTG FB page...LOL https://www.facebook.com/thethriftygroove