This little fellow is a bit nonplussed right now.


We're in the middle of our annual house invasion by the ants, but we finally seem to be winning the battle, thanks to generous applications of what I call "Demetrious Earth."  However, before the tide turned, they made it into the bin where we keep the cat food for the first time ever.

Thankfully, it was almost empty, so we didn't have to toss much.  The problem is that we haven't had time to replenish the regular cat food.  I grabbed a bag of another kind at the grocery so we could make it through the weekend.  He's eating it, but is also taking great pains to tell me that it's not his "real" food.  Poor guy.

It doesn't help that I've been keeping it in the fridge, just to make sure that any surviving ants don't get into it.  We don't have any air tight containers large enough for all of it.  He's definitely nonplussed by it all.

We'll pick up some more of the regular food when Keith gets me at the mall tonight.

I saw these lovely flowers when I was on a walk last week. 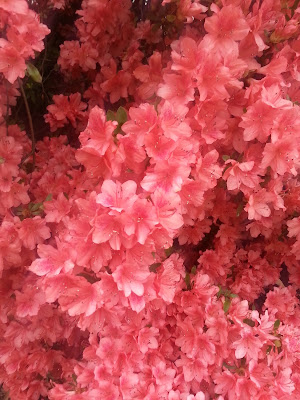 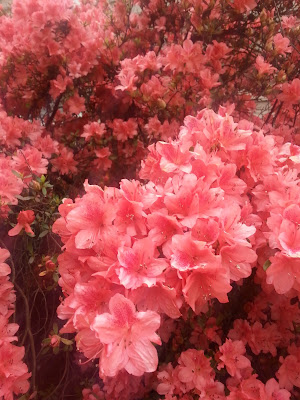 The fortune cookie recently gave me some sage advice. 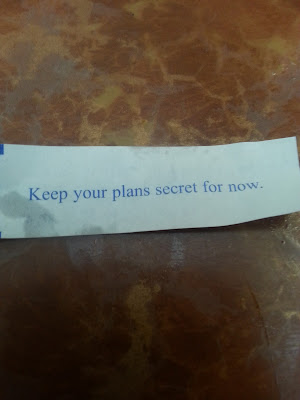 I never got to talk about Derby week sales, thanks to our internet outage.  I ran a 20% off sale at the booths, which kept my sales totals up to regular levels, and even surpassed that on a coupe of days, but killed me to do so.  I can handle doing a one day sale, but a week or more is just too much for me.  I hate to see that much money not being made.  Things have been dismally slow ever since.  We're in the doldrums here and will be until people decide that it's too hot to be doing things outside and that the flea market is a much better deal. It helps that they have finally got all the air units in the building working.

The internet outage led to an impromptu oddball film festival for several days, as I was desperate for something to watch.  Since it was also during my treatment time, I had some rest and down time with not a lot going on.  I got so deep into my stash of strange DVD's that I had to hit a couple of dealers in the mall looking for some more.  The secondhand store down the street helped too. 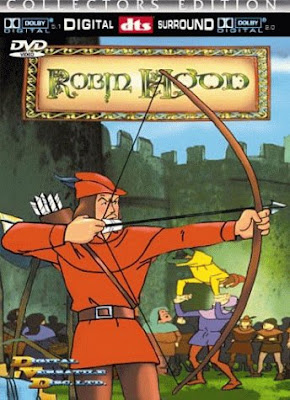 Remember back when DVD's were just getting widespread exposure and all kinds of stuff would show up in bins for a dollar or two at stores like Target and Walgreens?  This was one of those DVD's.  Because they were so cheap and plentiful, they can still be found at yard sales and thrifts all over the place.  If the topic interests me (and the price is right), I'll usually pick them up.  Often, they're quite good.

This is one of the good ones.  Produced in Australia in the 80's, the character designs have a retro Hanna-Barbera vibe to them that hearkens back to their early 60's heyday.  The animation is far better than HB ever was, making for an enjoyable watching experience.

The company that distributed this one also released a ton of others.  I've seen a couple.  The Odyssey was quite good.  Hercules, not so much.  While I was searching for the cover image to use, I discovered that this exists.  I must find it! 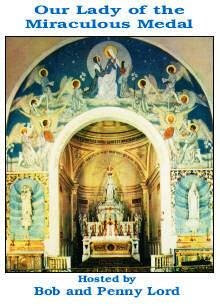 Bob and Penny Lord were EWTN mainstays for years and years.  They produced 30 minute videos about various saints, miracles, and Catholic shrines.  I've seen many of their productions and love them to pieces.  From time to time, I can find one of their DVD's at a thrift and I always snatch it up.

Their productions have a lack of polish that is endearing.  They're not totally amateurish, but it's pretty obvious they're not a professional production crew by any means.  It's also pretty obvious that Penny loves to be in front of the camera, perhaps a bit too much.  During some of their films, they'll be interviewing a priest or a nun, and Penny will do all the talking to the point where the interviewee never gets to say anything!  It's kind of a hoot to watch.

Still, you can tell that this is a couple that sincerely believes everything that they cover.  They genuinely love their faith and want to share it.  In the end, whether or not you share their belief, you cannot help but love their shows a little bit, just because of who they are.  Sadly, they have both passed on, but the media ministry they started continues.

I also read a few more graphic novels than usual.  This one was the best of the lot. 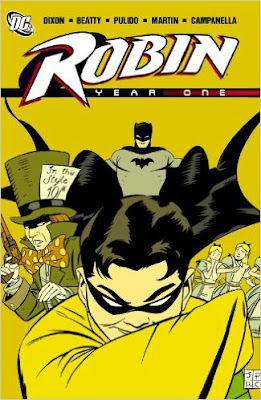 Set in the early days of the Batman/Robin partnership, this collection shows how that partnership impacted each of the heroes and how a shocking incident of violence changes it forever, planting the seeds that will eventually lead to its demise.  The art is sharp and stylish.  The writing is insightful and clever--playful at times, disturbing at others.  It's an engaging read that manages to remember for a far too brief moment that Batman comics used to be fun.  Even though that more light-hearted atmosphere is totally destroyed by the end of the story, the way everything unfolds left me feeling both nostalgic and a little disturbed.  Unfortunately, it seems that Batman must always be marred by violence these days.

All product images were taken from Amazon and are copyright by their respective holders.

Today will be my only booth day this week.  I have a lot to do around the house to get ready for this weekend's junk set out in our area.  (I know you all are sick of hearing about this, but it's a big deal for me.)  By Wednesday, there should already be a dozen or so good stashes of stuff popping up on the curbs.  I've already discovered that the folks that have alleys behind their houses have begun building their piles.  I got me some hunting to do!

Not to mention some crap to haul out here.  My aim is to get a good clean out at the house in prep for my yard sale in early June and as part of the work on razing Sorrow Mountain.  To get that stuff done, I'm going to have to put the booth on autopilot for a little while.  (Unless, of course everything sells in one day.  I'll come in and restock then.  That would also take care of a big hunk of my backlog.)

I'll check back in this week with pics of recent finds.  In the meantime, here's some Music for Monday.

If that doesn't put you in a mood to have a good week, I don't know what will.

Gotta start making room for finds from all the yard sale routes coming up! I am going to try to go to as many as I can this summer!

If ants get into your dry cat food container, put the whole thing out in the sun. (I leave the lid on.) When it gets too hot for them inside the container they will all leave.

With ants, there is always a next time.

Wow, that song is so inspiring. I have to listen to it again. I may be getting junked out and have to take a break. When my aunts got into the cat food, we knew they had been in Uncle Joe's medicine!

Aw, sweet kitty pic. I hate ants but have been lucky here(so far). They seem to stay outside. Take care.
hugs,
Linda