You simply have to love it when you get a little more than you were expecting for your money, especially when it's at the super-low thrift store price.

I saw this recently at my favorite downtown thrift. 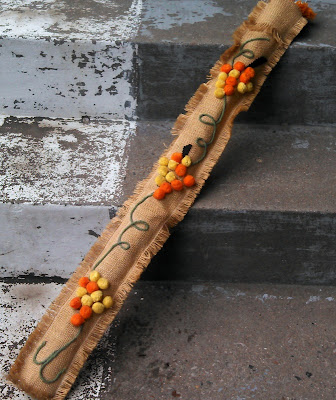 Now, it's not normally something I'd be interested in at all.  It's not really my style of stuff, assuming that there is such a thing.  It's just a cute little crafted-up pouch someone made to stash a yardstick in.  I've never really been aware that there was much of a demand for such items.

Then, I heard an interior little voice saying: "Touch it!"

It was at this point, I noticed that this was not an empty hanging yardstick holder.


It held not one.

Next step was to check the price.  The hanger is a buck.  But are the yardsticks priced?  They didn't seem to be, so I grabbed the thing and headed to the check out!

I know an old lady picker who buys yardsticks for the advertising. She says she's got hundreds.

Awesome! I love old yardsticks and buy them whenever I can find them (which sadly, is not often).
You should listen to that interior voice more often! :D