After a kind of moderate last week, the heat is back with a vengeance this week.  Ewww!  COME ON FALL!  Eddie's sweating and waiting!  (TMI?)

It's so hot right now that we went to a large outdoor sale on Saturday with dozens of vendors and I just flat gave up in the middle of it all and quit.  I ain't built for this any more.  I did make one super-fabulous find, though.  Check back tomorrow to see it.

Not only is it awesome, but it's a total keeper.

I put off starting my big booth redo for a couple of days to finish up some things here at the house.  Part of that work is outdoors, and I am dreading it.

Speaking of the booth, I think the summer sales slump is wrapping up.  I've had really good sales all last week, except for one day.  Lots of potatoes and bigger and bigger ladles of gravy.  Yum!  I'm going to come out of this month well ahead of where I've been the last three.  It's still not where I like it to be, but any improvement over recent history is welcome.

LOOK WHAT I FOUND THE OTHER DAY! 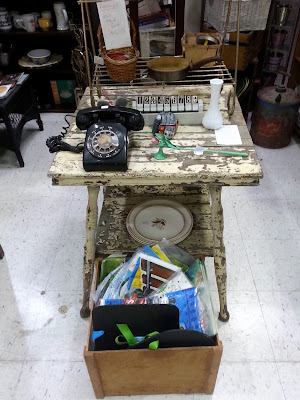 Just the table, not the junk on it.  It was sitting on the curb at the bottom of the hill the other day as I was rushing to catch the bus.  I figured it would be gone by the time I got home, but it was still there.  It was kind of hidden by some tree branches.  I wouldn't have seen it originally if I hadn't been walking down that side of the street, which is not something I usually do.

I got one of those looks from Keith when he saw it, so I told him that it was "perfectly primitive."  That's also what I put on the tag.

I'll see you your painted turtle and ladybug rocks.... 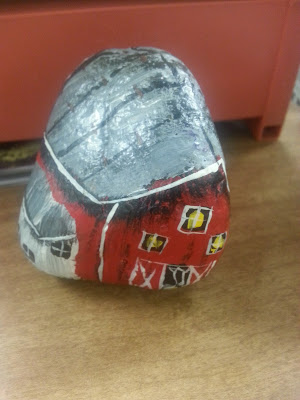 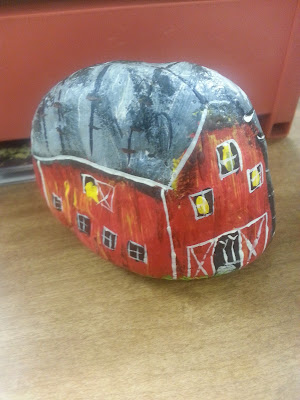 And raise you one painted barn rock!

Okay, so you really did paint yours, and I just found this one, but I thought it was cool and it did make me think of you.

Check out Pam's blog, if you haven't already.

THE THINGS YOU LEARN WHILE DINING OUT 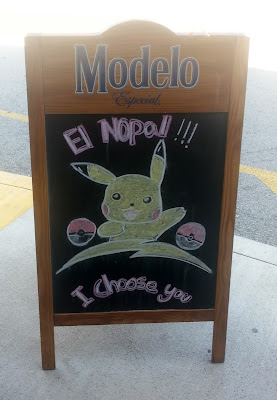 My last latte appointed me a professor.  Of what, I have no clue. 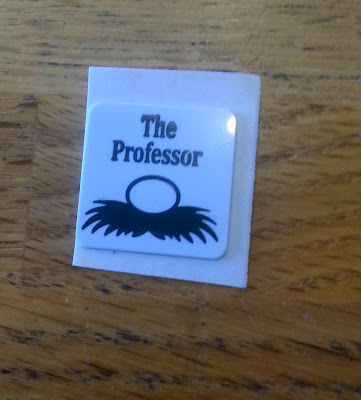 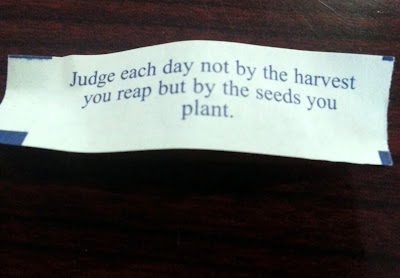 DVD OF THE WEEK 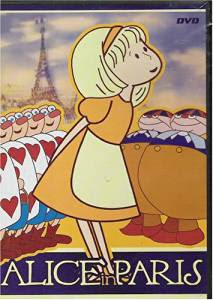 This is an absolutely charming short animated film from 1966, directed by the wonderfully talented Gene Deitch.  The full title is Alice of Wonderland in Paris.  Alice meets a mouse named Francois, who takes her to Paris so she can fulfill her dream of meeting Madeline, of the children's book series.  Along the way they swap stories, which become the various segments of the movie.  Art for each story is provided by creators such as Ludwig Bemelmens (creator of Madeline), Crockett Johnson (creator of Harold and the Purple Crayon), and New Yorker cartoonist James Thurber.  There's not much else in the way of plot, but the whole thing is just too sweet and totally endearing.  (I'm also a great fan of both Thurber and Johnson, which adds to the film's appeal for me.)  Highly recommended, if you can find it.

By the way, Crockett Johnson is going to pop up here again in a few weeks.

Not a whole lot happening this week, it seems.  Let's make up for that with some music for Monday.

Ugh, booth sales at one place are HORRIBLE (the place where I also make 4 digit sales). Booth sales at the other are doing great. It's very unusual. Usually this month is incredibly slow. Hope September picks up. As soon as it cools down, I'll be out of my no junkin, except yard sale routes, funk.

You should come to Oregon - it's cooled back down here, highs in the 70s!

As an old children's librarian and long-time love of the Alice books I can't believe I've never heard of that film! But thanks to eBay I'll have a copy next week, and for only five bucks. There were several other copies for sale as well.

This heat has been so hard on me this year. I'm waiting for it to cool down for sure. Oh that table is fabulous! I would have curb shopped it also. As a collector of Madeline books I can't believe I didn't know about this Alice in Paris either. Like Sharon I've just ordered a copy from Ebay!! Can't wait to share it with Tiger and Scout. And your barn rock is really cute! I can't paint but would buy that is I saw it. Happy week Eddie!
hugs,
Linda

AAAAAIIIIEEEEEAAAA!!!!!!!!! That table is a beauty!!!! Perfectly prim!!!! So happy you could save her. My booth sales continue to be very good for the month of August. Boy, you have to be on your literary toes to get all the references in the paragraph about Alice.

Enjoy your big Flea and hope your heat will let up some for that! I'm an indoor prisoner in this heat, hate it...c'mon fall! Thanks so much for the shout-out Eddie! I love your painted rock barn. Now that is talent, the one's I did were easy.

Love your shabby table. I miss the treasures out on the street. When we lived in FL we all drove around the night before the pick up seeing what treasures were put out on the curb. Some folks almost coming to fisticuffs, lol.

Fun post, going back to listen to the music. Shucks, thanks again for the rocks shout out! :)