I have this unerring knack that whenever I leave the house to walk down to the bus stop, I'm going to be a block away right as the bus is pulling away.  It's a gift I've honed for the past two weeks.  I'm not sure how I got to be this blessed with talent, but I'd love to pass it on to someone else.  This week, I can catch the bus that runs in front of my house in the morning.  Hopefully, I'll have better luck with that one.

Had a meeting last Friday to talk about my new assignment.  I only have two weeks left of my current run, and the new one starts a couple of weeks after that.  I'm hoping to use a little down time to get caught up on things around the house.

I have to admit, I'm a little intimidated by this new gig.  I'm definitely outside my usual comfort zone.  But I'm excited at the same time.

I'm closing in on 2005!  With less than 30 posts, I'll be past that total!  Actually, I've got something like 49 drafts stored in Blogger.  If I could just stop starting new posts and finish some of those that are half done, I'd be waaaaaay past that.  Some of those drafts are so old, I don't have any idea what I was thinking at the time I started them.  Maybe I can get some cyber-cleaning in with the house cleaning.  Actually, I used one of the old ones on Saturday, so I'm already making headway.

Went to one of my favorite church sales Saturday.  In fact, this one may just be my all time fave, although there is another one that comes pretty close.  They always have massively massive amounts of stuff with great prices, and they always do half off at the last hour.  There's always a ton of stuff left, so we don't even show up until then.  We filled up the car, let me tell you.

We also dropped in on a couple of Goodwills and Half Price Books.  We've got HPB coupons that start today, so we were kind of getting the lay of the land and spotting out stuff for the coupon use.  I also hit their clearance racks, since I'm really low on comics.  I was hoping they might have a flat or box for sale, but they didn't.  I've gotten lucky with that in the past.

I did get a few good items for a buck or less, which is always nice.  And I found what I'm going to use my coupon on (and it's just for me): 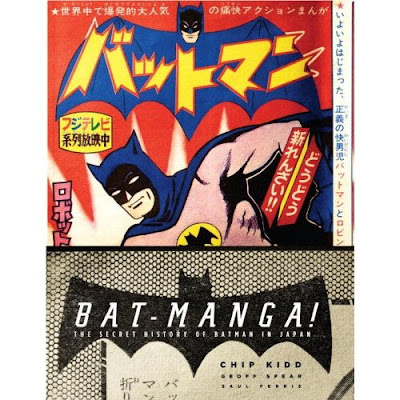 Image nicked from the good folks at Amazon.  Which reminds me, I still have a gift card from them I need to use.  Maybe it's time to treat myself?

Been a slow week at the booths.  Had sales every day at one and almost every day at the other, but nothing record-breaking.  We were supposed to have a special sale day at the Peddlers Mall on Saturday, but they postponed it because of the NCAA tournament games.  Basketball is not a sport in these parts; it's a religious denomination.  Shopping during the game would be akin to blasphemy--especially with so many local faves playing.

Sunday morning, Keith looked at me and said "Oh my God, you'll be 48 this year!"  (Tell me something I don't know.)  He continued "You're almost 50!" (Is there a point to this??)  Then he says: "You're looking pretty good for an old man!"  (Sometimes I don't know whether to throw a pillow at him or kiss him.  Honestly.)

And, on that thought, I'll scoot!

Kiss the pillow and throw it at Keith.

You are only as old as you feel, so no worries there. Ride that bike on over to Arkansas and we can go thrifting!