During the closing of my beloved Dixie Peddlers Mall, I had the opportunity to obtain an awful lot of free stuff from vendors that didn't want to move it.  In my booth right now, there is a loveseat and a drop leaf table that were given to me by different vendors.  One of my favorite gifts is this: 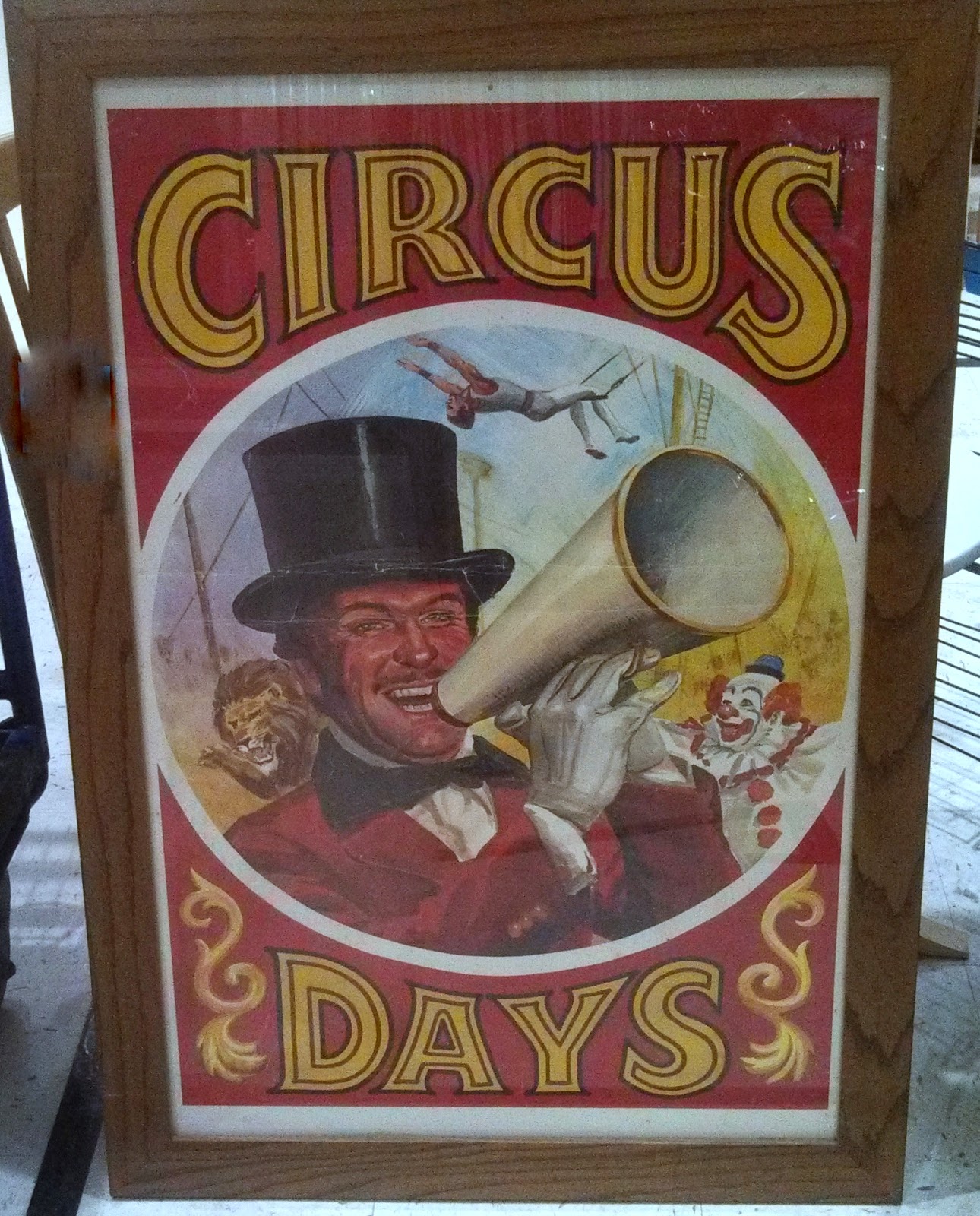 The poster itself is vintage and the image is actually on both sides.  The frame is solid wood, with a wood back panel.  It's heavy.

One of the vendors by me was cleaning out his backroom as it got near the end and wheeled this out in a cart with some other items.  It was one of his last loads.  It caught my eye right away, but I was extremely busy getting stuff boxed up and hauled out.

We talked for a bit and he went on.  He was a pretty good neighbor to me over the years.  Whenever he'd clean his booth out, he'd toss a few cast-offs my way.  Always good stuff.  I used to swap him books and such.

I had been making a pile of boxes out back, waiting for Keith to arrive with the truck we were renting.  He was loading his pick up right beside my pile.  I went back up for another load of boxes, and he came up a few minutes later.  He told me he had left some "presents" for me beside my boxes.  I figured it was going to be some small stuff, but when I went back down later, there was the poster.  He had decided he didn't want to take it with him.

Good neighbors are hard to come by.

What a GREAT souvenir of the mall!! Is it a sentimental 'keeper' or is it in the 'release' pile??

As long as it doesn't have a clown on it, it's fine, right? Could be either one of those gents!

Wow! Great poster and so generous. Yes, I think it looks like Goulet.