I apologize for this pic.  I had a "moment" while I was taking pics of stuff at the booth on Saturday and ended up shooting video of several items, rather than still photos.  I had already placed this one when I realized my mistake and didn't want to move it out again.  (Lazy junker.)

I think you can see all the features I'm going to point out. 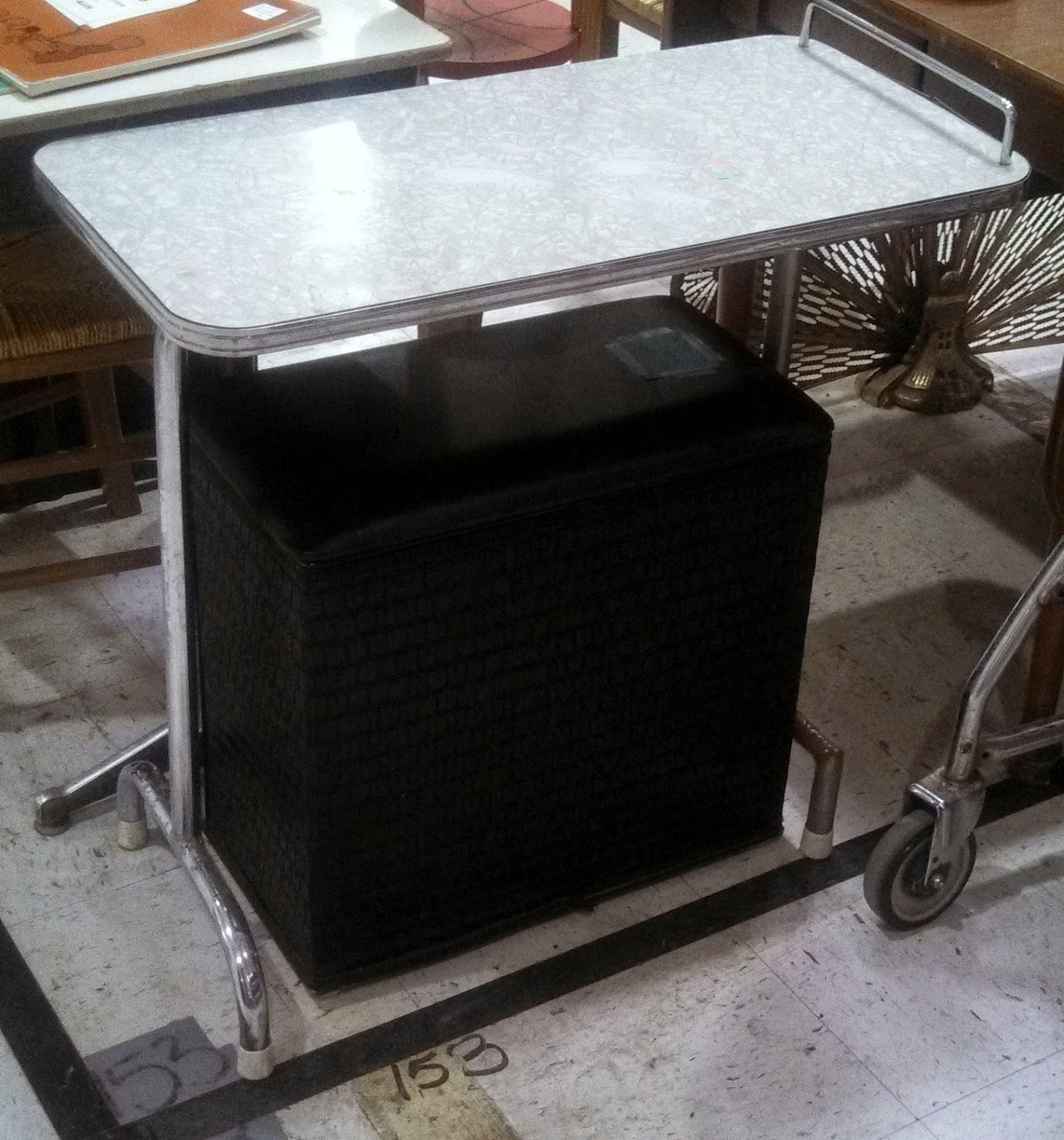 My question is, what is this table used for?  It's got a gray cracked ice laminate top. (Which is one of those features that I always go right for!)  The feet on the bottom are different--one is curved, while the other is right-angled.  Finally, there's that odd handle thing on the end.  Only one end.  There's no spot on the other end where one would have been if it had fallen off.

I'm thinking that the end thing might mean it's for some kind of sewing or mending, but annot work it out in my head.

Anyone know?  Let me know in comments.

I only paid a dollar for it and it's already sold.  I got a good profit out of it, but, if I ever find another one, I want to be able to put something on the tag besides "Odd Little Table."

Email ThisBlogThis!Share to TwitterShare to FacebookShare to Pinterest
Labels: Eddie done gone and lost his mind, fun finds, shopping, whatsit, why are the feet different

Is the black thing underneath part of it? It looks maybe like a sewing room table for a professional surger if it is heavy duty.

No idea but you are probably right about something to do with sewing. I at first was thinking a hospital bed table, but with all those legs that was wrong. Anyway, for $1 and it's already sold...score. I'll be back to see if anyone knows what it was meant to be?
hugs,
Linda

I think it might be a vintage manicure table and the metal holder at the end was used to hold a towel!