The rest of the story

(About the weekend finds, that is.  For the big stuff, see yesterday's post.)

One of my stops on Saturday was back to the comic shop.  Again?  Well, they were having a 25 and 50 cent move sale, so, yes, again!  I got a bunch of movie stills for a quarter each.  Very few were labeled, and the ones that were came from films I was unfamiliar with, so I basically just picked a bunch that looked interesting to me.  I've always been a big fan of period pieces and costume dramas. 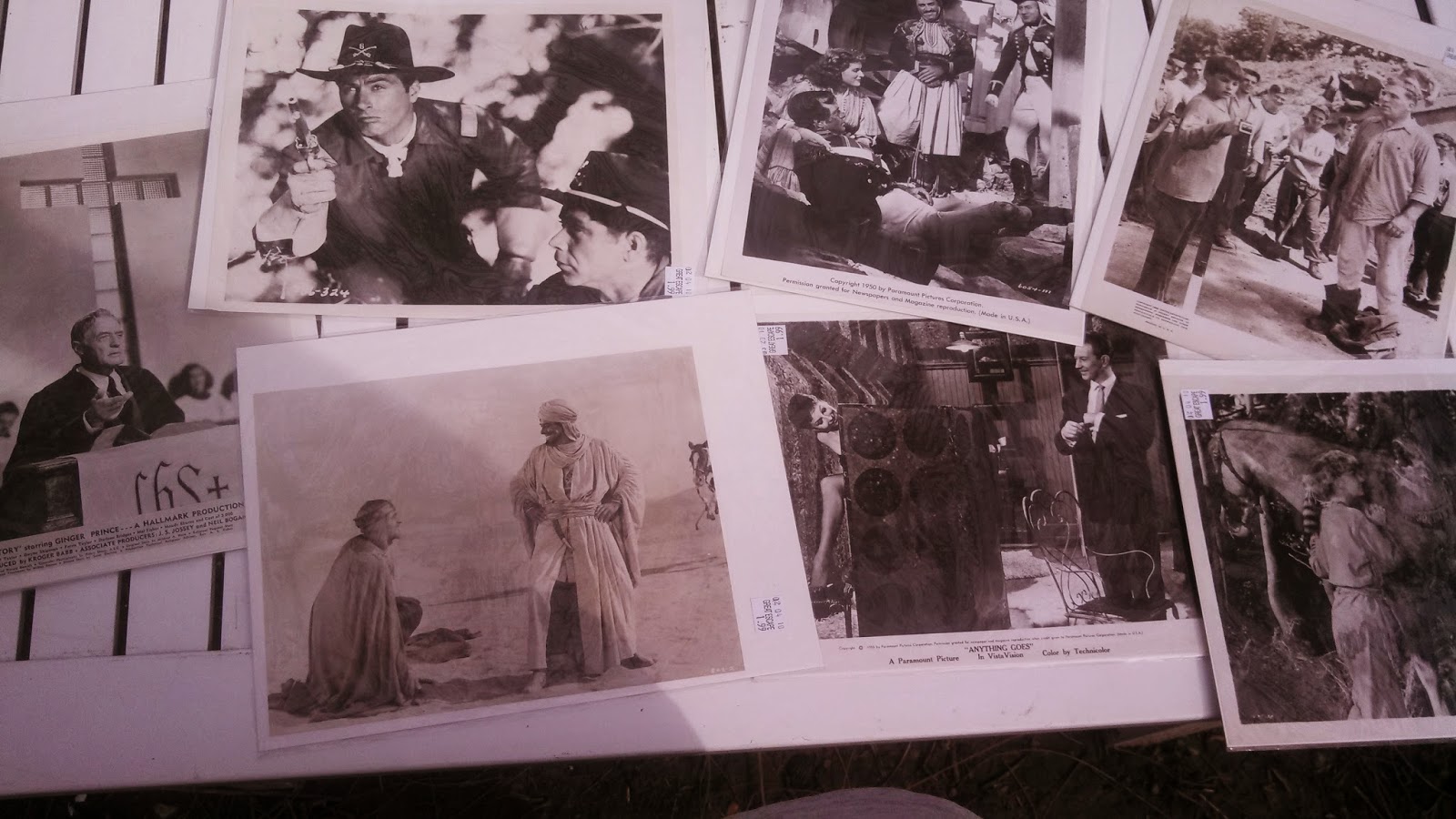 I did find a little bit of Trekkie goodness, too.  I'm not sure anyone at the shop was aware that they were selling a Leonard Nimoy pic for a quarter.  Oh well. 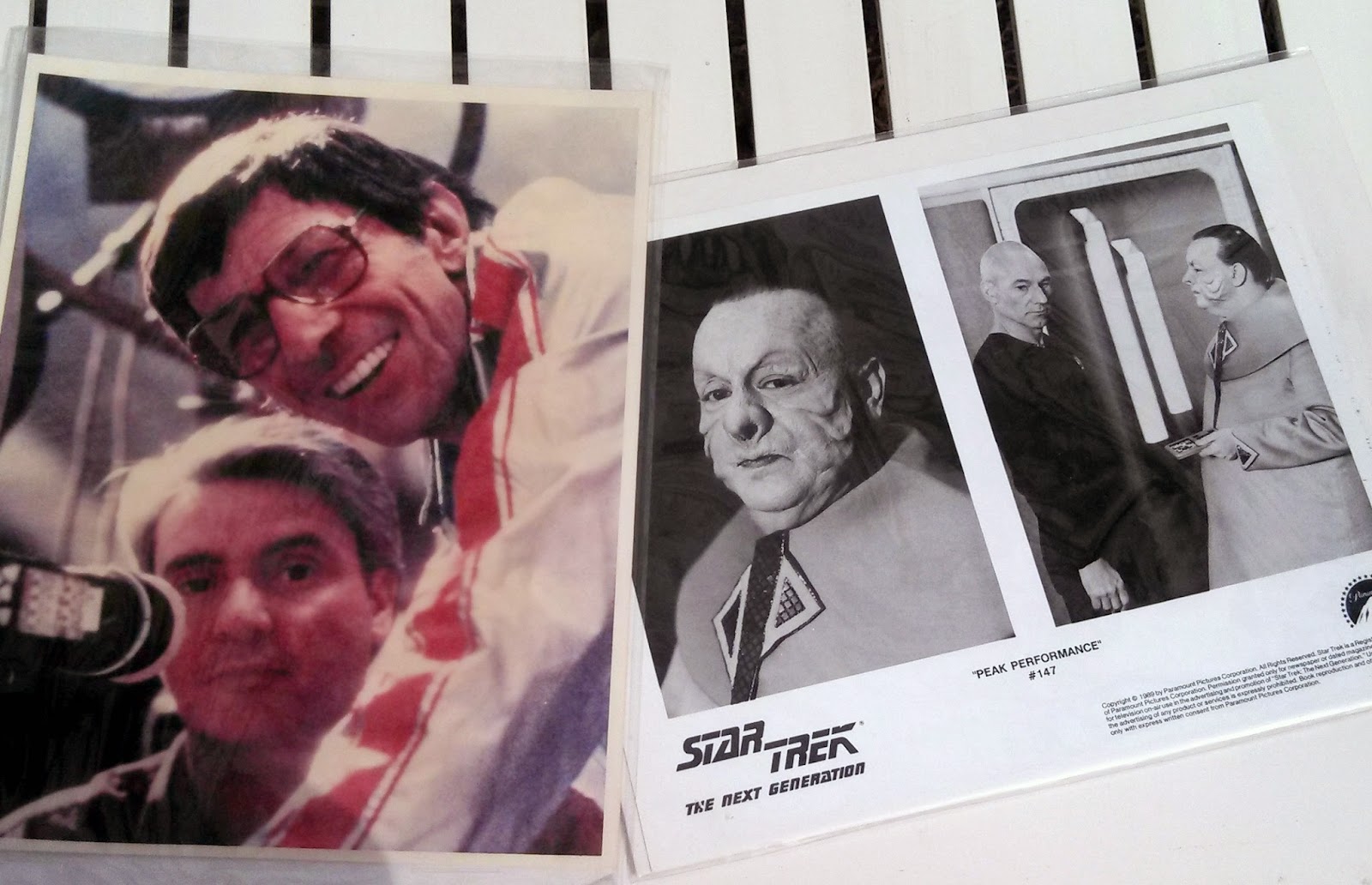 Of course, I got some movies. 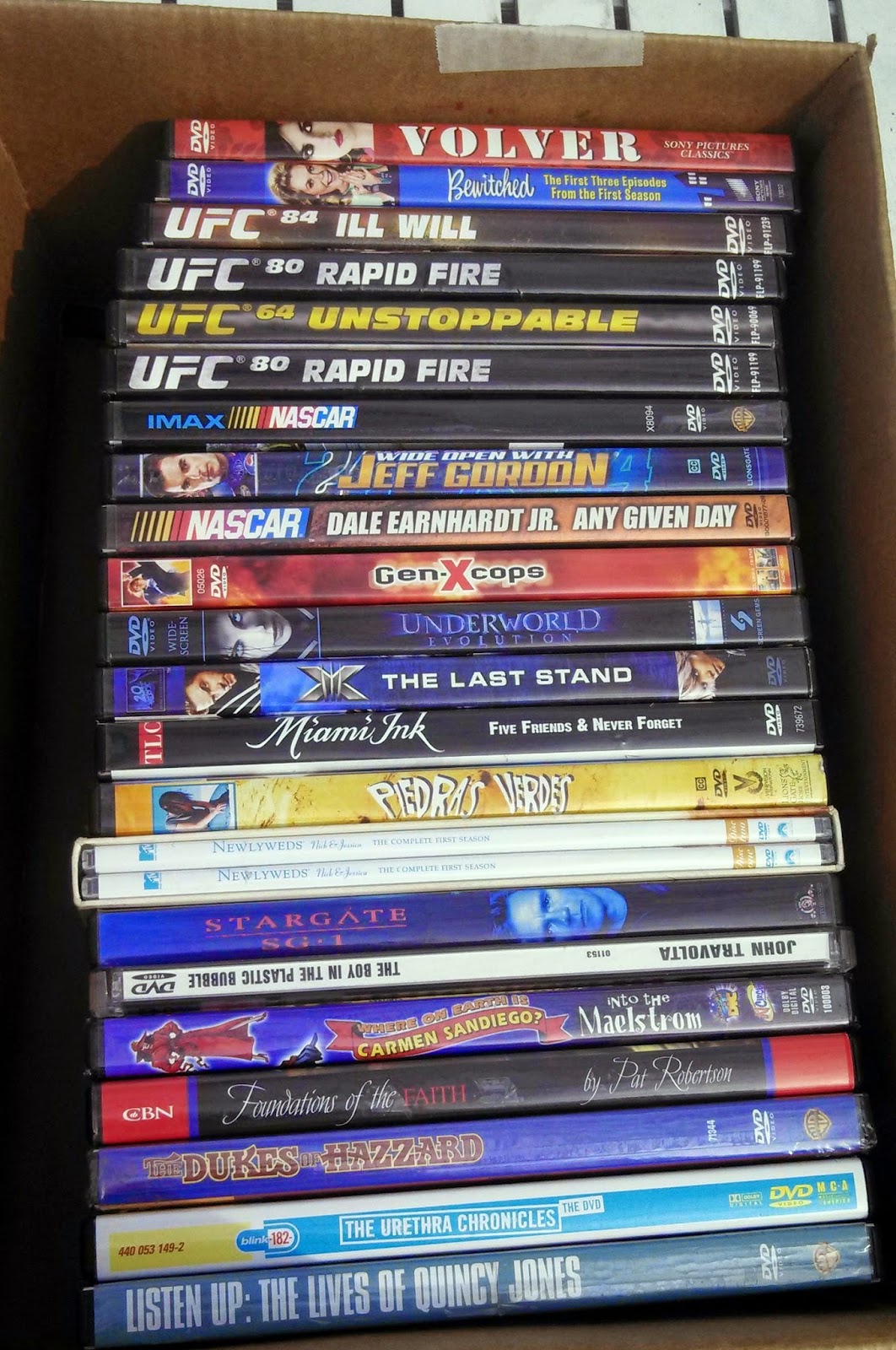 Two of my personal favorites.  I love it when I can sell stuff that I really, really like at the booth. 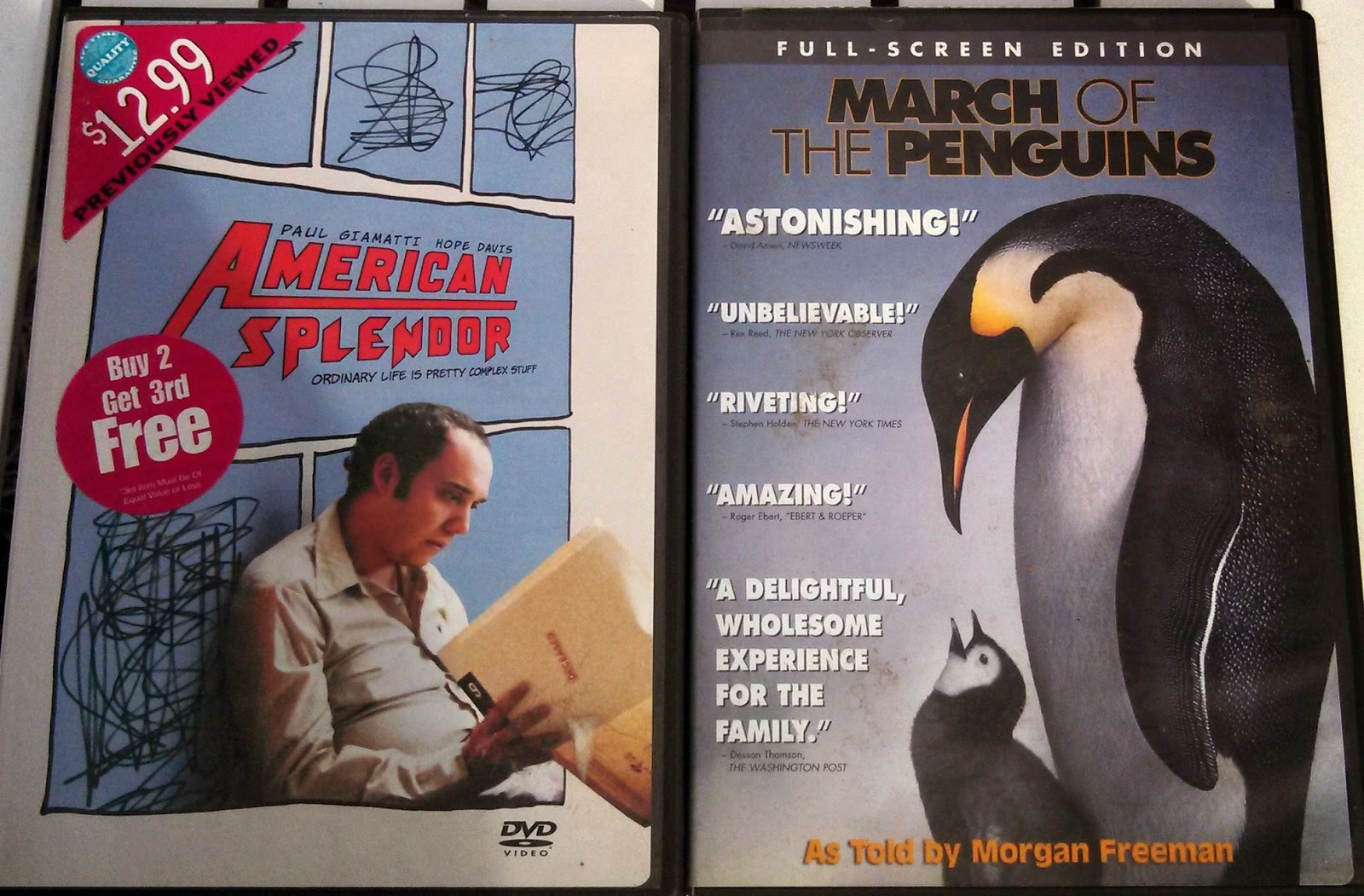 A few for me.  I adore Almodovar!

And a few that would not necessarily otherwise be on my radar, but that I know will sell.  Nothing cynical or sarcastic about that statement.  More like practical and pragmatic.  If I have a booth that is only full of things someone like me would like to buy, then I am greatly limiting the amount of success I can have.

A few of the movies had never had the shrink wrap removed.


Does anyone else remember this classic? 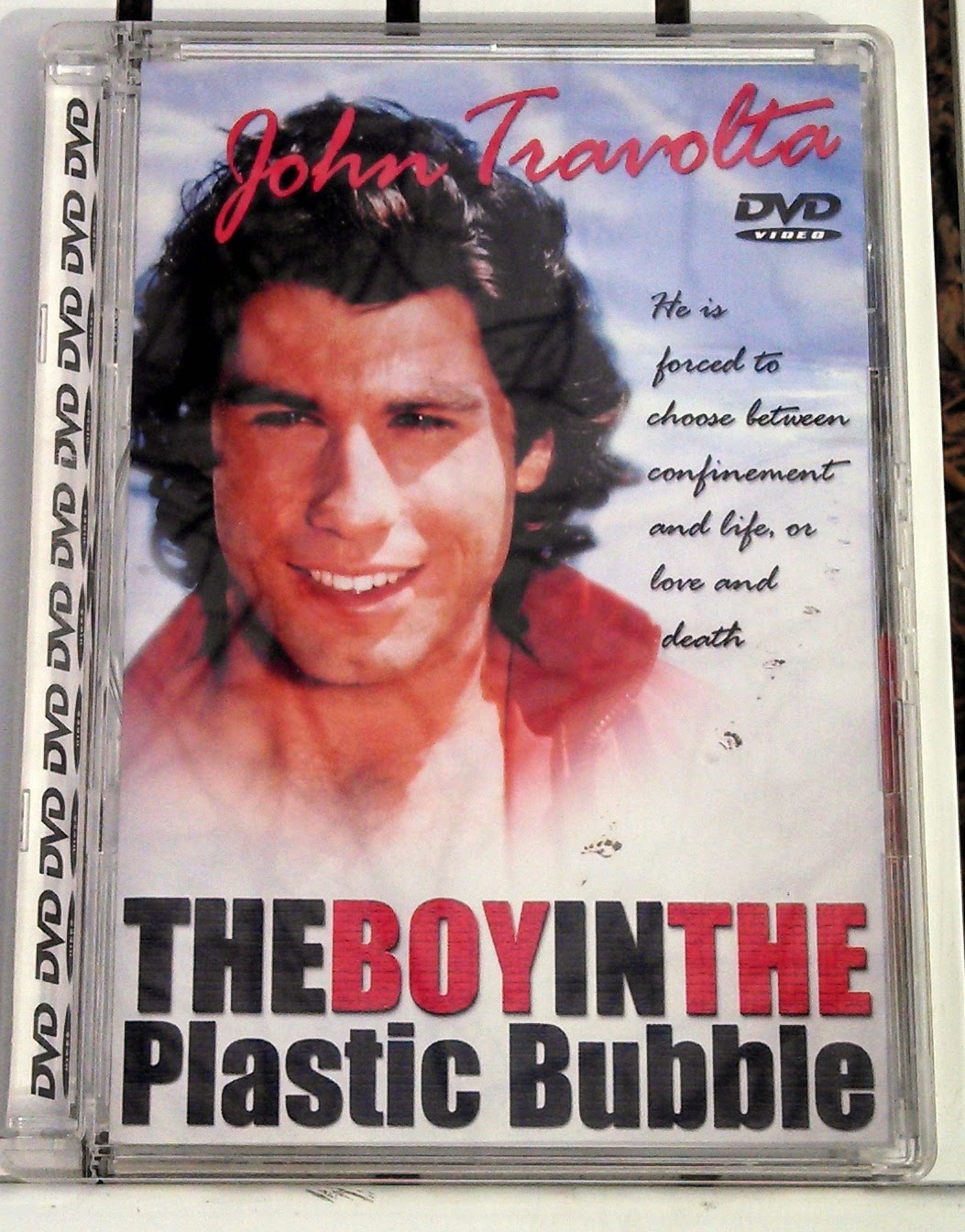 I also bought a few Deep Space Nine VHS tapes that were still in the shrink wrap.  In a flea market, you can always bet that there will be people shopping there who are still using older media technology.  I would never fill a whole booth with VHS, cassettes, 8-tracks or LP's, but I will certainly selectively source a few here and there. 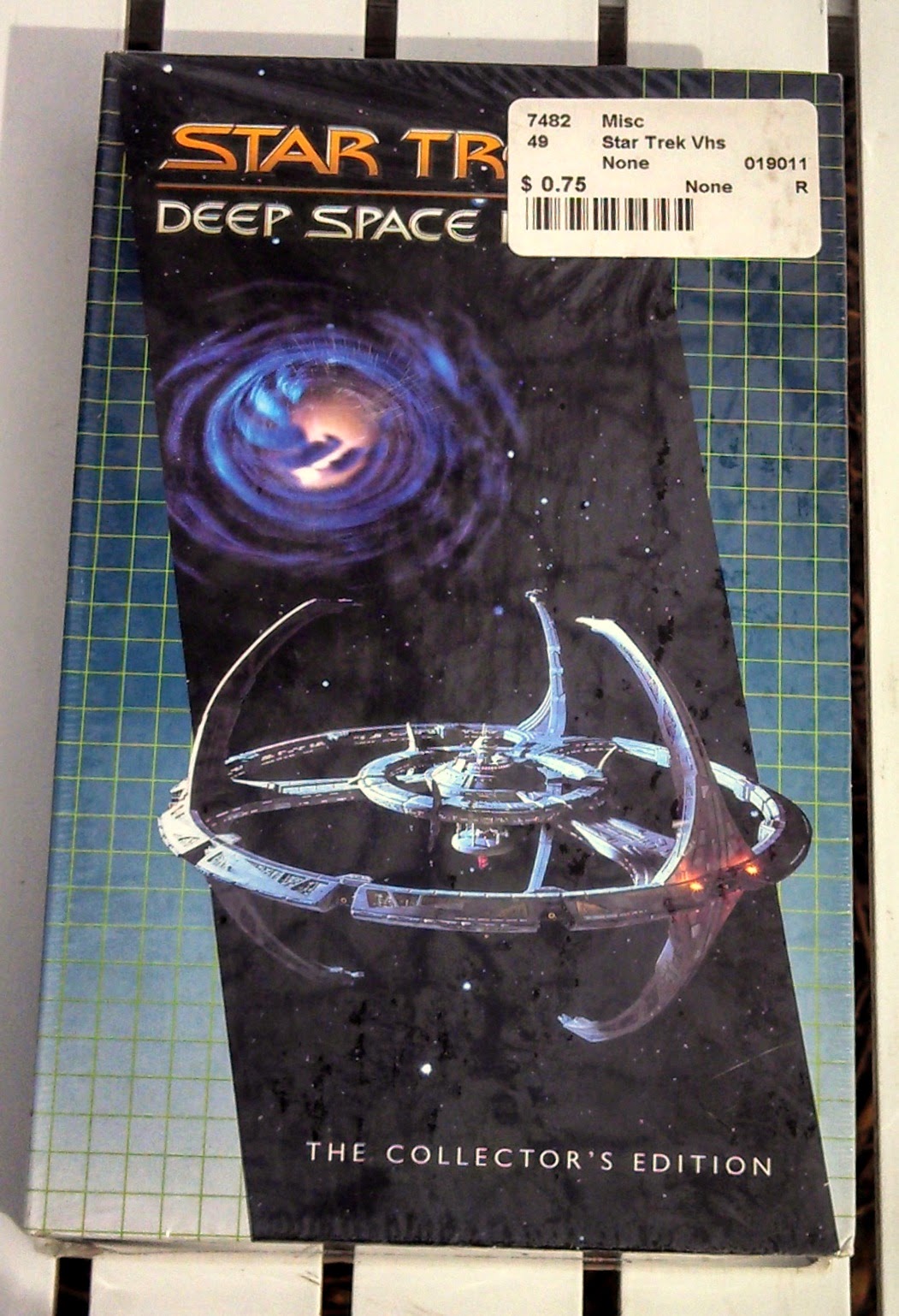 More antique mall purchases.  The comics are for me.  I'm completely nuts about vintage romance comics.  The plaque in the middle came from the 75% off booth.  More on the rest in a minute. 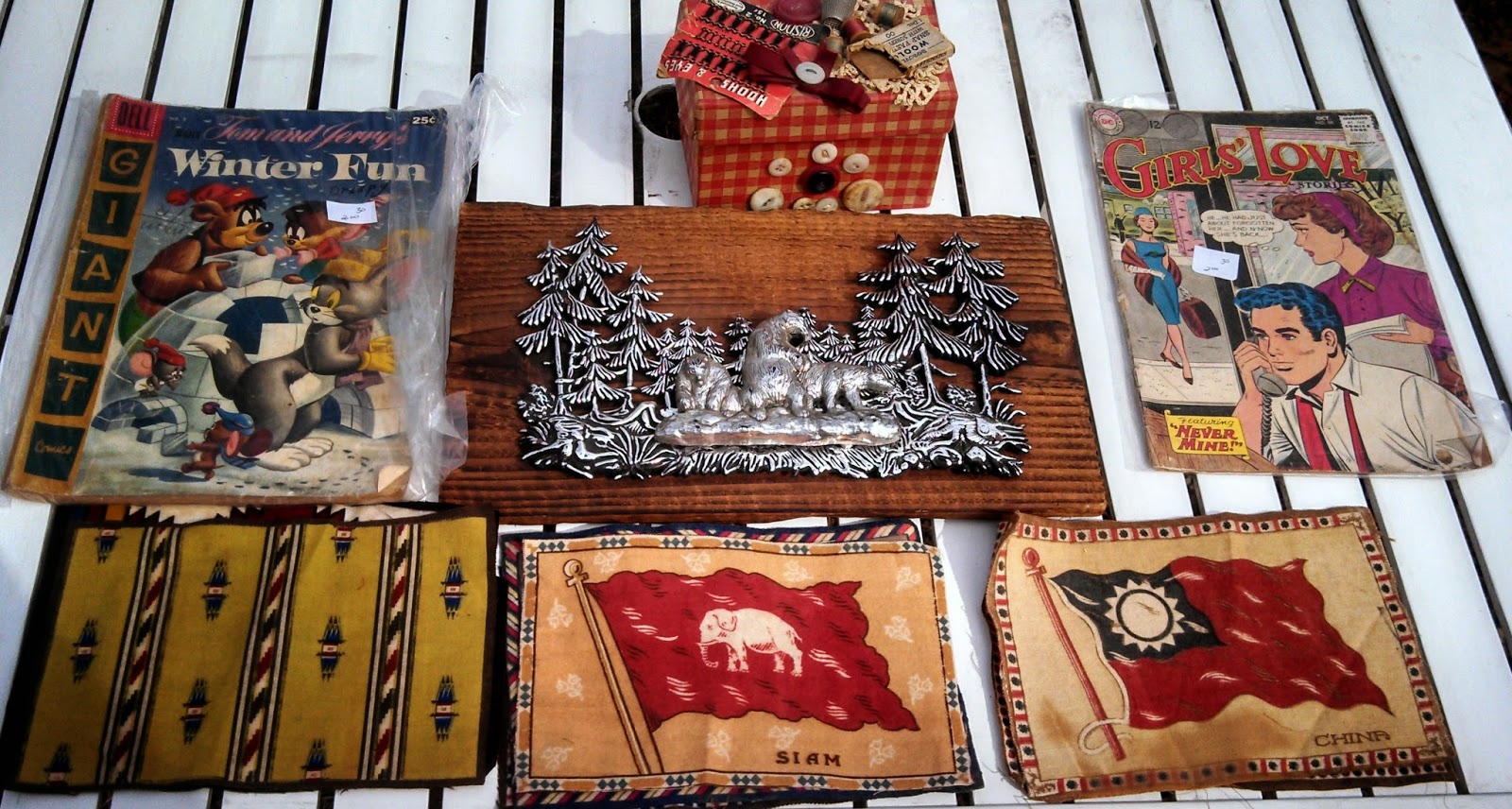 The flag pieces may be the find of the day.  They were all in one bag, which cost less than five bucks!  A couple of them have some stains on them, which I am terrified of cleaning for fear of ruining them.  I'm thinking that the Austro-Hungarian flag means that this set dates this set to pre-World War I, since that empire ceased to exist afterwards.  Arizona became the 48th state in 1912, so that's the about earliest they could date to. Germany was recognized as the German Empire during this period as well, which explains the use of all the flags on that piece.  Quite a find, I think.

Next we have an awfully big stack of books for someone who just had a massive book sale, huh?  Religious books are one of those steady sellers for me.  My favorite thrifts locally are the St Vincent de Paul stores, which naturally have a lot of religious articles and books.  This stack (along with all the manga and comics) come from the same store, which is right across the street from my Peddlers Mall.

I'd been waiting on those comics to go half-price and therefore become affordable.  Mission accomplished.  They have a new kid working the register there, and Saturday he was wearing a Totoro t-shirt.  (Nerds notice these things.)  He turned about three shades of green when I plopped the Shonen Jump stack on the counter.

Him: I didn't know we had any Shonen Jump.

Then he tells me about the anime party he's getting ready to have.  We (nerds) are everywhere! 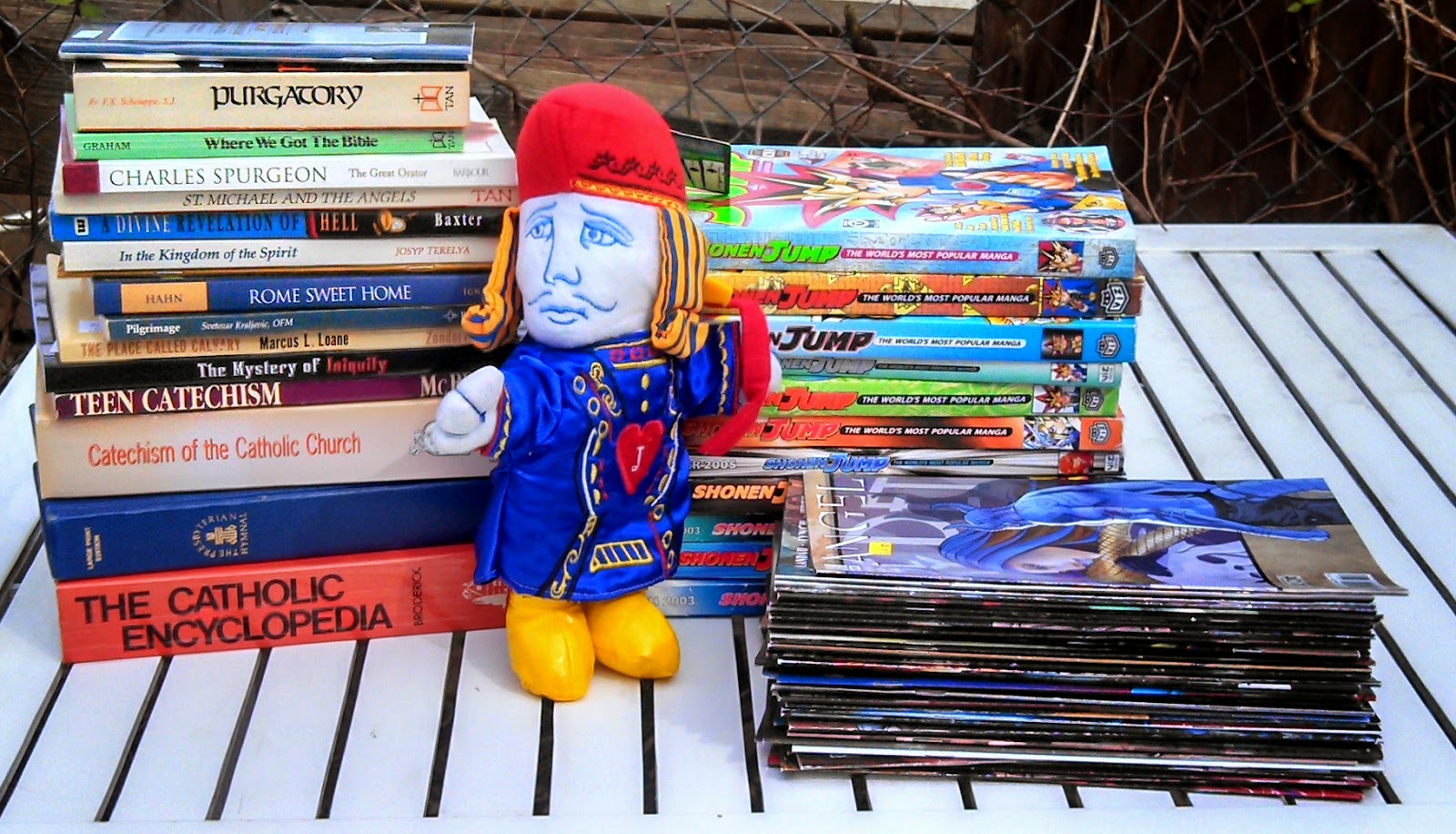 Look at all this wee, sweet pottery!  I must have been channeling my inner Shara!

Finally, an odd pair.  A vintage Raggedy Ann book and a plaster reproduction of Veronica's veil. 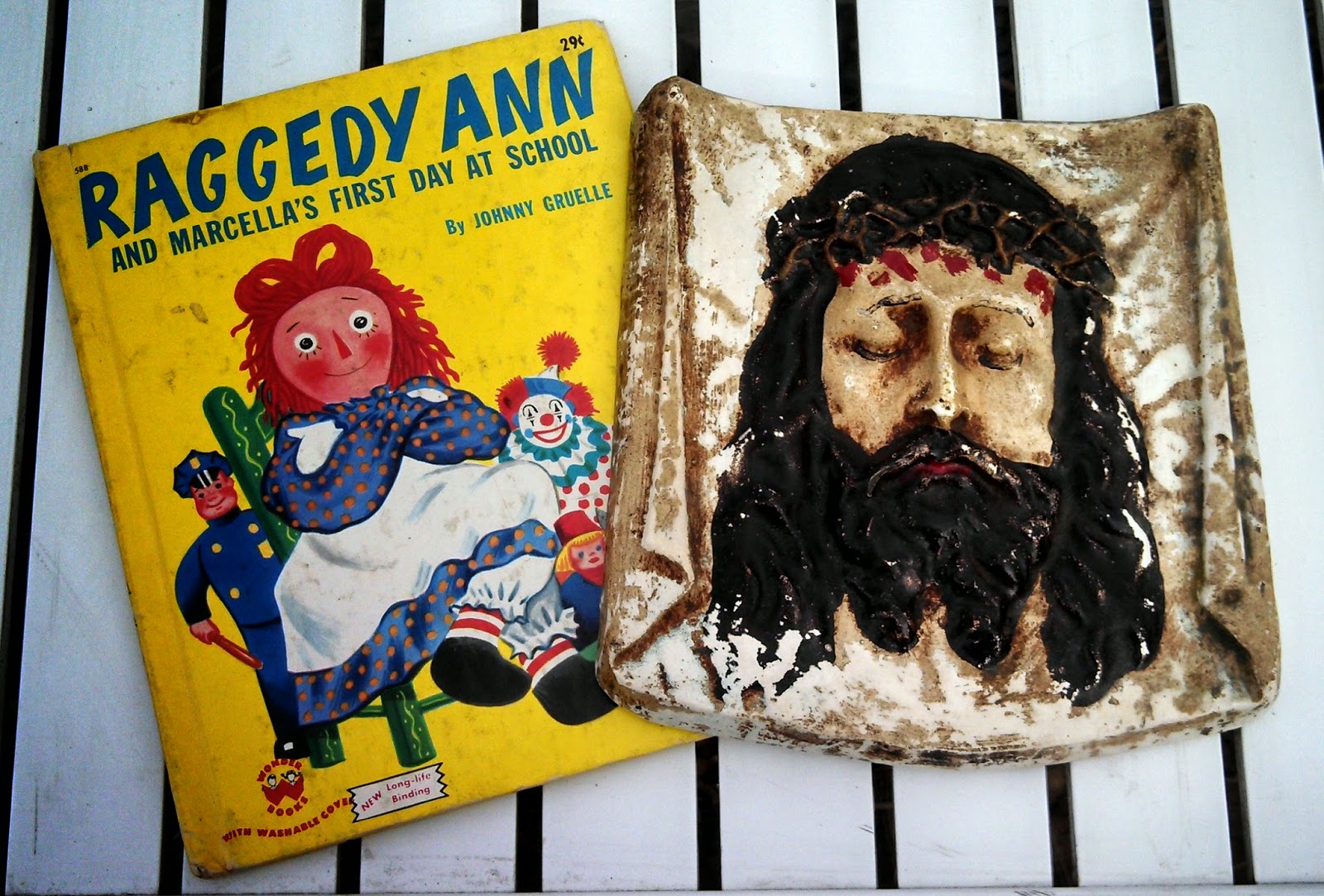 "If I have a booth that is only full of things someone like me would like to buy, then I am greatly limiting the amount of success I can have."

Words of wisdom for all resellers to live by. My daughter and hubby watch Deep Space Nine on our Roku every night. There were a lot of episodes in that series!

I know I've said it before but I'll say it again, if we all liked the same stuff, we would have a very dull world!

My husband is a Star Trek fan - we have every one of the Christmas ornaments!

I have some of those tobacco flags, I'm just not sure where!

You got some great stuff! There's nothing like that good feeling you get, when that happens!

The flags are quite the find - probably sold as souvenirs.A number of treasures there - love the Raggedy Ann.

Such an eclectic group of items! Love the flags, but my fav is the tiny blue pottery piece. Shara is the Queen of pottery but I'm a follower :) Lots of books and movies. It's good to have a wide variety in your booth!
hugs,
Linda

Fun things as always. My junking has been sparse, I need to channel my inner Eddie! The pottery with the writing is interesting, I hope you will research it a bit. I just bought The bean a big stack of Shoen Jump mags at the SCT, but he didn't like them. DON'T HATE ME!

Good stuff. You are so right about having stuff in your booth that may not be your thing but will certainly be someone else's great find.
Joy