Stations of the Cross

Since it's Good Friday, I've got three to share with you this time.  First is another Liguori Stations, this time with a brilliant red cover. 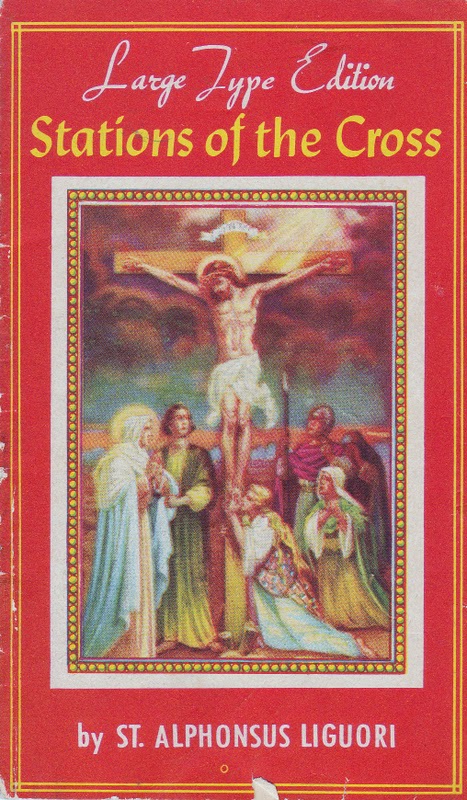 The illustrations in both the first and second booklets remind me a lot of the style of art used in vintage Protestant religious materials I've seen.  When I was a kid, it was still pretty common to have posters and pictures from the 40's and 50's still in use in Sunday School.

I spent a summer in college working at a church in Miami with a couple of retired missionaries.  They had been retired by their agency, but insisted on continuing their work on their own.  It was a trip, let me tell you.  They had been there over 40 years, by that point.  One day, they asked me to take some stuff to their storage closet, which was actually a large room.  It was stuffed to the brim with every picture, book, Bible, hymnal, poster, magazine, flyer, leaflet and booklet they had ever used.  These ladies threw nothing away.

I ended up spending a half hour up there.  They thought I had left for the day, but I had to check stuff out.  The graphics and things were so amazing!  I slipped a couple of old church fans out to take with me.  (Shhh!)  I think about all of that stuff there days and wish for just one more chance to visit that room.

But I digress.  Back to the Stations of the Cross.

The cover to this second booklet is my favorite of the bunch.  I love the somber, moody feel.  The image is almost ethereal, like it's being projected by that little flame on the "W" in the word "Way."  Cool effect, that. 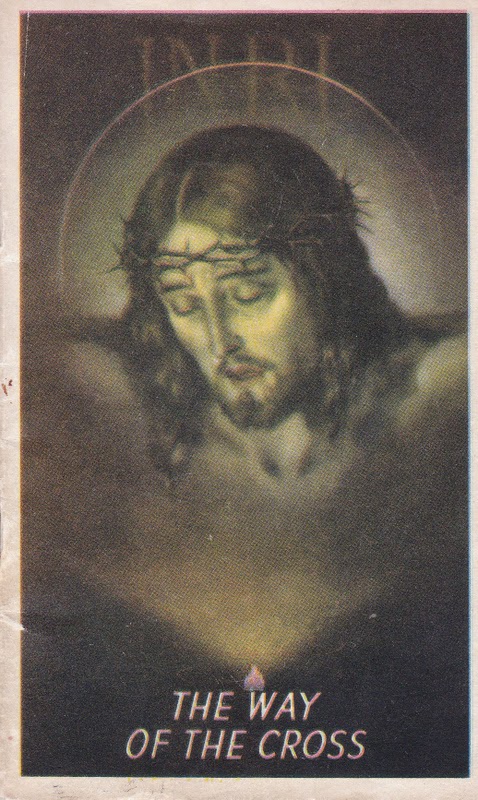 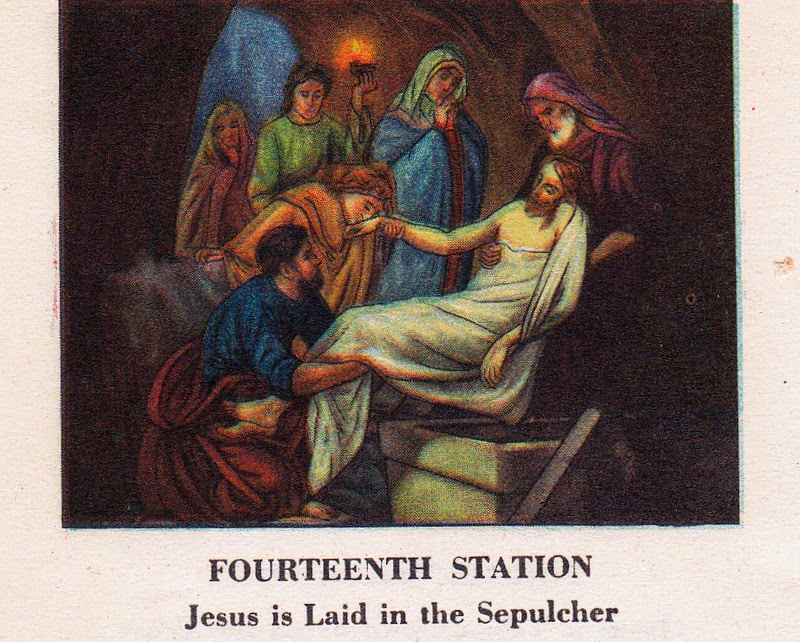 This last booklet is not really a Way of the Cross, but rather a devotion for Good Friday itself.  There are no illustrations aside from the cover, but I wanted to include it, since the service may also include the Stations.  The church name stamped on the front is a local church that is still in operation.  I always love finding things with local connections, even if it's just a name stamp. Email ThisBlogThis!Share to TwitterShare to FacebookShare to Pinterest
Labels: junking memories, Parade of Vintage, Stations of the Cross, vintage, Vintage Religious Booklet of the Day