I found this baby the other day while I was working my booth.  Another vendor had it for sale and it was cheap! 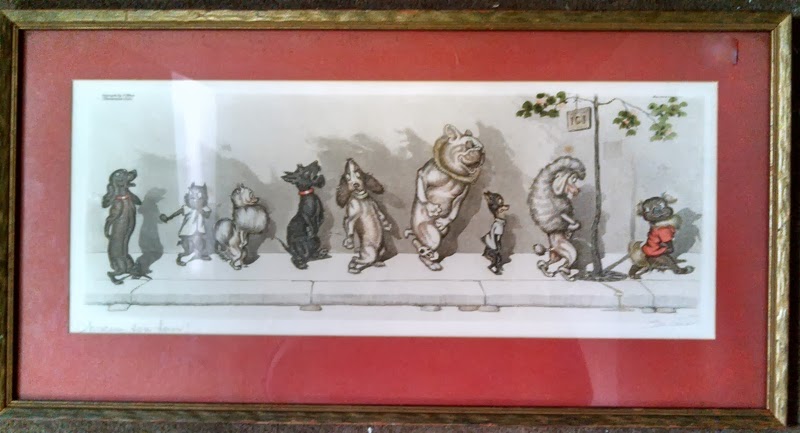 I tried several times in several places, but could not get away from the glare on the glass.  This was my best shot.  Damn overhead fluorescent lights.

I thought the entire picture, dogs lining up to use the local tree, was too funny, but the real delight is in the details. 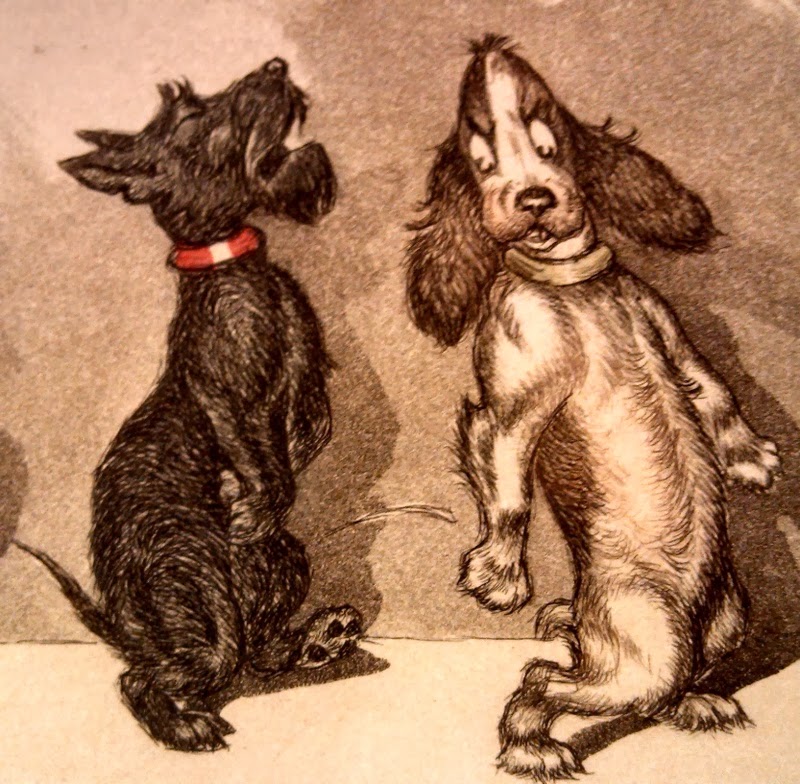 This little guy just can't hold it, much to the chagrin of the guy in front.

The caption, which is handwritten in pencil, roughly translates from the French as "Wait your turn!"  Thank you three semesters of college French with Mlle. Watkins and Mme. Andre and that really cute dude who was the husband of the German prof who was head of the Foreign Language department.

This copyright info helped with the identification.  Charmarande is a small village in the burbs of Paris.  O'Klein is the artist.  He was a French cartoonist known for his humorous prints of dogs.  Apparently urination was one of his themes, according to Wikipedia.  A Google image search for his work brings up tons of fun little cartoons, including mine.  He was quite prolific, it seems.

Blurry signature, which doesn't look like O'Klein to me, but whatever. 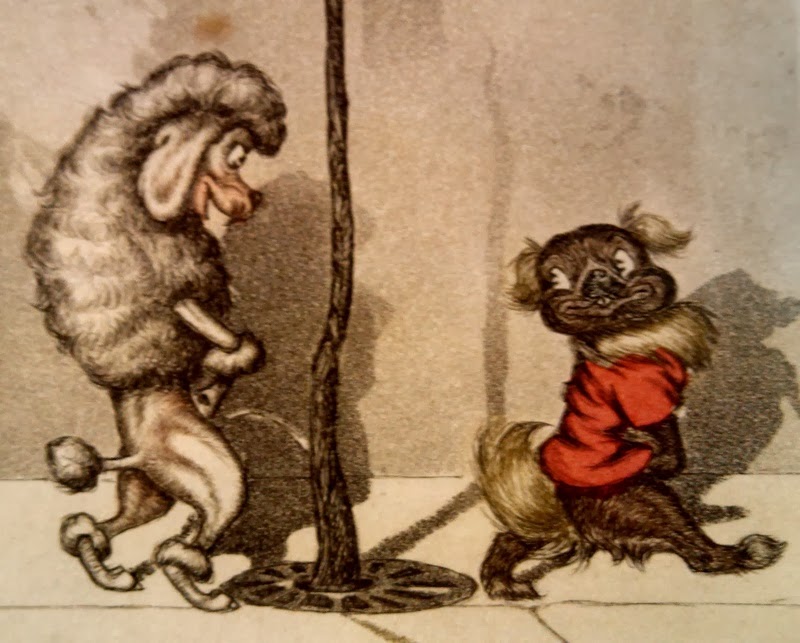 The head of the line.  I love the satisfied look on the face of the little guy who's finished his business! 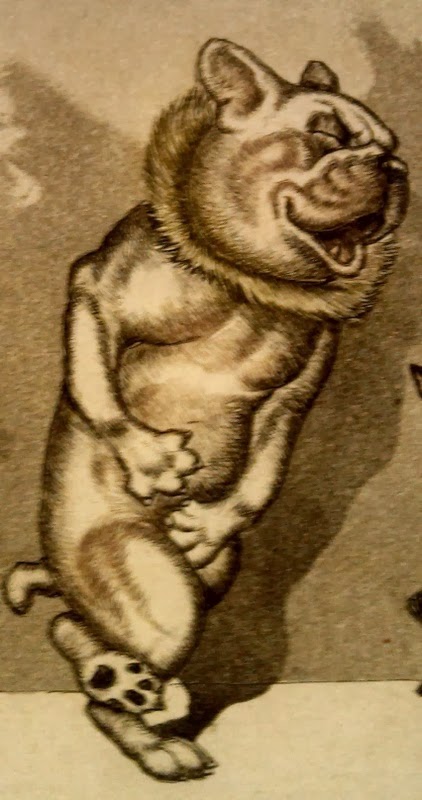 I look like this when I have to wait too long in the line for the bathroom! 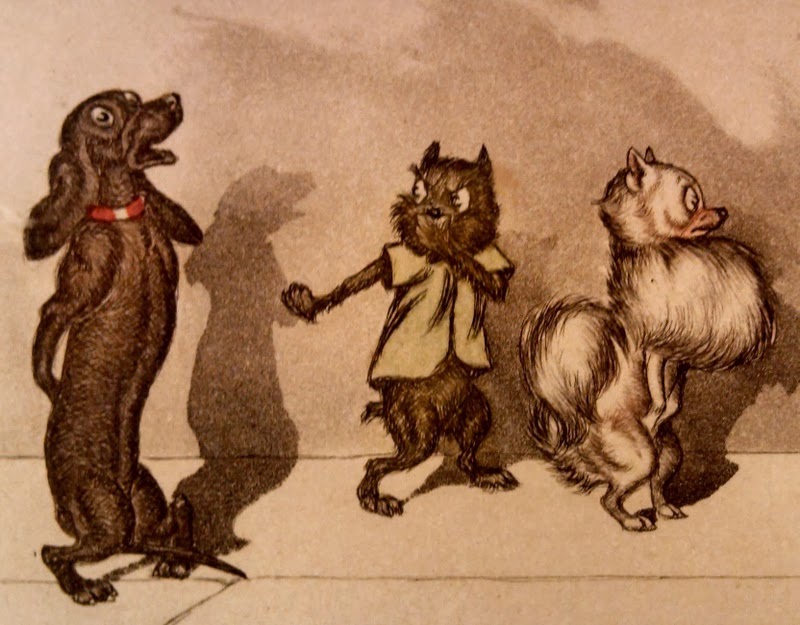 Pity the poor guy at the end.  He's got some different business to conduct.

So, now I have a dilemma.  Keep or resell?  I have to admit that I'm really captivated with this guy's work and would kind of like to have some more of it.  I need another collection like I need more work to do, but I really like this!  A quick Amazon search did not pull up any kind of a book about O'Klein or collection of his art.  That would have solved the problem easily.

I think I'm going to have to keep this one while I figure it out.  For now, it's hanging in my storeroom at the Peddlers Mall.

What would you do?

KEEP! But then again, I always do!! When the time is right to part with it, you will know.

I agree with svelteSTUFF. I've sold things too quickly and regretted it later. If you like it, take some time to enjoy it.

I agree, keep it. Selling it later is always an option. It's very cool, by the way.

Keep it! You can always sell it later!

what a fun find. I say keep it! thanks for sharing at TTF!

Love it! What a cute print. I say keep and as they said you can always sell later!