First off a little disclaimer.  I've been an Emmylou Harris fan since I was 16 years old.  I'm a wee bit biased.  My nickname for her is "The Goddess of Music."  There's a high chance that I'm going to gush a bit.

Outside, it was rainy, snowy, sleety, icy, yucky, icky and cold.  Inside, we didn't care, because it was 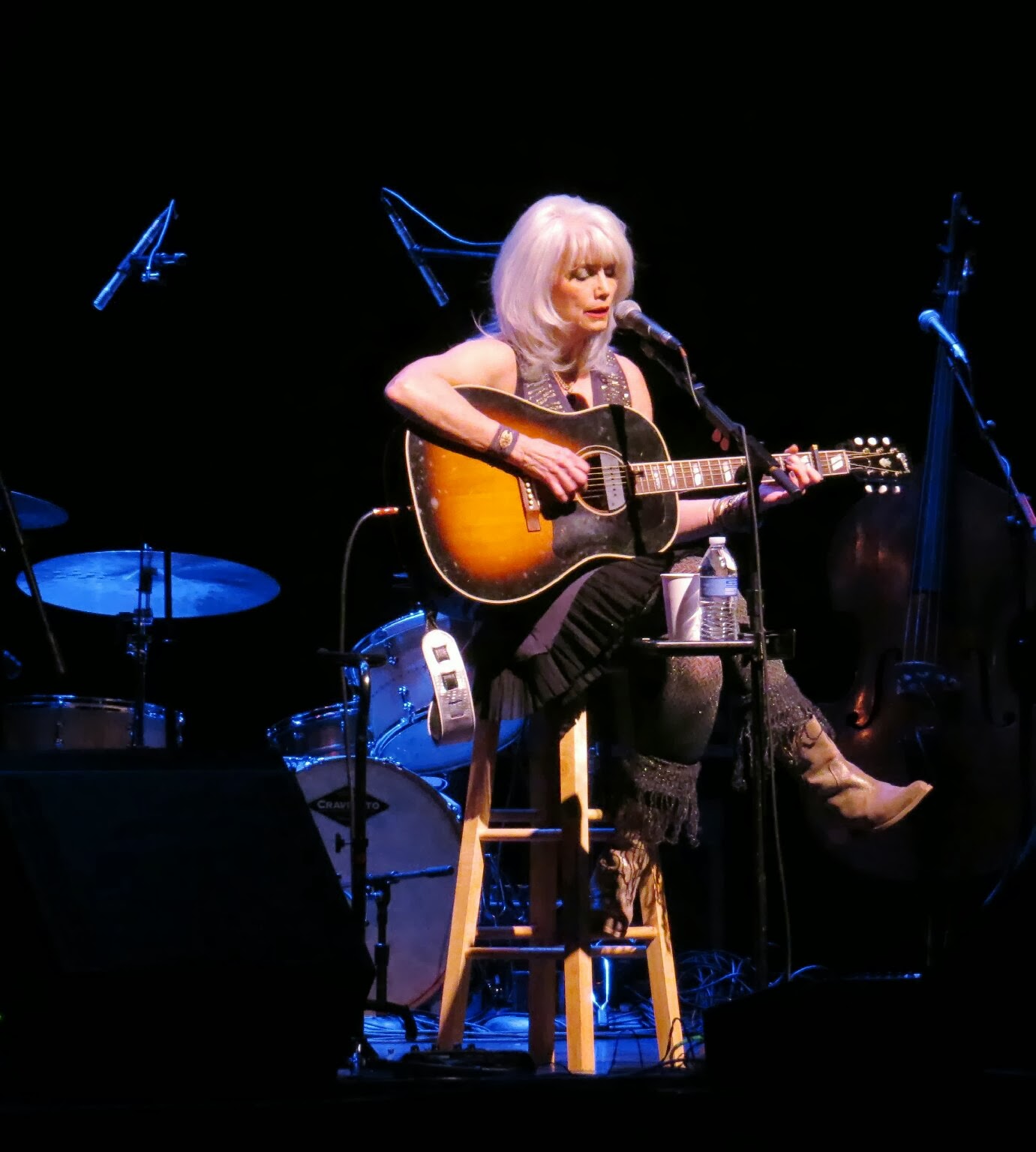 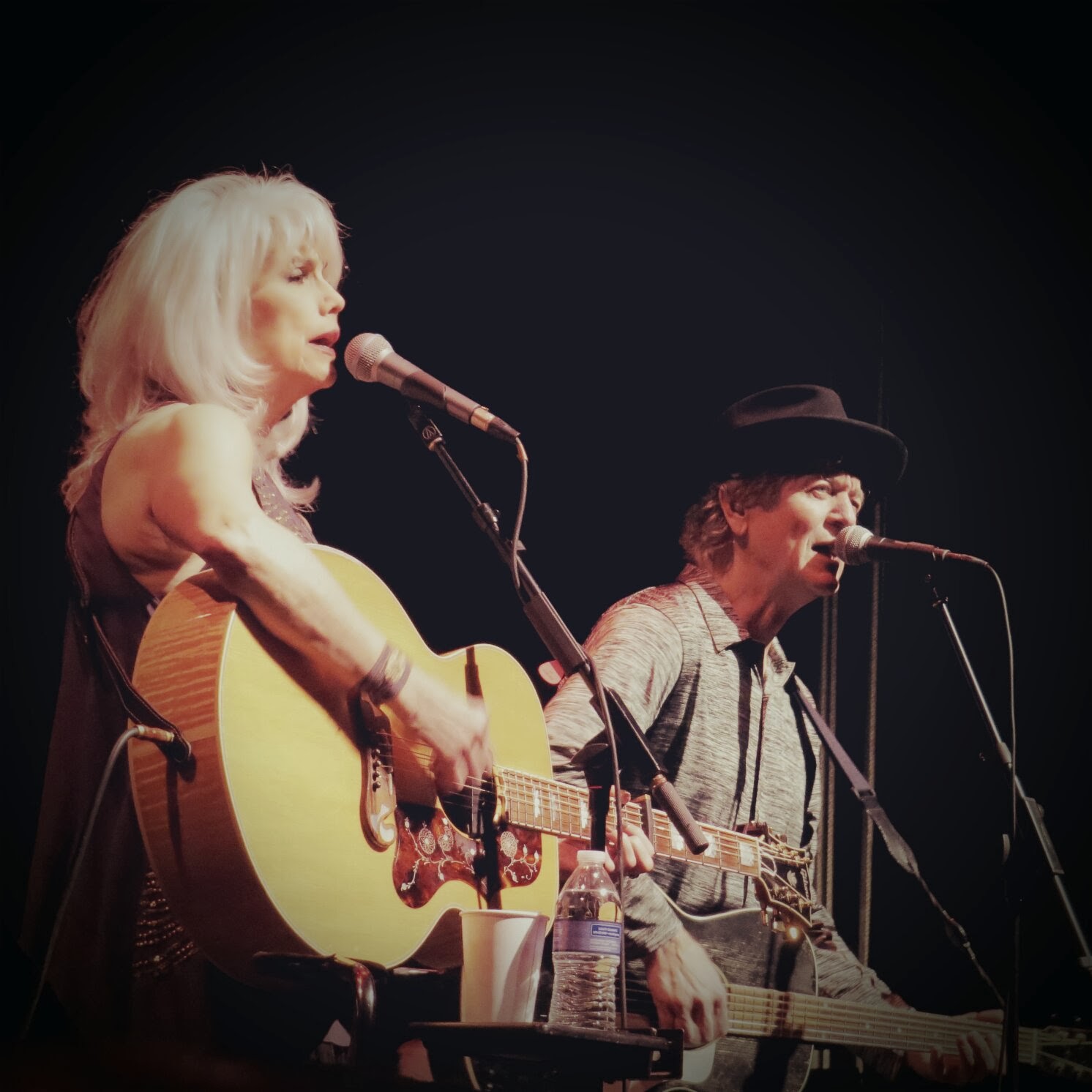 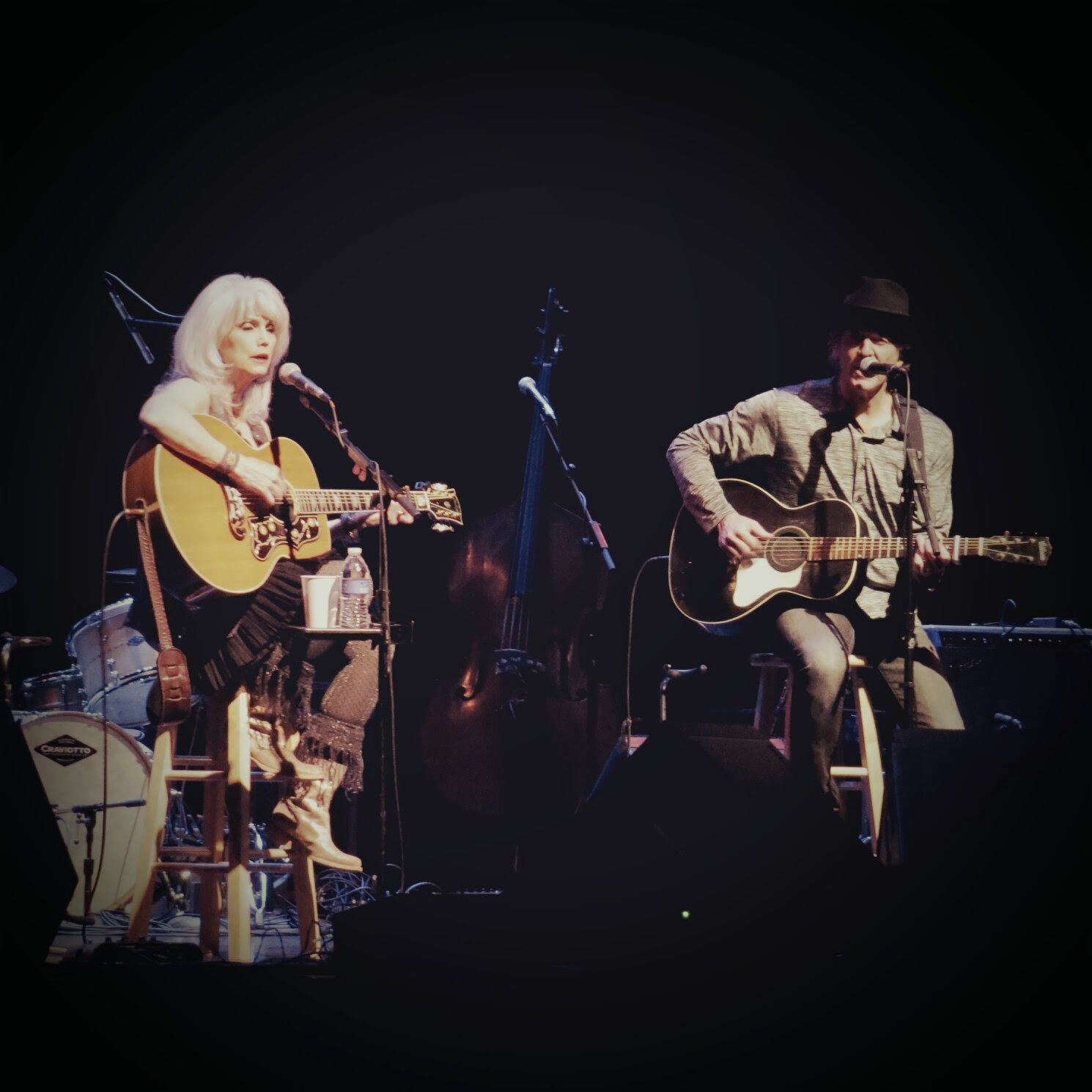 You can quote me on that!

From the opening ("Grievous Angel") to the last encore ("Boulder to Birmingham"), it was two hours of non-stop musical heaven. Just about every phase of their long and varied careers were represented, with a healthy sampling from the days when Rodney was a member of her Hot Band and a nice selection of stuff from their Grammy-winning duet album Old Yellow Moon.  (Emmylou joked that it was "40 years in the making.  She noted that they had meant to do it from the beginning of their friendship, but they "got kind of busy.")

Their band was way hot, especially the guitarist, Jedd Hughes, who is already making quite a name for himself as a musician.  He was totally smoking, rocking the house on classic tunes like "Luxury Liner" and "Even Cowgirls Get the Blues."

The show was so good that it's hard to pick out highlights, but I'll try.  I was totally psyched that they did "Leaving Louisiana in the Broad Daylight,"  my hands-down lifelong favorite ELH tune.  I've seen her live three times now, and every time she's done it.  I feel kind of spoiled.

Watching them do "If I Needed You" brought tears to my eyes, because it made me think back through last year and how I never would have made it if not for Keith.  Hell, he even bought the concert tickets as a part of my birthday!

Throughout the show, they would open the songs with just Emmy and Rodney playing and the band joining in bit by bit.  I loved seeing her playing showcased like that, since she frequently downplays it.  I was really impressed at the way the two of them, playing alone, were able to recreate the dense, moody atmosphere of the recorded version of "Red Dirt Girl."

I'm hoping that now that this tour is over and they're moving on to other things--they each have new projects due out in the spring--that she'll make "Spanish Dancer" and "Back When We Were Beautiful" from their album part of her regular concert rotation of songs.  With a career as long as hers that's filled with as much good music as hers, I know that she has a lot to choose from when it comes time to make a setlist.  I think those two songs will fit in well with her established repertoire.  Ditto for "Old Yellow Moon" which was so perfect on Tuesday night that I almost shouted "AMEN!" at the end.

At the very end of the show, she brought her dogs on stage to meet everyone and made a plea for adopting shelter animals.  She runs a dog rescue in Nashville, so this is a cause she really cares about.  It was a neat way to end the perfect show.  You can see pics of her dogs (plus the band, taken right after the show) on Rodney's Facebook page.

Setlist (as best I can remember):

You lucky duck. I've had a mad crush on ELH, especially since her hair started turning gray.

I'm glad you were able to go and that you enjoyed it so very, very much. You deserved a GOOD time!

So glad you were there. Thanks for the sharing. Great Birthday present.
Joy

Oh, how fabulous! Emmylou is my husband' s favorite female artist , and I love her, too. That reminds me - I found an LP at a thrift store that I was thinking I'd save until his birthday ( I know it's around here, somewhere...). Nice post! So glad to hear that you had such a fabulous time!