It has been a while since I did a "Linking Around" post here on the blog.  I need to rectify that, but don't have time right now.  Instead, here's a scaled down version, centering on three things that I like:  soap operas, comic books, and Emmylou Harris.  Consider this your "Eddie's gonna talk about soaps and/or comics" warning.

I'm pretty psyched to read that Emmylou's new project is a re-release of her seminal work, Wrecking Ball, with extra material, including a "making of" DVD.  While it's odd that they decided to do it this year, instead of waiting to do a 20th anniversary reissue next year, this is one to look out for.  Even this far down the line, it's impossible not to look on that album as a career-defining moment for her.  It rattled long-time fans' cages and set her loose on a new, introspective career path, where she's still mining gold.   It's a classic in every sense of the word. 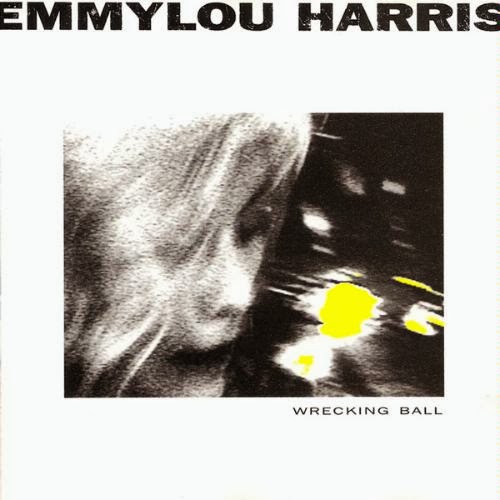 I'm excited about the upcoming reissue.  She'll be doing some touring with Daniel Lanois, who produced Wrecking Ball,  but I don't know if it's going to come near here.

I hope this will help people think about more than this, when they hear the words "Wrecking Ball."  Not that there's anything wrong with Miley Cyrus' song.  It's a little overblown, but it's not a bad pop song.  The video isn't so much scandalous as it is cheesy and overly literal.  I do think this version is a hoot!  And this will be the last time I ever mention Emmylou Harris and Miley Cyrus in the same post.

The always awesome Roger Green (Check out his blog!) left me a link to a vote that chose Days of Our Lives as the greatest soap opera of all time.  It's really interesting, because it was done as a bracket, tournament-style.  The match-ups and outcomes are quite interesting. 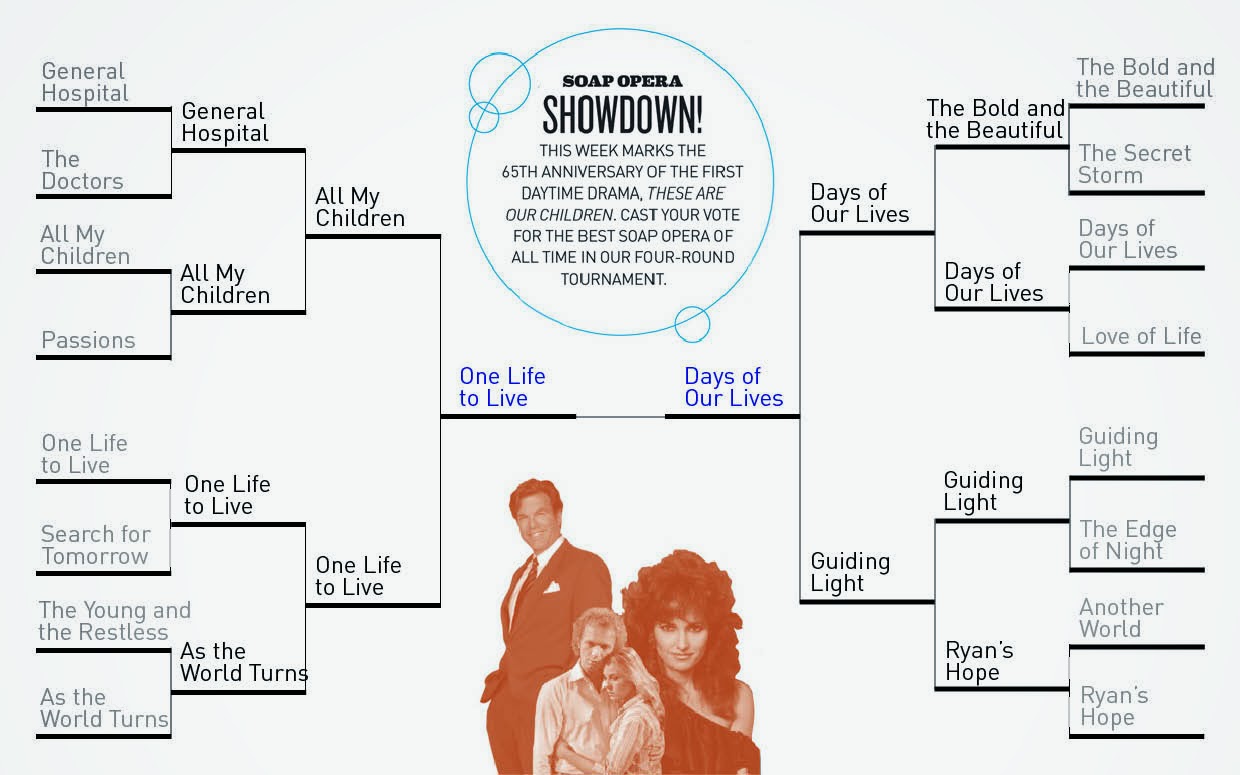 While I totally appreciate the inclusion of the great soaps of the past, the outcome of those early rounds is not surprising.  Some of those shows have been off the air for decades.  While they'll always be fondly remembered, there are soap fans who have never even seen an episode of them.  I have been able to see at least one episode of most of them, thanks to YouTube.  My grandmother used to watch Edge of Night, and I saw a few eps with her.  I really got into Ryan's Hope when they were airing it on SoapNET.

The real surprise in the first round was ratings powerhouse The Young and the Restless (which has been the top Nielsen-rated soap for decades) losing to As the World Turns, which went off the air a few years ago.  I guess that cancellation still stings. ATWT is an old fave of mine.   It was the first soap I got into heavily.

All of the soaps that got axed most recently did well in the voting, it seems.  Three of the final four shows are not on the air any more.  All My Children defeating General Hospital makes sense, I suppose, even though GH is the only show left from ABC's once-venerable afternoon line-up (which included AMC).  It seems right that Erica Kane would defeat the juggernaut that is Luke and Laura.

I was really happy with the Final Four.  I was really getting into One Life to Live when it was cancelled.  I was never that much into AMC,  but Guiding Light was another one of my early soap faves.  (I was a CBS Daytime boy for ages!)

These days, though, my heart belongs to Days, although General Hospital  is just about unmissable for me.  In other words, I totally agree with the outcome and thank Roger for sharing the link with me.

Laying aside the not getting paid part, one of the nice things about having no work snow days was that I got to catch up on some comic book reading.  One of the things I read that I really enjoyed was the final Courtney Crumrin series, which I picked up out of the quarter boxes at Half-Price Books a few weeks ago.  I was unaware that creator Ted Naifeh had brought the Courtney franchise to a close.  It was one of my favorite series of the last decade.  I thought he wrapped everything for Courtney up quite nicely.

Courtney is the story of a misfit teen living in a snobbish, elitist community who discovers that she has inherited magical powers from her great-uncle.  Think Harry Potter, but sullen, withdrawn, and sarcastic.  She makes unbelievable mistakes along the way and hurts as many people as she helps.  She's actually about as anti-Potter as you can get.  She's also incredibly funny and has a charm all her own.

It was a real pleasure to read the finale to Courtney's story.  All of the various Courtney comics have been collected into book form, making the series easy to try out.  Also, the first issue of this last series is going to be part of the Free Comic Book Day giveaways this year!

I used to watch the Edge of Night! I remember a character named Raven. And I was a big Ryan's Hope fan too!! After that went off the air, Loving came out. I started watching ABC soaps in the 70's but then I stopped about 15 years ago.

I don't watch Soaps, read comics or listen to Emmylou, but it was still interesting to read what you wrote!

*I did go through an All My Children/General Hospital phase in college. But, I think everyone did.....

A friend of mine, big Emmylou fan, bought WB, and did NOT like it at all. I told her to give it to me. She did not, so I bought it myself. GREAT album.

My soap period started in 1990, though I as aware of my grandmas Edge of Night/Secret Storm, which I'd see after school, and Search for Tomorrow, which I'd occasionally see in the summer. Generations, Days, AW. G got canceled, DOOL got loopy, but I stayed with AW until near the end.

I will have to ask my daughter if she knows of Courtney Crumrin. Right now she's totally in love with the Assasins Creed series of video games.

I used to watch both of these soaps. In the days before VCR's (or at least we didn't have one) my mother let me stay home from school the day Luke and Laura got married! I was in 7th or 8th grade?