I have a new friend. 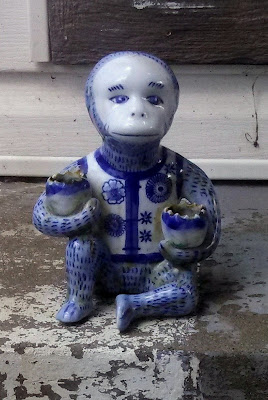 His name is Monkey.

He has a friend. 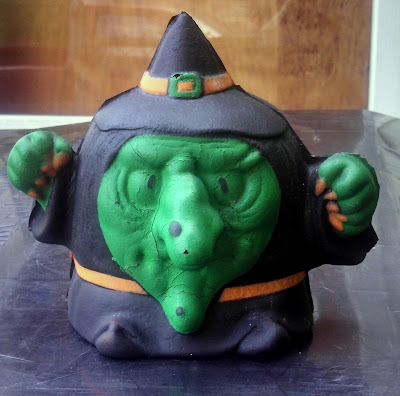 Her name is Witch. 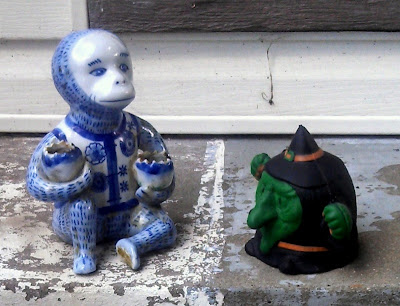 The other night, we had to move the computer (we have an all-in-one) to check some of the cords.  In the process, Keith pulled out Monkey and Witch.  They'd been back there for a while, and I had totally forgotten them. 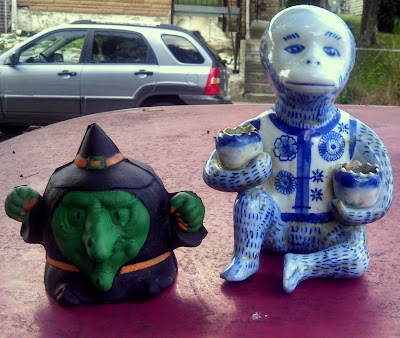 I picked up Monkey at Goodwill a while ago.  Isn't he cute?  His little pots serve as either candle or incense holders.  He'd been pretty well-used, with burn marks, ash smudges, and smokey smears all over him.  I'd been able to clean him mostly up, but a few stubborn marks won't come off.  I set him aside, planning to give him an Oxy-Clean dip to finish the job.  I think he's got enough glaze on him to protect his paint job. 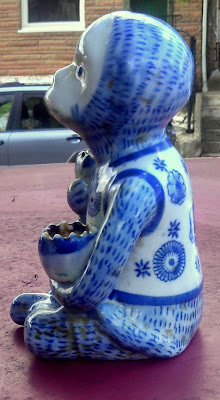 I left him sitting on the desk, to remind me to finish cleaning him up.

In the meantime, Witch came home.  She'd been in the booth for last Halloween, but had taken a broom ride around the mall or something.  At any rate, she wasn't in the booth when I came to take down the Halloween stuff.  She did make it back a little later, so I took her home.  Since the Halloween stuff was already stashed in the shed, I set her aside to take out the next time I went out there. 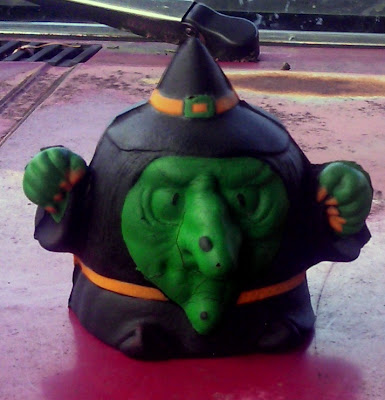 Somehow, Monkey and Witch managed to slide behind the computer, and I forgot about them.

Now that they're out again, they've been keeping me company.  I talk to them.  They listen to me.  They wait patiently for me to come home each day.  We have tea parties together.  And do crafts.  And read stories.  I'm afraid I might be getting a bit too attached to them. 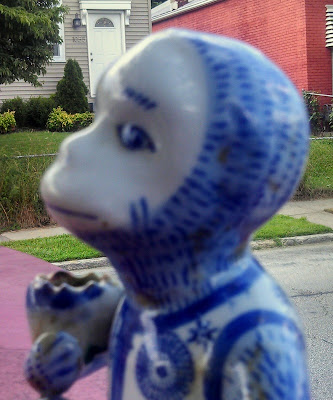 What if Monkey doesn't want to go to a booth and be sold? 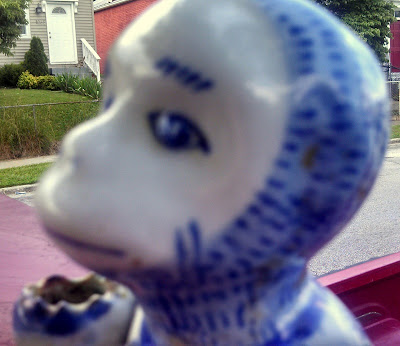 Email ThisBlogThis!Share to TwitterShare to FacebookShare to Pinterest
Labels: fun finds, the booth

Hey, hey, he's a monkey. And people say he monkeys around.