Saturday, we loaded up the car and headed out on a brief road trip.  At my grandfather's funeral, I noticed that the flowers on my parents' graves were really weatherbeaten and tattered.  The cemetery is not far away from Louisville, but it's far enough that we don't get over there very often.

This is the kind of thing we could have done in a day trip--just pop down there and back--but I wanted to make a bit of an adventure out of it.  I planned for us to take the old highways, rather than the parkway, and hit the flea markets and thrifts along the way.  I also got us a totally unnecessary hotel room, because I wanted to make it an overnight trip.

Usually by this point in the summer, I've gone camping with Keith at least once.  With the chemo, I'm just not up to roughing it, but I really wanted to get away with him. So, even though my old hometown is less than two hours away, I still got us a room.

Unfortunately the junking was not good.

First stop was an antique mall that I've always wanted to stop in.  It was totally not my kind of place. 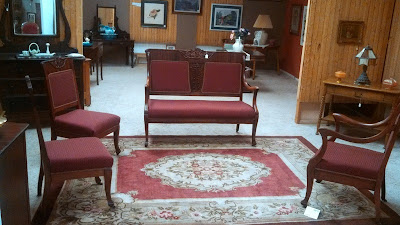 Seriously not my kind of place.  With prices to match, I might add.  Although I did see a couple of cool things, like these replicas of the Chinese terracotta warriors. 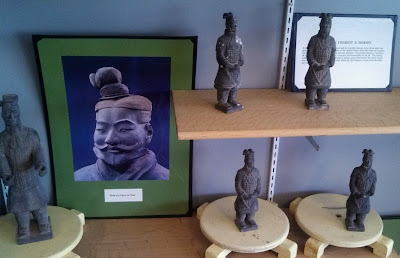 I even made a new friend, although I'm not quite sure if her intentions are honorable. 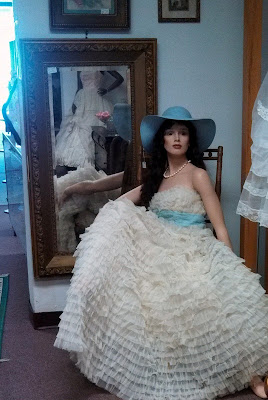 I also saw one of those old-timey comic book racks like they used to have in store when I was a kid.  I've always wanted one!  It's kind of sad to see the dilapidated older comics sagging out of it.  Those are not the most practical means of long-term storage and display for comics, because they don't provide adequate support.  You would think someone who is trying to get $28 or $52 out of a comic would know that.  Just about everything on the rack was really ratty from being stored there too long. 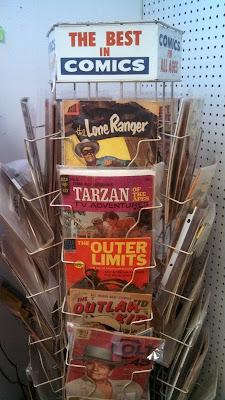 I was most looking forward to hitting the Bowling Lanes Flea Market.  I have fond memories of shopping there as a kid.  Sadly, my memories from Saturday are not as fond.  I only bought like two or three things. 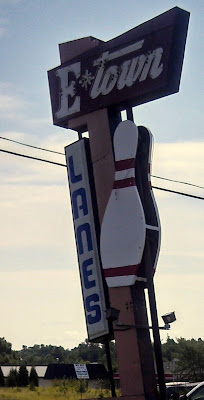 The lot where the flea is used to be home to a bowling alley.  All that's left now is the sign.  When I was a kid, the building was still there.  People used to set up all over the parking lot.  There are still outdoor set-ups today, but there weren't very many on Saturday.  I think it might have been the heat or forecasted storms. 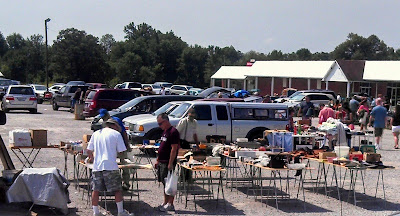 There's also an indoor component, which was totally missable.  Every booth was a wreck, and over half the vendors weren't even present in their spaces.  It was really disappointing.  As usual, at these indoor/outdoor kinds of set ups, the best shopping was found outdoors.  There just wasn't much of it. 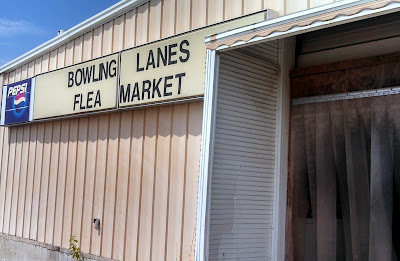 Since shopping had been so light, I decided to hit a vendor mall.  Pickings were slim there too.  How slim?  This slim: 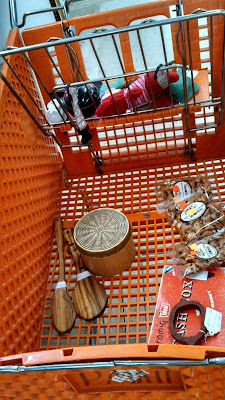 To be honest, I did put a couple more things in the cart right after I took this pic.  Still wasn't much of a haul.

I did come across this great new idea for booth security and theft deterrent that I cannot wait to try in mine. 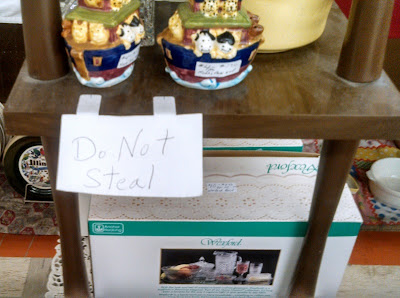 There were probably some bargains in this bin, but I'll never know.  I'm all about the digger booth, but not when I have to bend over with my butt in the air!  Ain't happening. 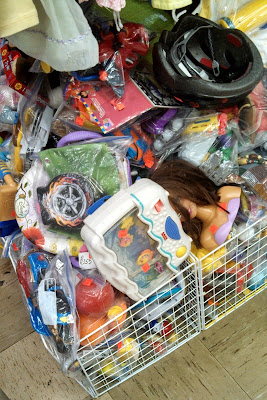 I did see Donna while I was there. 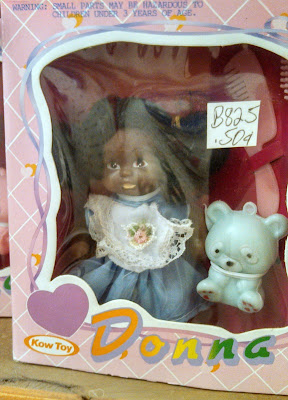 After this we hit a thrift that wasn't all that thrifty.  We have a couple of these kinds of places in Louisville.  They call themselves "upscale resale."  They're very selective in what they accept for donations, so their prices are way out of line with the typical thrift experience.  I did find a few things, but I don't think I'll be heading back.  I give the ones in Louisville wide berth too.

After a nice drive through the country, we finally hit my old hometown.  We stopped first at a local vendor mall, where again I bought very little, but I did get flashed. 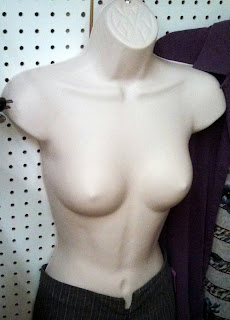 Then we headed to the cemetery (more on that in a few days), and checked into the hotel.  I was kind of glad I had made a reservation, as we were both pretty wiped by that point.  We had a nice Mexican dinner (my favorite), then retired for the evening.  I kind of overextended myself and did way too much walking.  I could hardly move once I got settled in a comfy chair.

The next morning was lovely.  The hotel's free breakfast included fresh pancakes, which was nice.  After we enjoyed a nice leisurely breakfast, we had a long talk together in which.....

Keith proposed and I accepted!

After all these years, he's going to make an honest woman out of me!  We're still working out the details.  We want to do it in a state where same-sex marriage is legal, with an eye to retiring there, if the rest of DOMA is not overturned in the next few years.  No matter what you may hear on the news, key components of the law are still in effect.  I'll probably have more to share about all of this as it develops.﻿
Posted by EM at 7/17/2013 05:00:00 AM

Congratulations! What a lovely post. Sounds like you had a wonderful weekend and the proposal was the icing on the cake! :D

I like how you just snuck that in there at the end...:) Congratulations!! :)

Wow, I did not see that coming! Was thinking it was great that you could get away but was not very productive. Congratulations to both of you!!

Awesome news! Congratulations! This was a great post all around, and i totally agree with Shara; The proposal is the icing on the cake!

Kathy said...
This comment has been removed by the author.
8:11 AM